UPDATE – OCTOBER 9TH – This title will be available to pre-order again from 12 noon on October 9th for a short time, with 500 copies available at the time of writing!

Zavvi are getting a new addition to their Pixar exclusive steelbook collection, and this time it Pixar’s latest, the critically acclaimed smash hit Inside Out.

This will include the movie on both 2D & 3D Blu-ray, as well as a THIRD exclusive bonus disc.

Pre-orders will be live around 9am UK time on July 24th, so ignore the ‘sold out’ button before then.

In addition, between 9am on the 24th and midnight on the 26th, you can save 10% off this range of Pixar & Disney merch, with offer code ‘INOUT‘

BD-2D EXCLUSIVE bonus Disc
Story or the Story
Mapping the Mind
Our Dads The Filmmakers
Into the Unknown: The Sound of Inside Out
The Misunderstood Art of Animation Film Editing
Deleted Scenes with Intros and Outros
Mind Candy
Selected Score
Remember trailer
Experience trailer
Japan Trailer 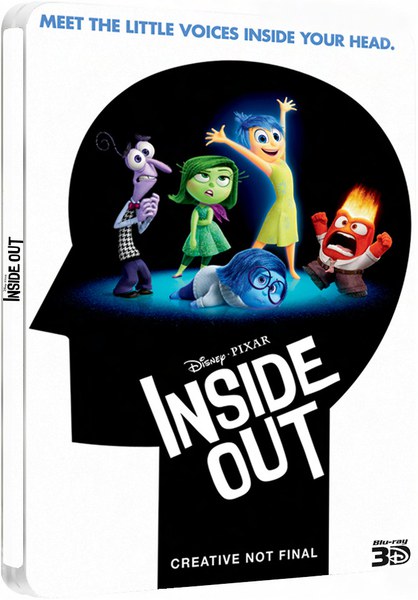