While HMV have the exclusive UK steelbook release of the movie, you can also pre-order this very nice looking limited ‘Day Zero’ Collectors Edition, which is only available via online pre-order.

The release date is still TBC, but pre-orders are live now, and you can check out the contents below.

A rigid shoebox with a crate outer design which contains:

BONUS DISC – SEVEN TALES OF MAKING THE MAGNIFICENT SEVEN
A unique perspective on the making of this epic film, seven tales that will take you inside the world of the movie. Woven together with graphic and narrative elements to create the feel of an anthology of stories, be immersed in every detail of how the film was crafted by Director Antoine Fuqua and his cast & crew. 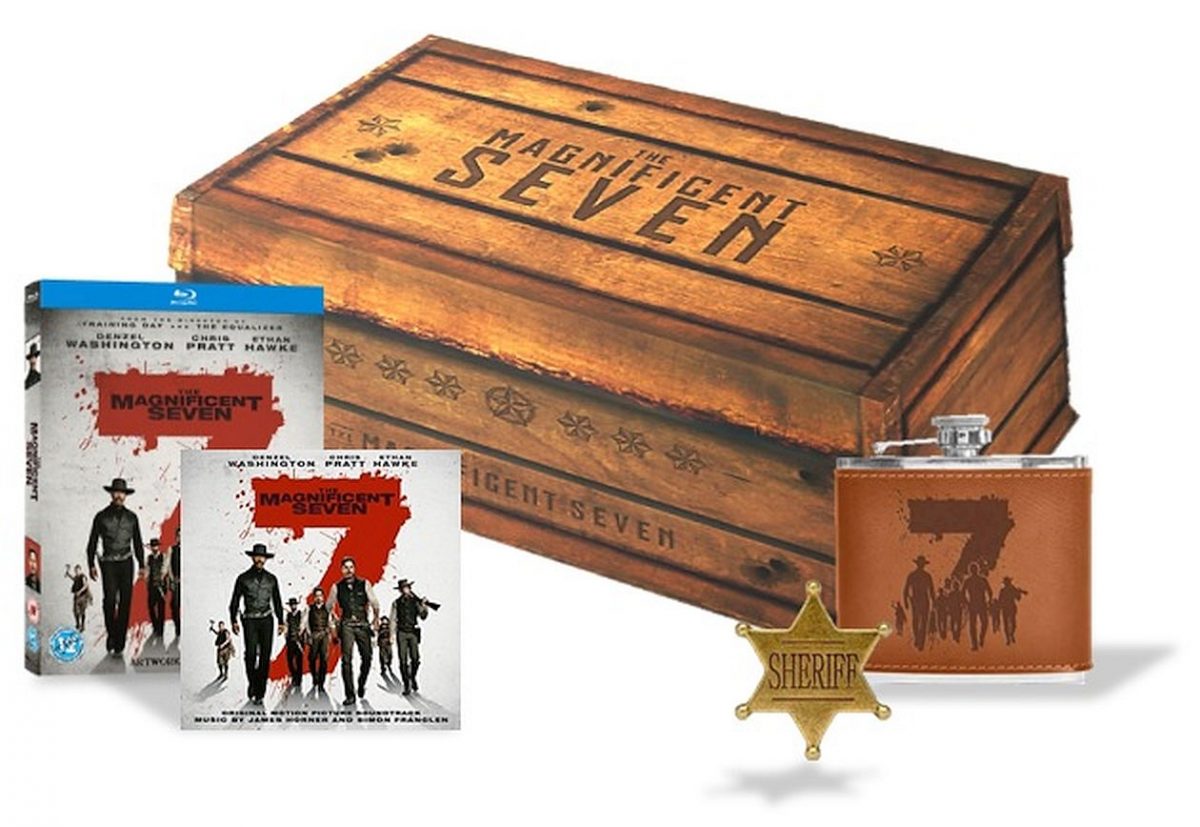