Stanley Kubrick, the greatest film-maker of the 20th century, didn’t make a huge number of films, but each one was a stone-cold classic. Yes, even the woefully under-rated Eyes Wide Shut.

Perhaps the most influential of all his work (or any film-makers’, come to think of it), his seminal collaboration with sci-fi visionary Arthur C Clarke, 2001: A Space Odyssey, is 50 years old this year. To celebrate, Warner Bros are releasing a new 4K restoration of the film supervised by the celluloid loving – and very Kubrickian – Christopher Nolan. This is straightforward remastering, taken from a scan of the original camera negative, so there’s no tweaking of the VFX (not that they need it). At the most we’d expect some simple repairs to any negative damage, but no other embuggerment of the film.

With a (hopefully restrained) HDR treatment, this should look as good as it ever has. The soundtrack will offer the choice either remixed and restored 5.1 DTS-HD Master Audio, or the original 1968 6-track 70mm audio mix (also in 5.1 DTS-HD MA).

This 3-disc set will include the movie on 4K & Blu-ray discs (the Blu-ray will use the new 4K remaster as its basis), as well as a Blu-ray disc of extras. In the box you’ll also get a booklet and some collectible art cards.

No word yet on a UK steelbook, though based on Warner UK seemingly not giving a toss about 4K steelbooks, don’t hold your breath. If we hear more on that front we’ll let you know. 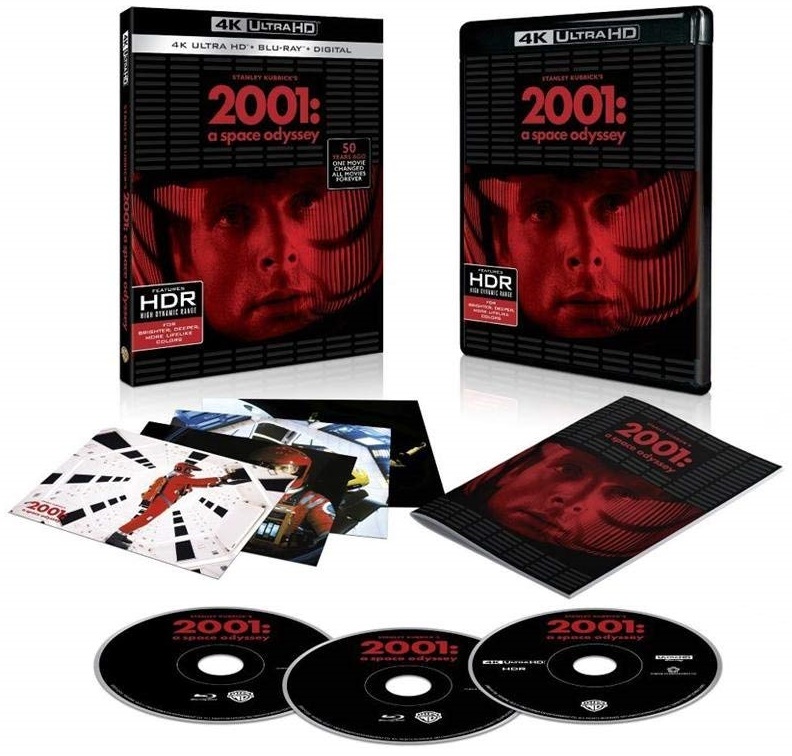