Though not officially part of the MCU, this new 4K steelbook release Ang Lee’s Hulk movie will be a welcome addition to any collector’s shelves.

This release includes a metallic card slipcase and art cards.

This will also be available in a limited, numbered boxset with The Incredible Hulk.

This limited edition steelbook includes Hulk (2003) on both 4K UHD and standard blu-ray and features striking newly-commissioned artwork inspired by the transformation of Bruce Banner into the Hulk. This is the first release of Hulk in 4K UHD in the UK. The steelbook includes 4 glossy artcards and a die-cut slipcase, showing elements of the steelbook underneath.

Eric Bana stars as Bruce Banner, whose involvement in a freak lab accident exposes him to gamma radiation. As a result, whenever the mild-mannered man becomes angry, he transforms into a huge, rampaging creature that destroys everything in his path. Banner’s ex-girlfriend Betty Ross (Academy Award® winner Jennifer Connelly) believes that his father (Nick Nolte) may hold the answer to the desperate situation, but can she make the connection in time to save a terrified world? Directed by Academy Award® winner Ang Lee, Hulk is bursting with heart-pounding adventure and explosive special effects!! 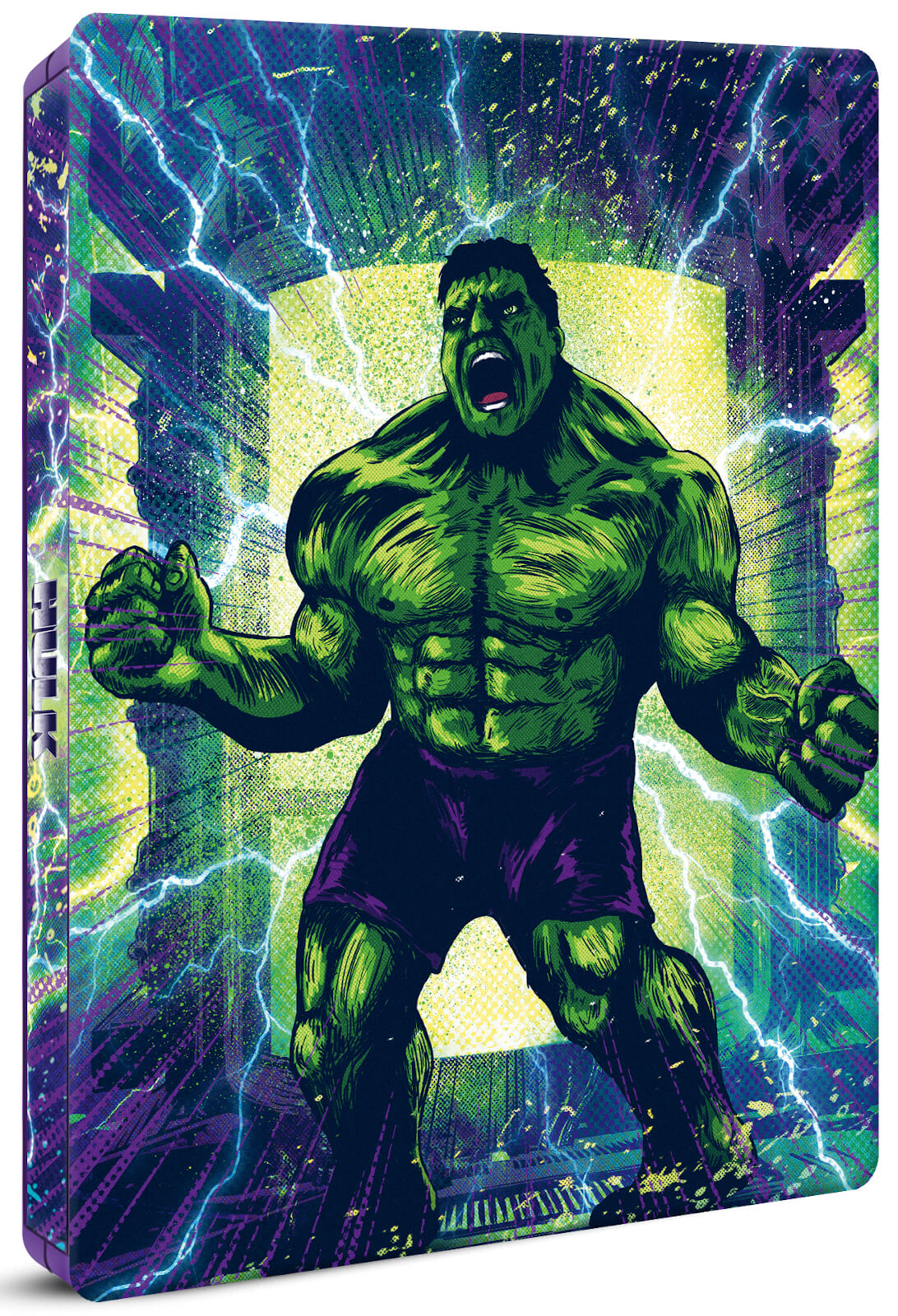 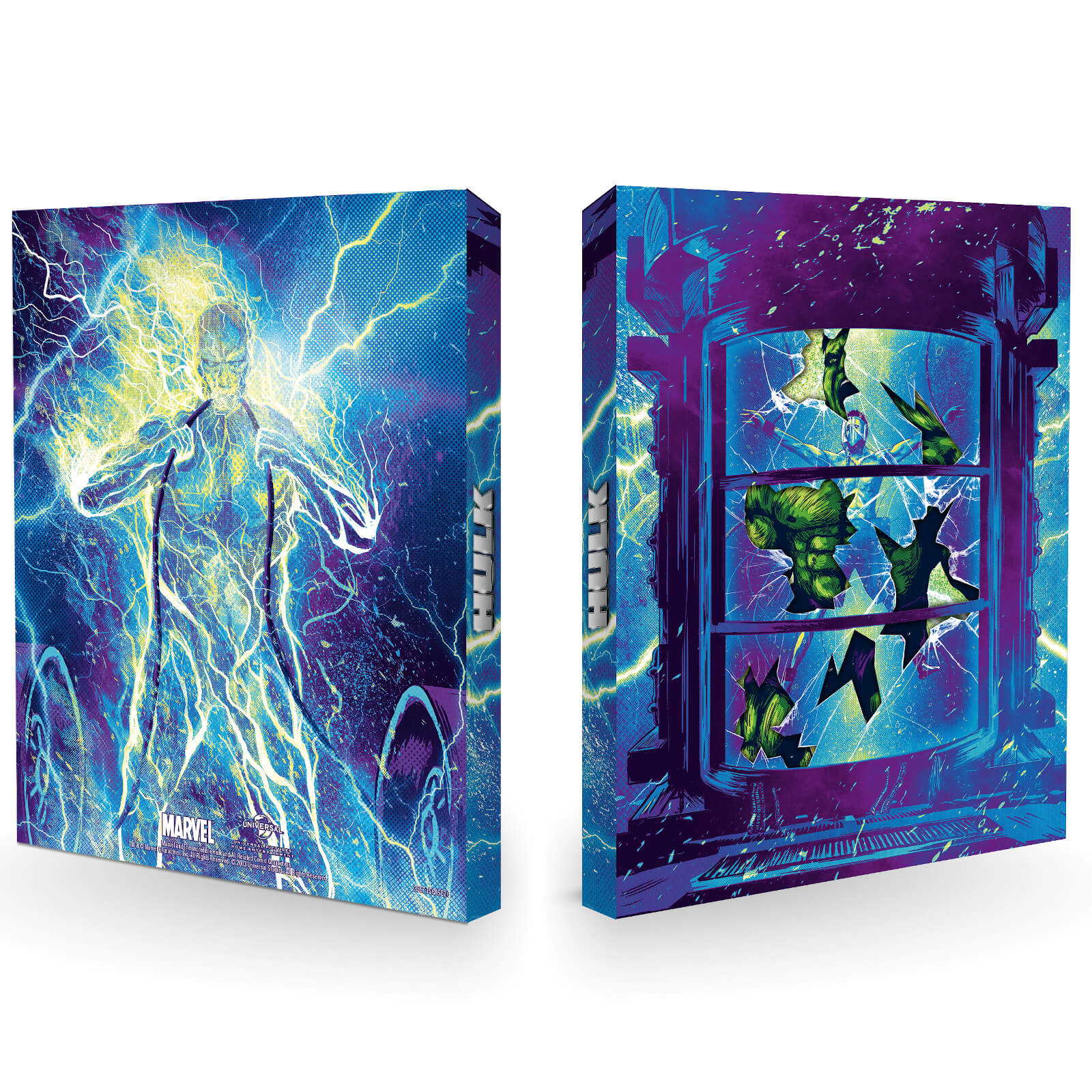 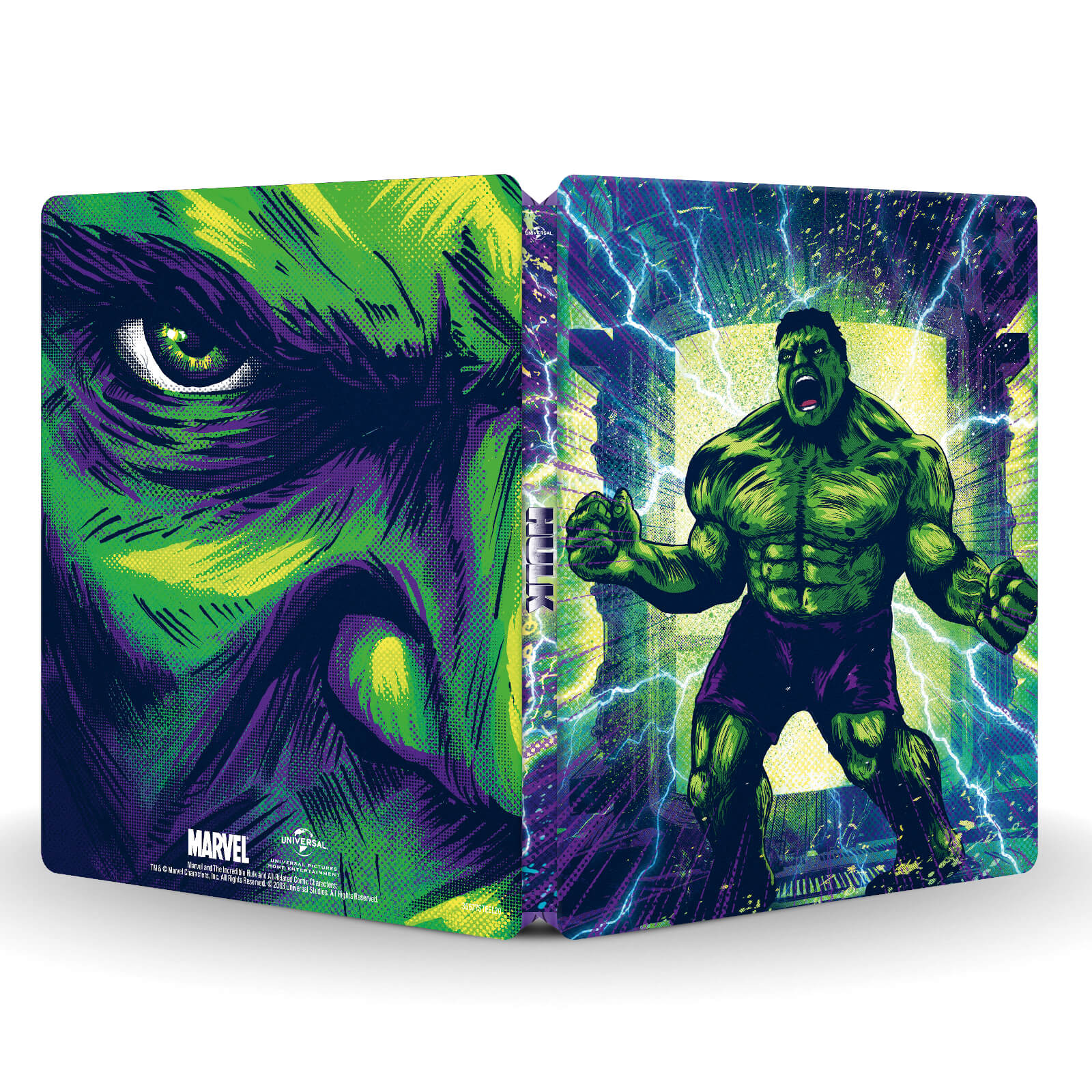 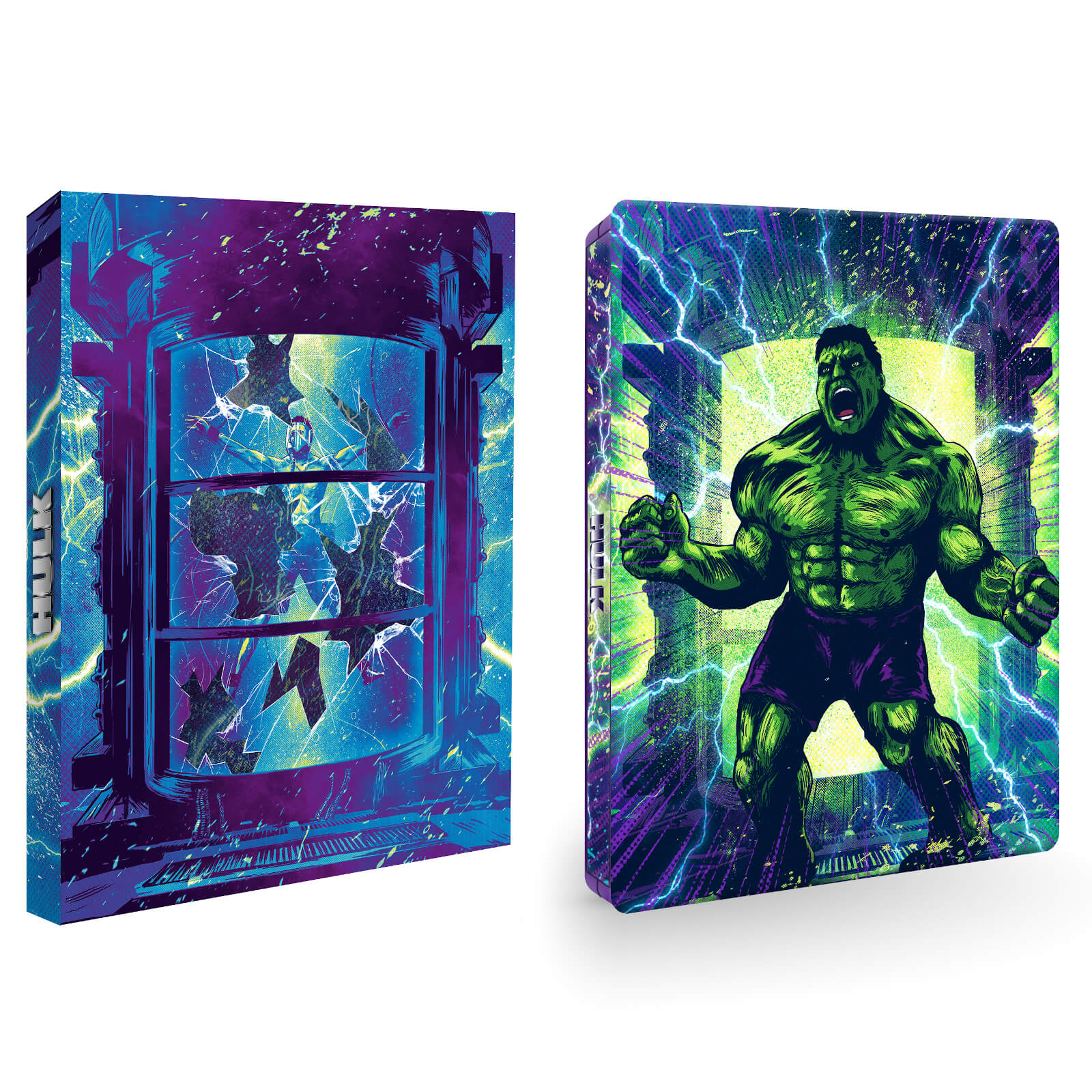 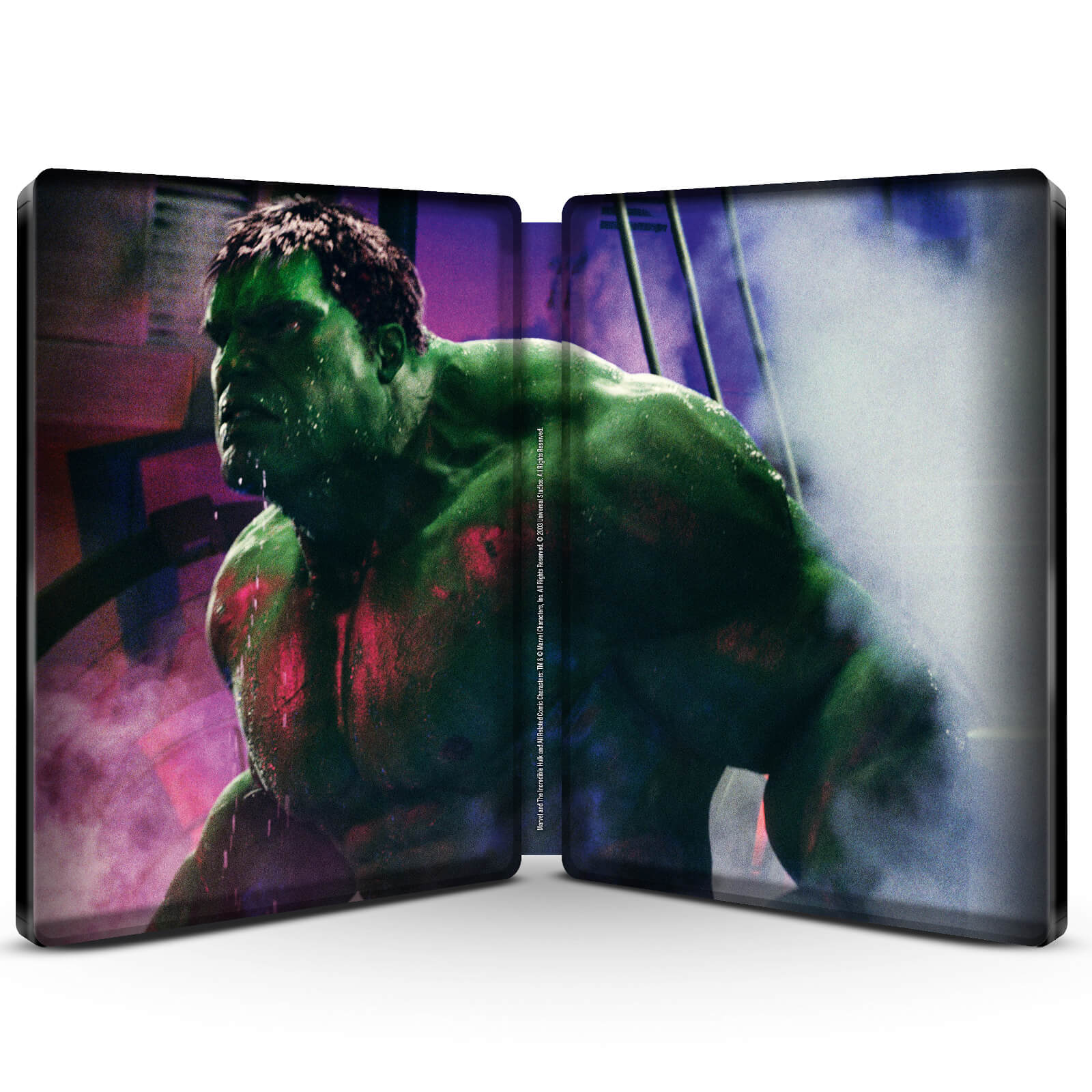 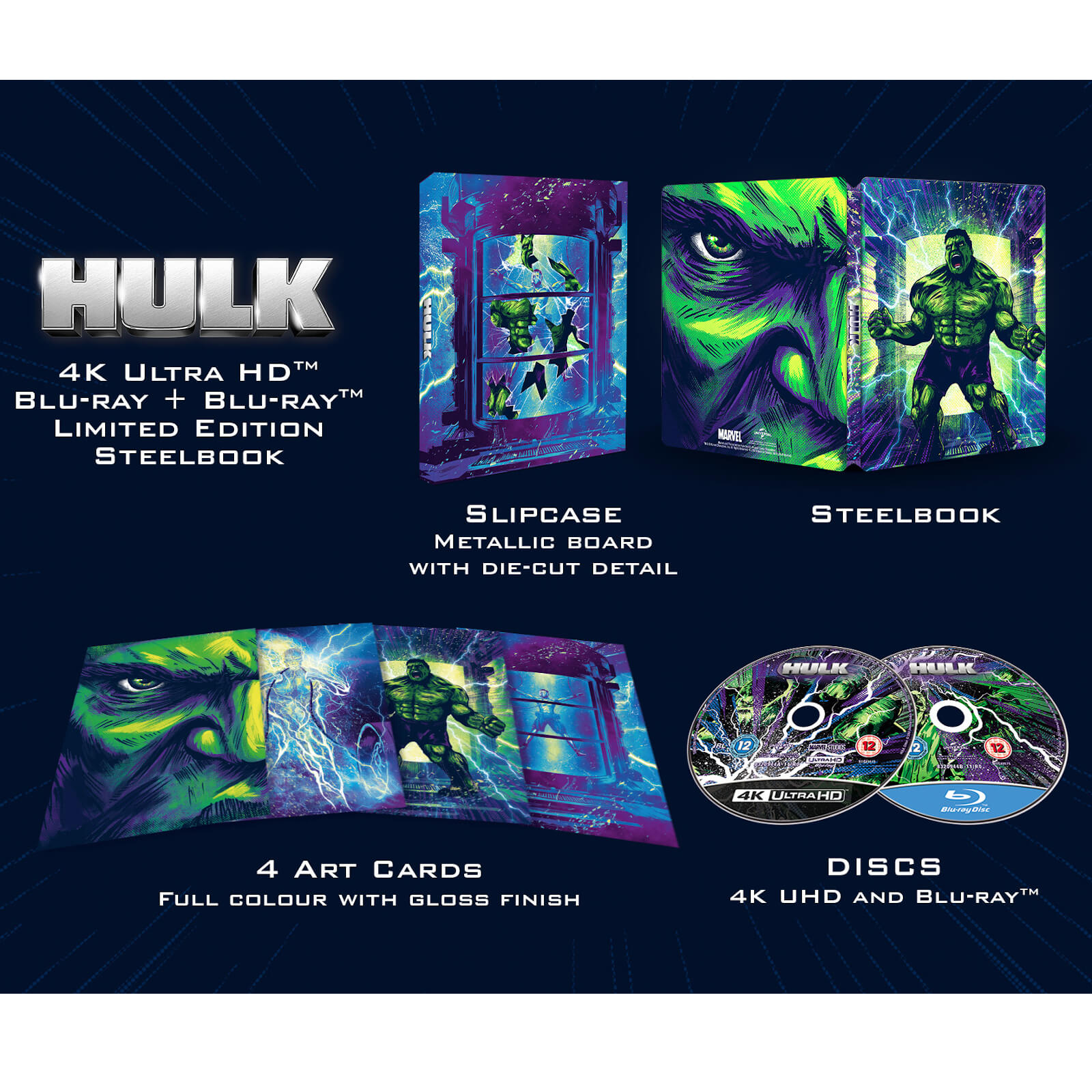