The first LEGO movie was a very pleasant surprise, and a well-deserved hit. Following on from a couple of enjoyable spin-offs, in the form of LEGO Batman and Ninjago, the sequel is not with us, and by all accounts it’s just as much fun as the original.

Zavvi have bagged the UK Steelbook, which will include the movie on 2D & 3D Blu-ray. No word yet on a 4K steelbook, but if we hear anything we’ll update.

Final art and release date are still TBC, but pre-orders will be live from around 12 noon UK time on Saturday February 9th, so ignore the ‘sold out’ notice until then.

The much-anticipated sequel to the critically acclaimed, global box office phenomenon that started it all, The LEGO® Movie 2, reunites the heroes of Bricksburg in an all new action-packed adventure to save their beloved city. It’s been five years since everything was awesome and the citizens are facing a huge new threat: LEGO DUPLO® invaders from outer space, wrecking everything faster than they can rebuild. The battle to defeat them and restore harmony to the LEGO universe will take Emmet, Lucy, Batman and their friends to faraway, unexplored worlds, including a strange galaxy where everything is a musical. It will test their courage, creativity and Master Building skills, and reveal just how special they really are. 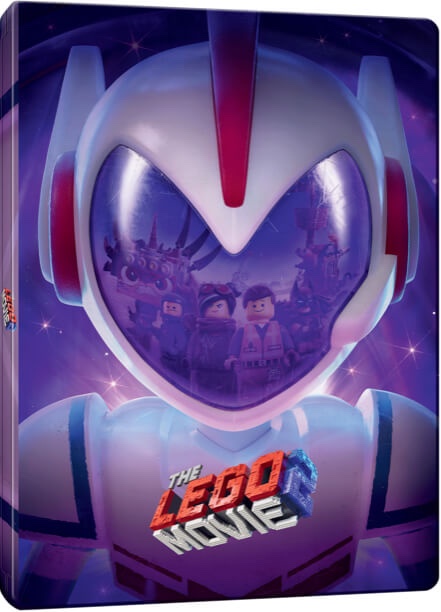