On November 21st you’ll be able to pick up this new steelbook release of the hit comedy Pineapple Express, which will be limited to just 500 copies.

The disc contents should match the standard release, so expect the extended cut of the film, audio commentary, deleted scenes, featurettes and more.

Pre-orders will be live from 6pm on Sunday September 11th, so ignore the ‘sold out’ button before then.

But when Dale becomes the only witness to a murder by a crooked cop (Rosie Perez) and the city’s most dangerous drug lord (Gary Cole), he panics and dumps his roach of Pineapple Express at the scene. But the weed is so rare that it can be traced back Saul. Dale and Saul have to run for their lives as the bad guys are hot on their trail! All aboard the Pineapple Express. 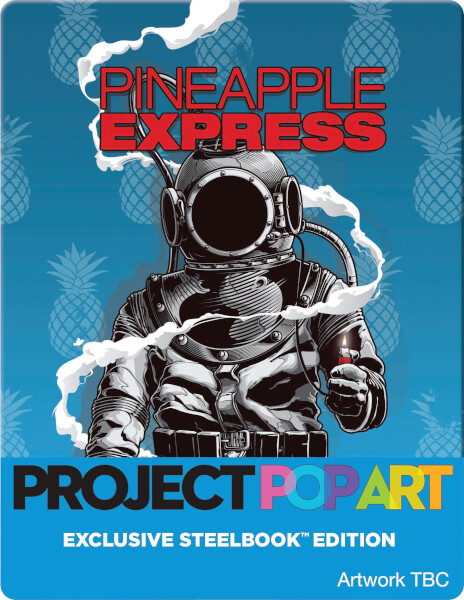