On May 18th Arrow are bringing us this new special edition release of the horror movie Society, directed by Brian Yuzna, the producer the legendary Re-Animator.

It’s NOT a steelbook, but, as an Arrow release it’s set to be packed with extras, and is definitely an essential for genre fans.

After producing Stuart Gordon’s hit Re-Animator, Brian Yuzna (Bride of Re-Animator, Return of the Living Dead III) turned his hand to directing with 1989’s Society, and gave birth to one of the ickiest, most original body horror shockers of all time.

Packing stomach-churning grue and thought-provoking social commentary in equal measure, Society is a biting horror satire which culminates in one of the most leftfield, gag-inducing “climaxes” in all of horror history – just don’t eat beforehand! 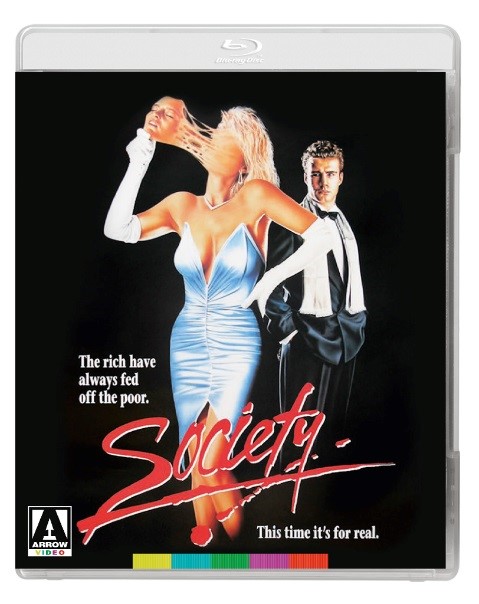