The sequel to the low budget horror hit The Conjuring is getting positive reviews and impressive box office results, and right now you can pre-order the UK steelbook, which is getting an HMV exclusive release.

Release date is still TBC, but the artwork is now confirmed and looks very nice indeed.

Horror sequel written and directed by James Wan. Patrick Wilson and Vera Farmiga reprise their roles as demonologists Ed and Lorraine Warren, who are called in to investigate a series of unsettling events at a home in Enfield, London. The pair come to the aid of single mother Peggy Hodgson (Frances O’Connor), after she claims her two daughters are being tormented by an evil spirit. Not long after moving in to the house, the Warrens begin to experience some terrifying phenomena of their own, with the demonic entity seemingly intent on forcing them out. Plagued by hideous visions, physical attacks and even possession, the couple become embroiled in a deadly fight to survive as they attempt to conclude their investigation. 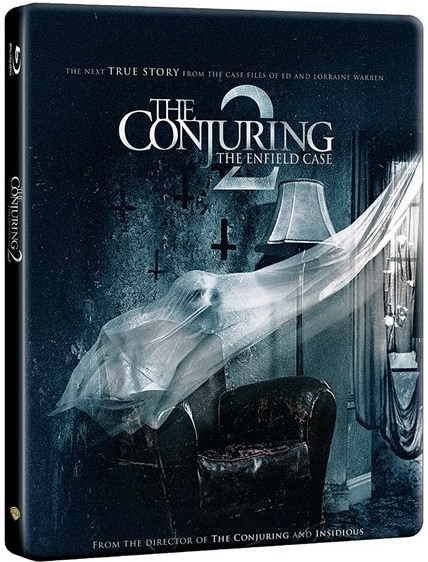 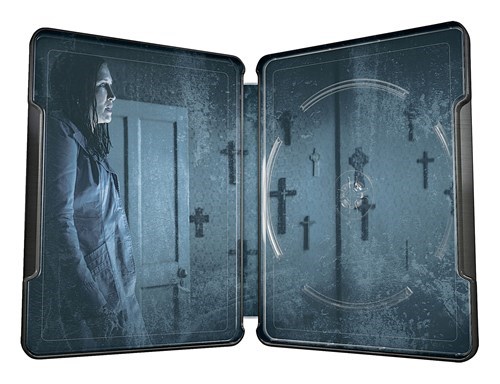