On October 10th you’ll be able pick up this great looking steelbook release of the infamous 80s horror The Burning.

As usual for Arrow it’s packed with extras, and pre-orders are live right now.

GATHER AROUND THE CAMPFIRE TO DIE!

Of all the many slice-and-dice films that emerged in the early ’80s, few remain as gruesomely effective as The Burning – the notorious “video nasty” now finally unleashed on Blu-ray!

When an ill-advised prank misfires, summer camp caretaker Cropsy is committed to hospital with severe burns. Released after five years, hospital officials warn him not to blame the young campers who caused his hideous disfigurement. But no sooner is Cropsy back on the streets than he’s headed back to camp with a rusty pair of shears in hand, determined to exact his bloody revenge…

With standout gore effects courtesy of FX legend Tom Savini, The Burning proved too shocking for UK censors upon its original video release. Now, fully uncut and in High Definition, The Burning is ready to reclaim its place as the ultimate summer camp nightmare. 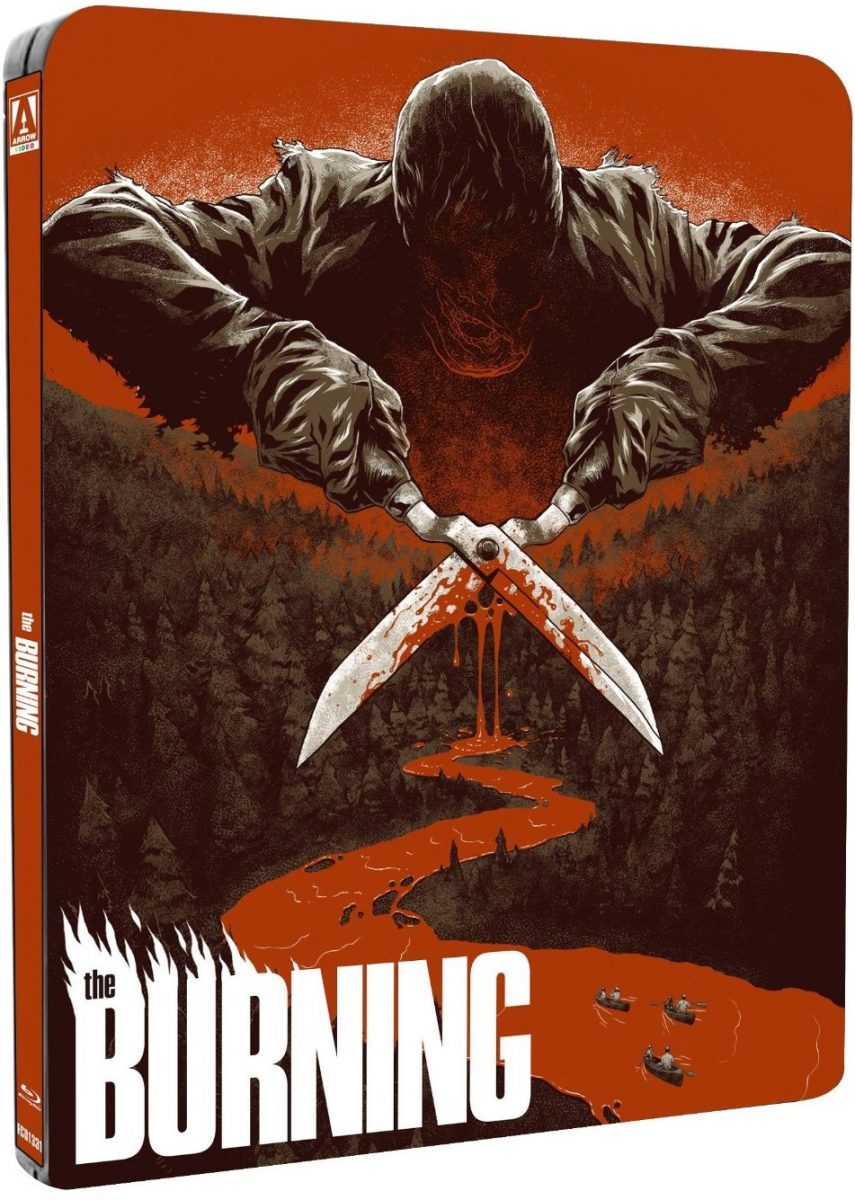