Josh Trank’s eagerly awaited take on the Fantastic Four is about to hit the big screen, and right now you can pre-order the steelbook edition from HMV UK.

Miles Teller, Jamie Bell, Kate Mara and Michael B. Jordan star in this reimagined story of the team of Marvel’s superheroes known as the Fantastic Four. When four young, budding scientists are teleported to an alternate universe by a government project that hopes to learn more about our planet, they awaken realising that their physical forms have changed beyond recognition. Reed Richards (Teller) has gained the ability to stretch his body into unthinkable forms and lengths and is renamed Mister Fantastic, Ben Grimm (Bell) is changed into The Thing with a body of stone giving him indestructible super-strength, Susan Storm (Mara) becomes the Invisible Woman and is able to generate force-fields around herself, and Johnny Storm (Jordan) becomes the Human Torch with the ability to shoot fireballs from his body. Together, they must put their new-found abilities to the test and work as a team to save the Earth from the evil Dr. Doom (Toby Kebbell). 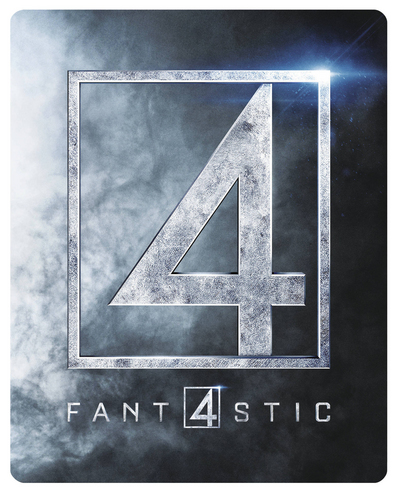