Hannibal, Ridley Scott’s sequel to The Silence Of The Lambs, is coming to UK steelbook with this VERY nice looking 15th Anniversary Edition from Zoom on September 26th.

Personally I prefer this one to Silence, though of course opinions are sharply divided.

The silence has been broken… Anthony Hopkins returns as pure “perverse perfection” and Julianne Moore “emerges triumphant” (Rolling Stone) in this “audacious” (Us Weekly) and “thrilling” (Time) follow-up to the Oscar® winning The Silence of the Lambs. “A rare sequel that rises above the original” (Joel Siegel, “Good Morning America”), Hannibal is terrifying, suspenseful and filled with visual shocks you’ve got to see to believe!

Ten years have passed since FBI agent Clarice Starling faced the ingenious Dr. Hannibal Lecter… ten years of watching, wondering and waiting. But now the wait is over. The sophisticated killer re-emerges in Florence, Italy, ready to entice Clarice into their old game of cat-and-mouse. Yet she isn’t the only one interested in capturing him. Another mind with a dubious motive – ravenous vengeance – also wishes to stake his claim to the enigma that is Hannibal. But of these three brilliant minds, whose cunning will prevail? Only one thing is certain. Hannibal is “as compelling a film as you will ever see” (Joel Siegel, “Good Morning America”)! 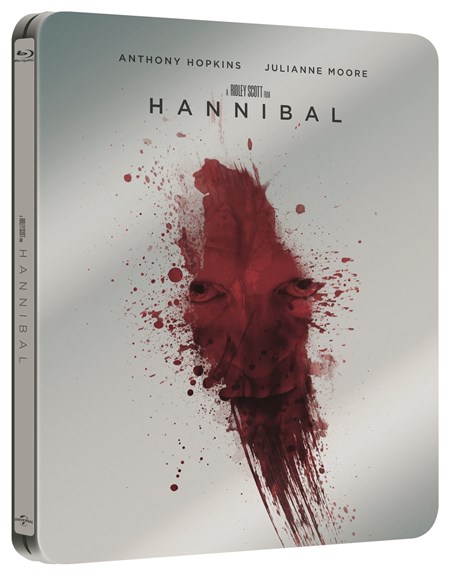