Sacha Baron Cohen’s new comedy Grimsby is hitting the big screens, but you can already place your orders for the HMV exclusive steelbook release.

Artwork and release date are still TBC, but pre-orders are live.

Mark Strong and Sacha Baron Cohen star in this British comedy directed by Louis Leterrier. When two inseparable brothers are adopted by two different families, their lives quickly fork off in opposite directions. Sebastian (Strong) works his way up in the British government agency MI6 to become their most revered assassin and Nobby (Baron Cohen) meets the love of his life (Rebel Wilson), has nine children and spends his days shouting abuse at football fans in Grimsby. After spending 28 years looking for his brother, Nobby finally locates Sebastian in London and travels down to surprise him. Sebastian, however, is on an assignment and Nobby’s bombshell revelation startles him causing him to shoot and kill the wrong target. Forced to go on the run, Sebastian and Nobby set off across the capital trying to lose their pursuers while Nobby tries to make amends with his long-lost sibling. The all-star cast also includes Isla Fisher, Penélope Cruz and David Harewood. 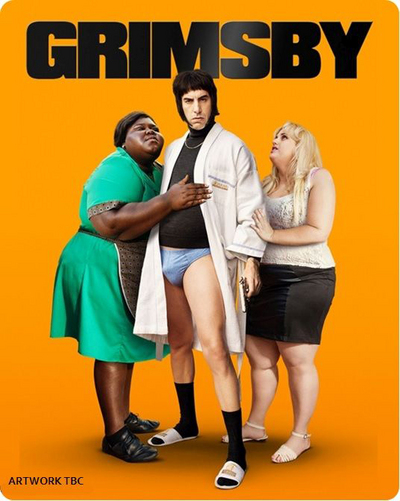