From now until until August 27th (or while stocks last), you can save a hefty 25% off the awesome looking Mad Max Anthology 4K steelbook collection, which contains all 4 movies in the series.

Simply use code ‘MAD25‘ at checkout.

Mad Max (1979)
Mel Gibson portrays Max Rockatansky, a fearless cop waging war with kill-crazy bikers who targeted his family. It’s a war that must be seen to be believed, a road-scorching, neo-punk, take-no-prisoner combat set in a postapocalyptic Australia.

The Road Warrior (1981)
Few films compare with this full-throttle epic of speed and carnage that rockets you into a dreamlike landscape where the post-nuclear future meets the mythological past. Gibson returns as a heroic loner Max, who drives the roads of outback Australia in an unending search for gasoline. Arrayed against him and the other scraggly defenders of a fuel-depot encampment are the bizarre warriors commanded by The Humungus.

Mad Max: Fury Road (2015)
Haunted by his turbulent past, Max (Tom Hardy) wanders alone until he’s swept up with a group, led by Imperator Furiosa (Charlize Theron), fleeing across the Wasteland. In hot pursuit: a warlord who gathers his gang and pursues the rebels ruthlessly, leading to a high-octane road war in director George Miller’s return to the world of Mad Max. 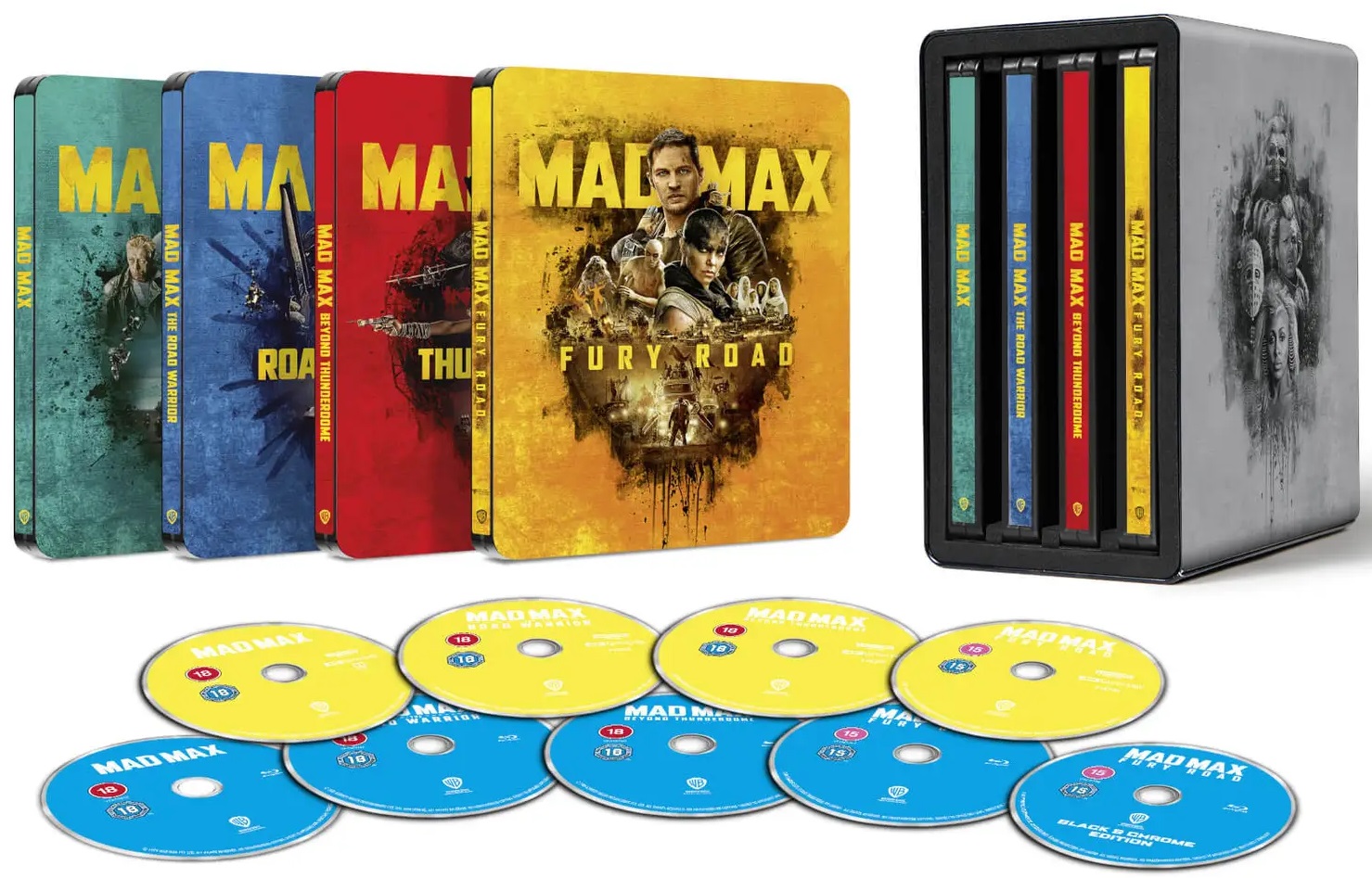