On February 19th Zavvi are bringing us this new steelbook edition of Forbidden Planet.

Pre-orders will be live from around 6pm UK time on Sunday January 7th, so ignore the ‘sold out’ button before then.

Commander Adams sets out to investigate the disappearance of a colony of scientists on the planet Altair 4.Hediscoversonlytwo survivors, Dr. Morbius and his daughter Altaira.They live a prosperous lifestyle, and areattended to by dutiful Robby the Robot. But among Altair 4 s many wonders lies a mysterious terror 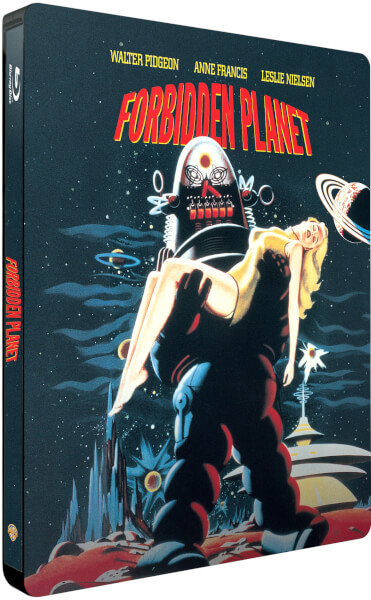