The TV adaptation of cult comic book Preacher has proved a big hit, and on October 3rd you’ll be able to pick up the UK steelbook release.

Artwork is still TBC, but if it’s anything like this temp design it’ll be a great addition to any collection.

This isn’t listed as an exclusive, so it should be available from all good (and evil) retailers. We’ll add more links as they appear.

Thanks to @TFMalloy77 for the heads up!

When Texas preacher Jesse Custer is inhabited by the renegade spawn of an angel and a demon, he gains the power to control people with just a word. Now Jesse, his badass ex Tulip, and his friend Cassidy (who happens to be a vampire) are thrust into a twisted battle spanning Heaven, Hell and everywhere in between. 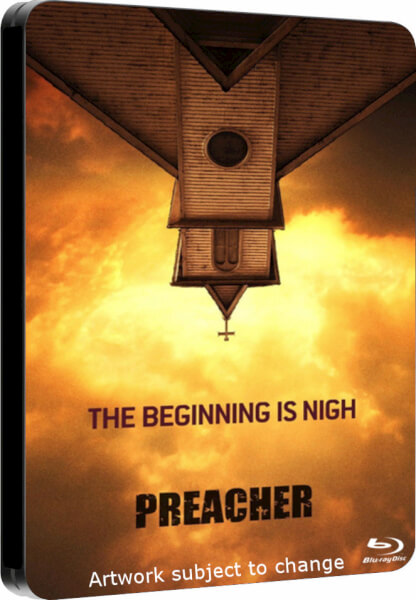