Season 7 of zombie drama The Walking Dead is getting a Zavvi exclusive UK steelbook release, once again with incredible art by Jock.

And don’t forget – if you’re still looking for season 1 to complete your set, it’s getting a French release soon.

After Negan brutally forces Rick and the group to bend to his will, Rick finally understands that Negan cannot be reasoned with and that they must prepare to go to war. Victory will require more than just the supplies and numbers in Alexandria, and in the pursuit of more weapons, food and new fighters, Rick and the group will be tested like never before. Alexandria and their new allies will need to band together and rise up against Negan and his army, but nothing can prepare them for the all-out battle that awaits them. 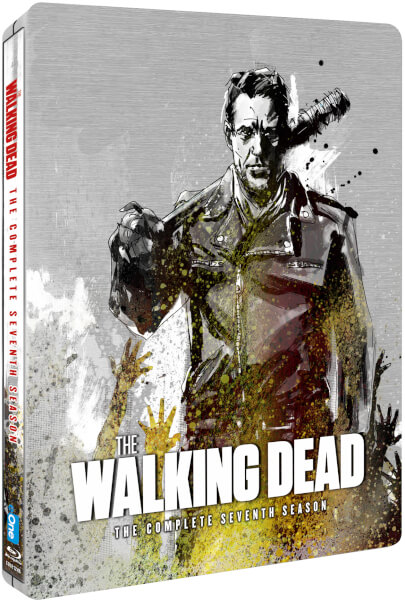