HMV are bringing us this new steelbook edition of the rebooted Spier-Man movies on August 22nd, and pre-orders are live right now.

This limited edition hmv exclusive steelbook has a matt laminate finish, includes embossing on Spider-Man and the film title and includes a 3D lenticular front.

Andrew Garfield, Emma Stone and Rhys Ifans star in this superhero action adventure film based on characters from Stan Lee’s classic Marvel comic strip. Gawky teenager Peter Parker (Garfield) lives with his aunt and uncle in New York City. Aware that there is some mystery surrounding his history and his parentage, Peter does his best to make sense of the few murky clues he has about his past – until one day he discovers the shocking secret that will change his life forever. 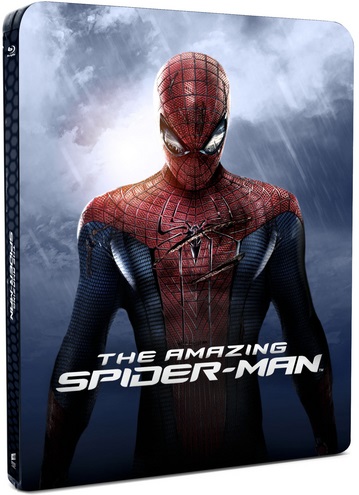