Supernatural comedy “Goosebumps” is getting a UK Steelbook re-release, with a Zavvi exclusive in August

While the UK has already seen trade-wide steelbook, that release is now going Europe-wide, and Zavvi have grabbed a few copies, with a release set for August 14th.

Pre-orders will be live around 6pm UK time on Saturday July 15th, so ignore the ‘sold out’ button until then.

After moving to a small town, Zach Cooper finds a silver lining when he meets next door neighbour Hannah, the daughter of bestselling Goosebumps series author R.L. Stine. Stine is very mysterious and a prisoner of his own imagination – the monsters that his books made famous are real, and he protects his readers by keeping them locked up in their manuscripts. When the monsters are accidentally unleashed and begin to terrorize the town, it’s up to Stine, Zach and Hannah to get them back in their books where they belong. 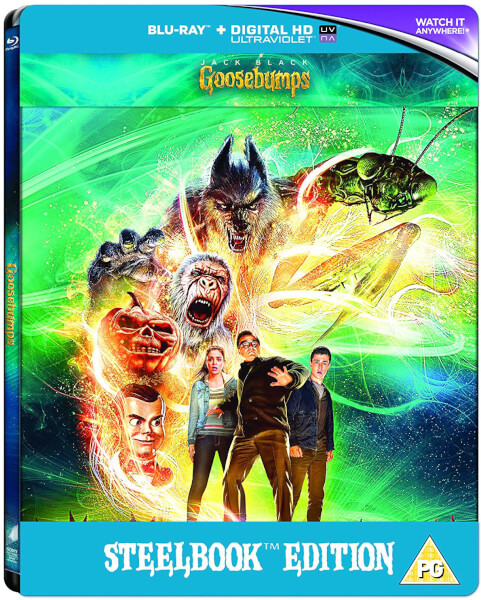