The brilliant “A.I. Artificial Intelligence” is coming to UK Steelbook with a Zavvi exclusive in April

Based on the short story ‘Super-toys Last All Summer Long’ by Brian Aldiss, Stanley Kubrick developed A.I. Artificial Intelligence over several years, working with a long list of writers, including Aldiss himself.

A couple of years before his death in 1999, Kubrick offered the project to Steven Spielberg to direct, and in 2001 (rather aptly), the movie was released.

Spielberg stuck very closely to Kubrick’s script, and used many of the designs that had been created over the years. Indeed, it’s probably the least ‘Spielbergian’ of the director’s movies, and many of the shots give the sense of him channeling Kubrick.

Now Zavvi are bringing us the UK exclusive steelbook release of the film on April 27th. Pre-orders aren’t live yet, so ignore the ‘sold out’ button for now – we’ll keep you updated!

A.I.-Artificial Intelligence, explores the fine line between robots andhumans. An advanced prototype robot child named David is programmed to show unconditional love. When his human family abandons him, David embarks on a dangerous quest to become a real boy. 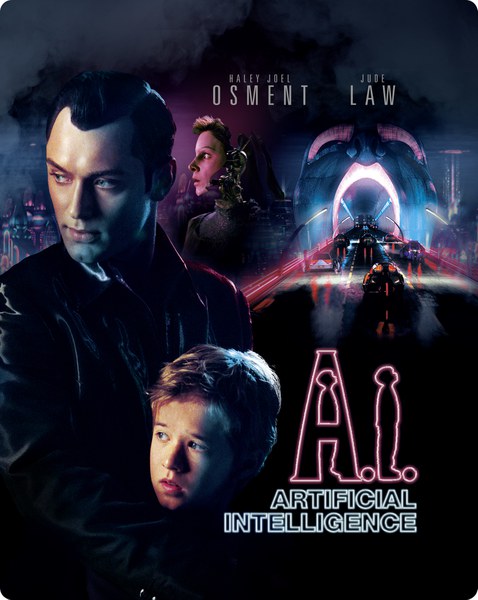 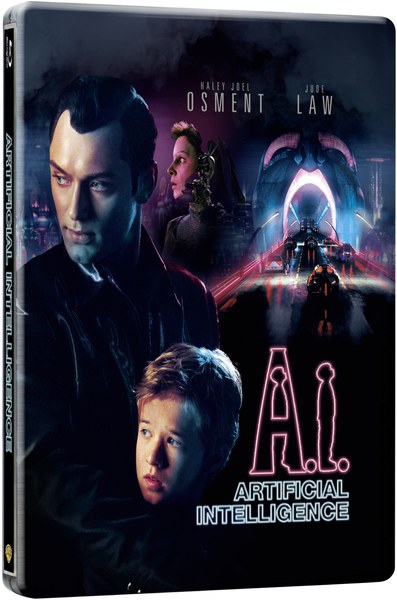 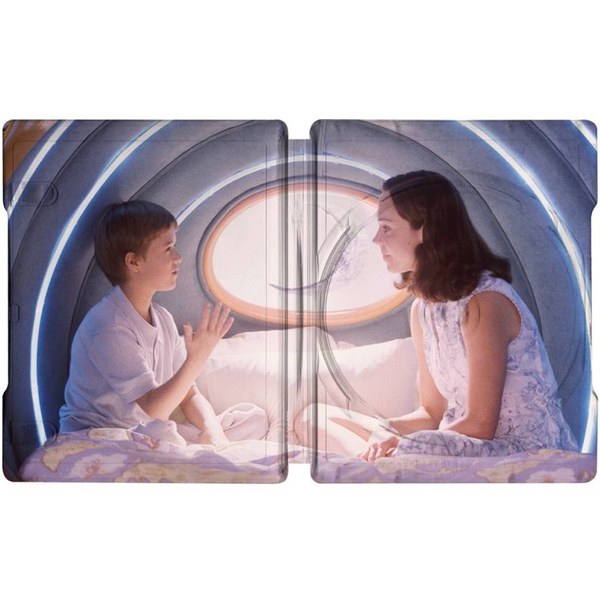 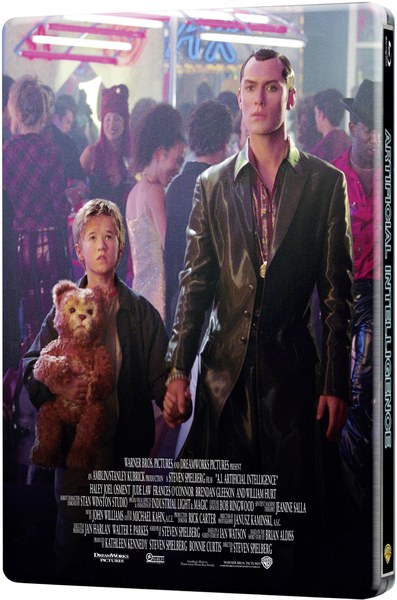