The epic double bill exploitation homage Grindhouse was an undeserved flop on its release in the US, which led to the the overseas release being split into two seperate movies.

Thankfully on Blu-ray you can watch the whole movie as originally intended, and on June 22nd Zavvi are bringing us a great looking steelbook edition of the movie.

Pre-orders will be live at 6PM UK time on Saturday 9th May (ignore the ‘sold out’ button for now).

Zavvi Exclusive Steelbook – Matt with spot varnish on title and main image, the bullet holes will be de-bossed.

The Rodriguez/Tarantino Double Feature GRINDHOUSE includes the adrenaline–pumping films and trailers in the original theatrical exhibition format back to back in high definition. Loaded with over 5 hours of bonus content, this 2 disc LIMITED EDITION Blu-ray delivers the ultimate cinematic experience! 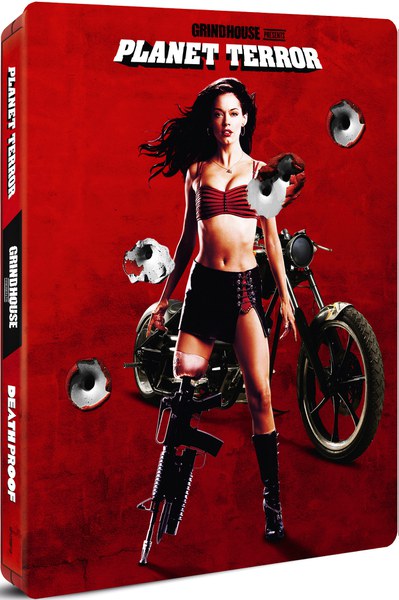 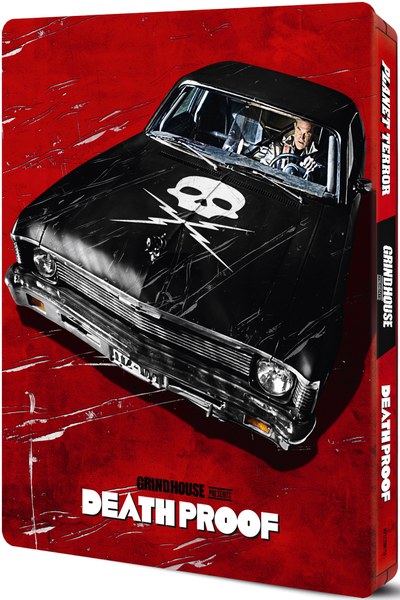 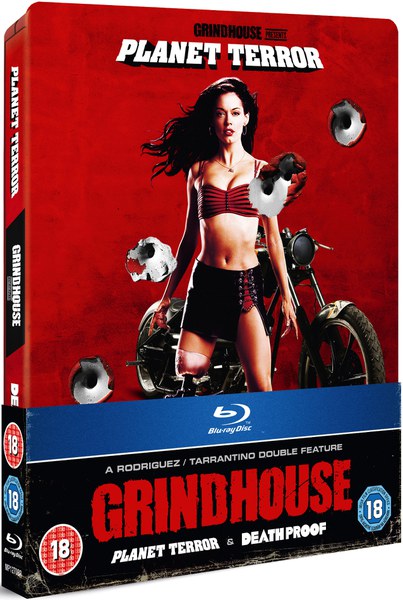 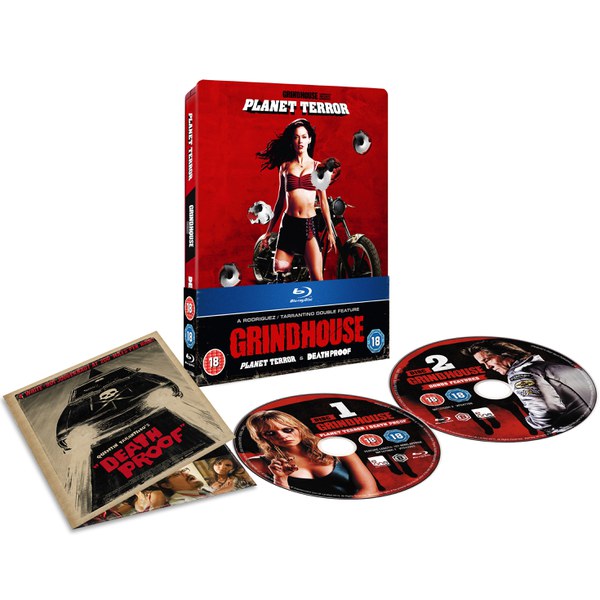 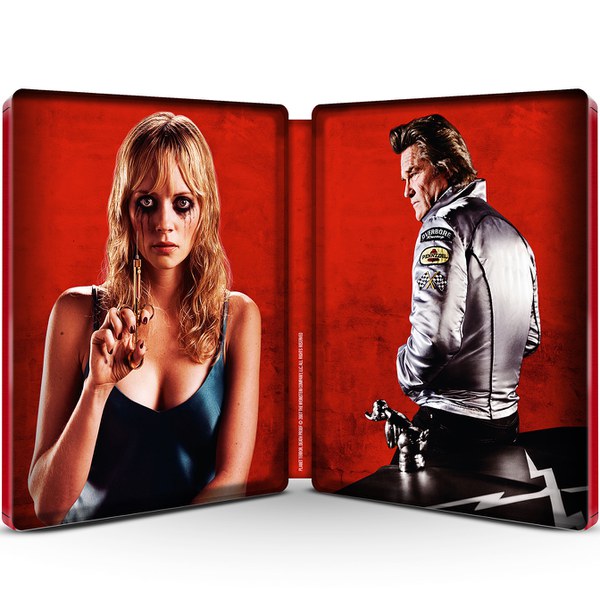 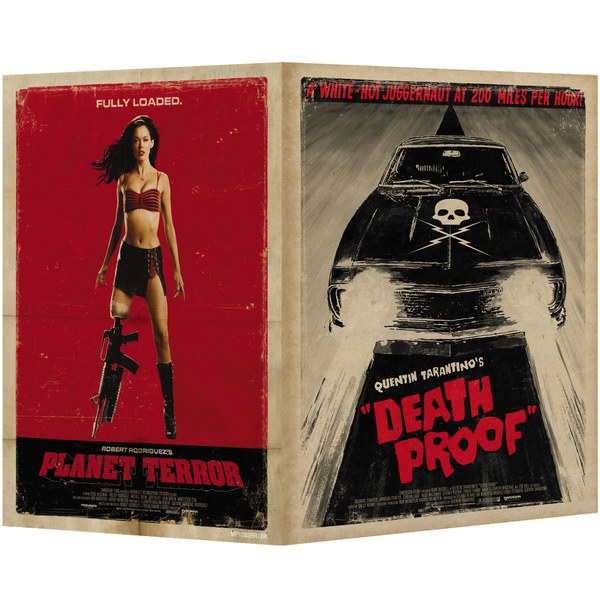