While not steelbook news, we’re filing this one under ‘releases with cool packaging that you should know about’.

The acclaimed Danish thriller The Killing (Forbrydelsen) is hitting Blu-ray on December 17th, and will be available in Trilogy boxset, the first time seasons 1 & 2 have been released on the format.

While there’s no word of a steelbook release, the set does nevertheless come in some very cool ‘knitwear’ embossed packaging.

Here’s the synopses for all 3 seasons, followed by the pre-order link and artwork.

Season I joins Sarah Lund (played by Sofie Gråbøl) on what is supposed to be her final day as a detective with the Copenhagen Police department. She is all-set to immigrate to Sweden with her fiancée, when a 19-year-old girl is found raped and brutally murdered.

A local politician, Troels Hartmann, is in the middle of a hard-fought election campaign to become the new mayor of Copenhagen when suddenly, evidence links city hall to the murder. Over the course of twenty episodes, each a day in the investigation, suspect upon suspect is sought out as violence and political pressures cast their shadows over the hunt for the killer.

Two years on, and Season II finds Lund stripped of her investigative role and transferred to a low-key job in the country; but when the body of a female lawyer is found murdered in macabre and puzzling circumstances, Lund’s former boss calls her back to assist with the investigation. Initially reluctant, Lund soon changes her mind as she becomes engrossed with the case… Over the course of 10 gripping episodes, the worlds of crime, politics and the military become increasingly tangled and, as the case progresses, Lund’s mission becomes a race against time to find the culprit and prevent further killings…

Now, at long last, Detective Inspector Sarah Lund returns in Season III, the long-awaited third, and final part of the trilogy. The financial crisis is raging and the number of bankruptcies and repossessions is on the rise, but Lund has a newfound sense of peace, in the form of a new job, a new home and the recognition of achieving 25 years of service in the Police Force.

What appears to be a random murder at a scrap yard in the Copenhagen docks begins to interfere with Lund’s plans for a quieter life and draws attention towards the shipping and oil giant Zeeland, run by troubled billionaire Robert Zeuthen.

Meanwhile, Lund is disturbed by an old flame, Mathias Borch, from the National Intelligence Service (PET), who fears that the killing in the docks is the beginning of an assassination attempt upon the Prime Minister. The Prime Minister himself is in the middle of a turbulent election due to the pressures of the financial crisis and is looking for backing from the commercial sector, including Zeeland. Rumours arise that Zeeland is threatening to move the company and its production aboard – a potential disaster for the local economy.

Both Lund and the investigation quickly become embroiled in the politics of the financial crisis and, all too late, she begins to piece together the perpetrator’s plan and the sort of debt he is seeking to reclaim; a moral debt which costs lives.

Destinies cross over all sections of Danish society as the hunt for the perpetrator intensifies towards a dark secret which eventually puts everything at stake for the Prime Minister, for Robert Zeuthen and most importantly, for Sarah Lund. 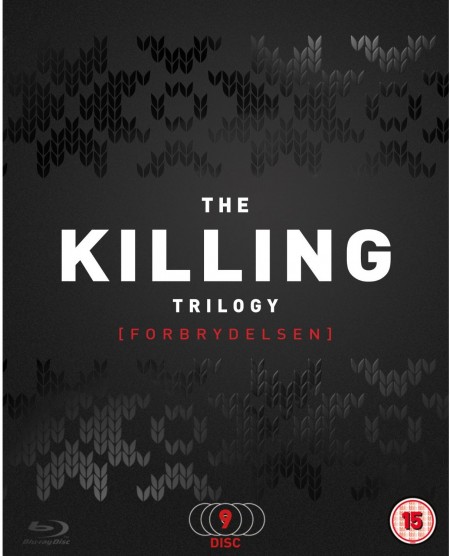