Previously release individually, all of Alex Ross’s beautiful Universal Monsters steelbooks will soon be available as a single box set collection from Zavvi.

The release date is still TBC, but pre-orders will be live from around 6pm UK time on Sunday December 10th, so ignore the ‘sold out’ button until then.

Boris Karloff stars as the screen’s most tragic and iconic monster in what many consider to be the greatest horror film ever made. Dr. Frankenstein (Colin Clive) dares to tamper with the essential nature of life and death by creating a human monster (Karloff) out of lifeless body parts. Digitally restored in stunning high definition, this adaption of Mary Shelley’s classic novel by director James Whale and the compassionate portrayal of a creature groping for identity by Boris Karloff makes Frankenstein a timeless masterpiece.

Although there have been numerous screen versions of Bram Stoker’s classic tale, Dracula, none is more enduring than this 1931 movie. Towering ominously among the shadows of the Carpathian Mountains, Castle Dracula strikes fear in the hearts of the Transylvanian villagers below. With the superb Bela Lugosi starring as the screen’s most popular vampire Count Dracula, the film’s eerie and chilling mood is enhanced by specialist horror director Tod Browning. Dracula remains a masterpiece not only of the genre, but for all time.

Originally released in 1941, The Wolf Man introduced the world to a new Universal movie monster and redefined the mythology of the werewolf forever. Featuring a heartbreaking performance by Lon Chaney Jr. and groundbreaking make-up by Jack Pierce, The Wolf Man is the saga of Larry Talbot, a cursed man who transforms into a deadly werewolf when the moon is full. The dreamlike atmospheres, elaborate settings and chilling musical score combine to make The Wolf Man a masterpiece of the genre that you can now enjoy in stunning high definition.

Claude Rains delivers an unforgettable performance in his screen debut as a mysterious doctor who discovers a serum that makes him invisible. Covered by bandages and dark glasses, Rains arrives in a small English village and attempts to hide his amazing discovery, but the drug’s side effects slowly drive him to commit acts of unspeakable terror. Based on H.G. Wells’ classic novel and directed by the master of macabre, James Whale, The Invisible Man fueled a host of sequels and features revolutionary special effects that can now be admired in stunning high definition.

The acclaimed sequel to the original Frankenstein, one of the most popular horror classics in film history, has now been restored in stunning high definition. The legendary Boris Karloff reprises his role as the screen’s most misunderstood monster, now longing for a mate of his own. The last horror film directed by James Whale features a haunting musical score that helps make The Bride of Frankenstein one of the finest and most touching thrillers of its era.

Horror icon Boris Karloff stars in the original 1932 version of The Mummy in which a team of British archaeologists accidentally revives a mummified high priest after 3,700 years. Alive again, he sets out on an obsessive and deadly quest to find his lost love.

Captured and imprisoned for scientific study, a living “amphibious missing link” becomes enamored with the head researcher’s female assistant. When the creature escapes and kidnaps the object of his affection, a crusade is launched to rescue her and cast the terrifying monster back to the depths from which he came. Featuring legendary makeup artist Bud Westmore’s brilliantly designed monster, Creature from the Black Lagoon is an enduring tribute to the imaginative genius of its Hollywood creators that can now be admired in stunning high definition. 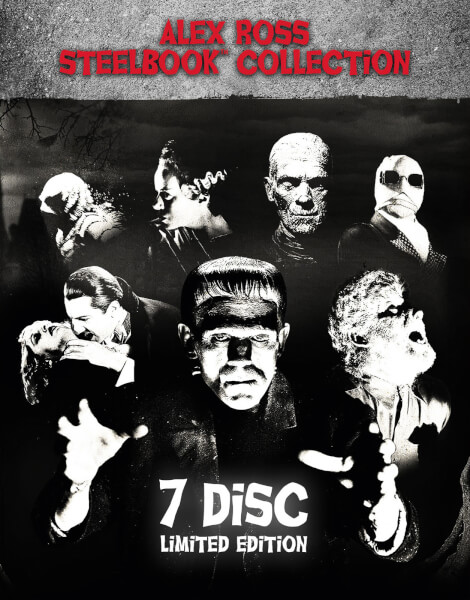 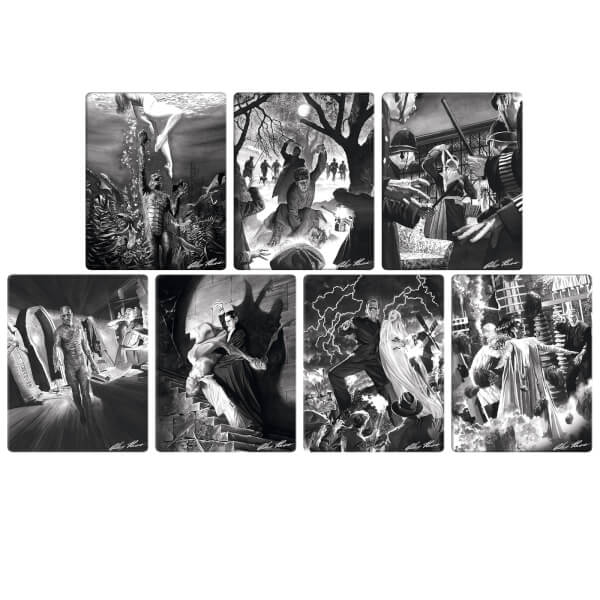 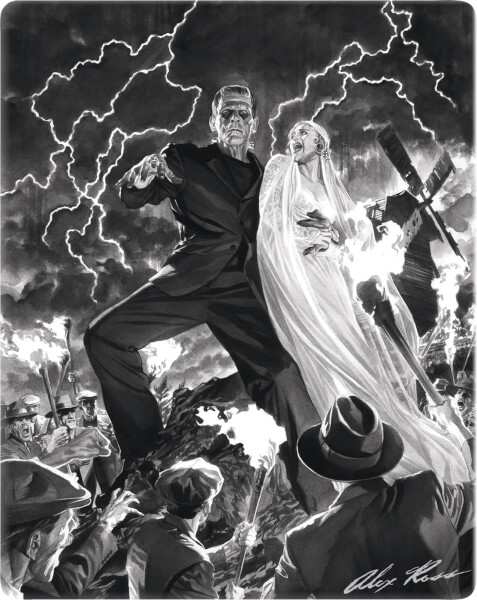 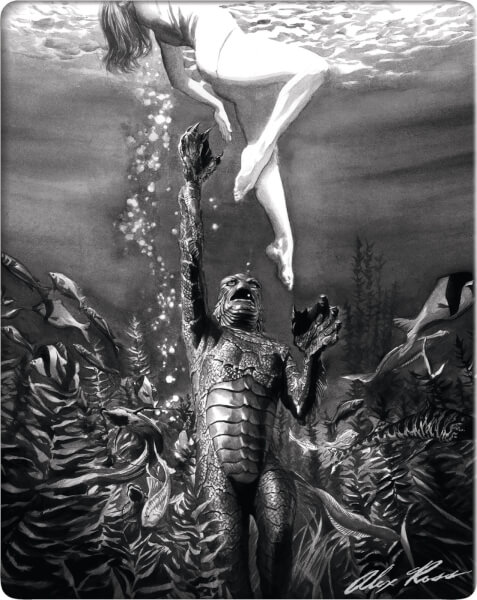 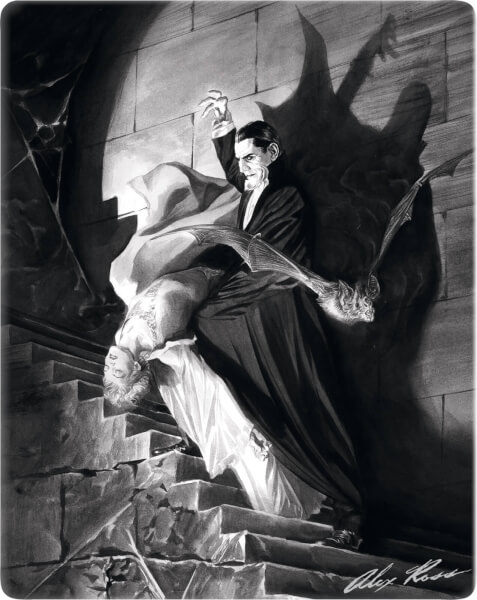 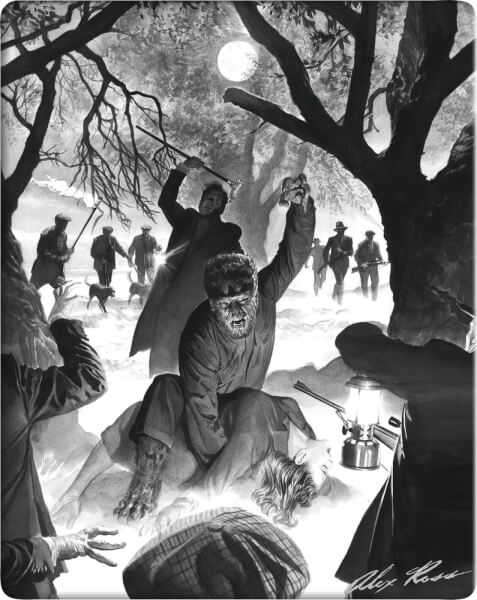 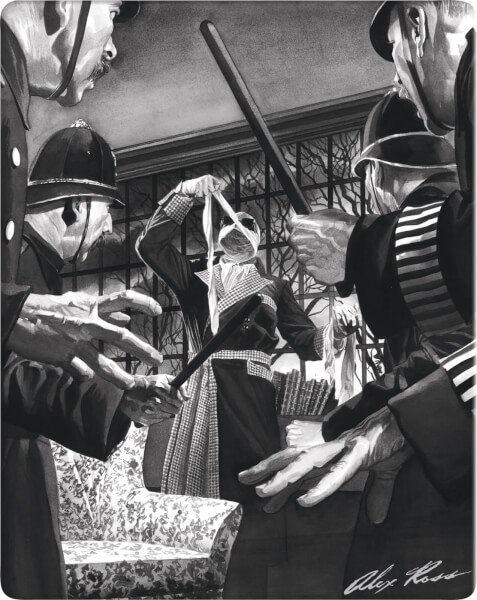 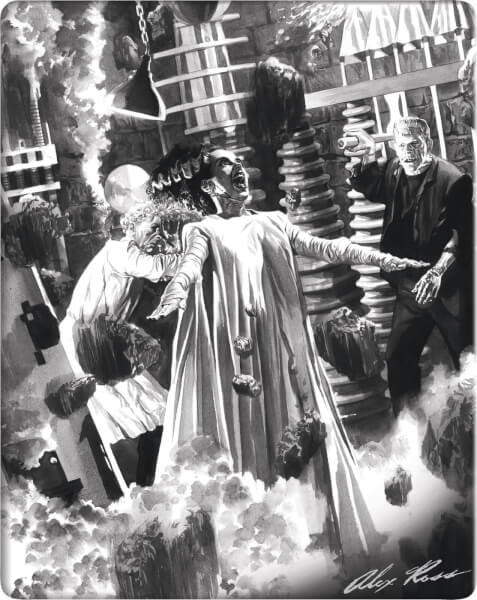