On May 17th Zavvi are bringing us this new 4K Collectors Edition of The Sting, which includes a steelbook, slipcase, and much more.

Pre-orders are live now for Red Carpet subscribers, and around 12 noon for everyone else.

Winner of 7 Academy Awards®, including Best Picture, The Sting stars Paul Newman and Robert Redford as two con men in 1930s Chicago. After a friend is killed by the mob, they try to get even by attempting to pull off the ultimate “sting.” No one is to be trusted as the twists unfold, leading up to one of the greatest double-crosses in movie history. The con is on! 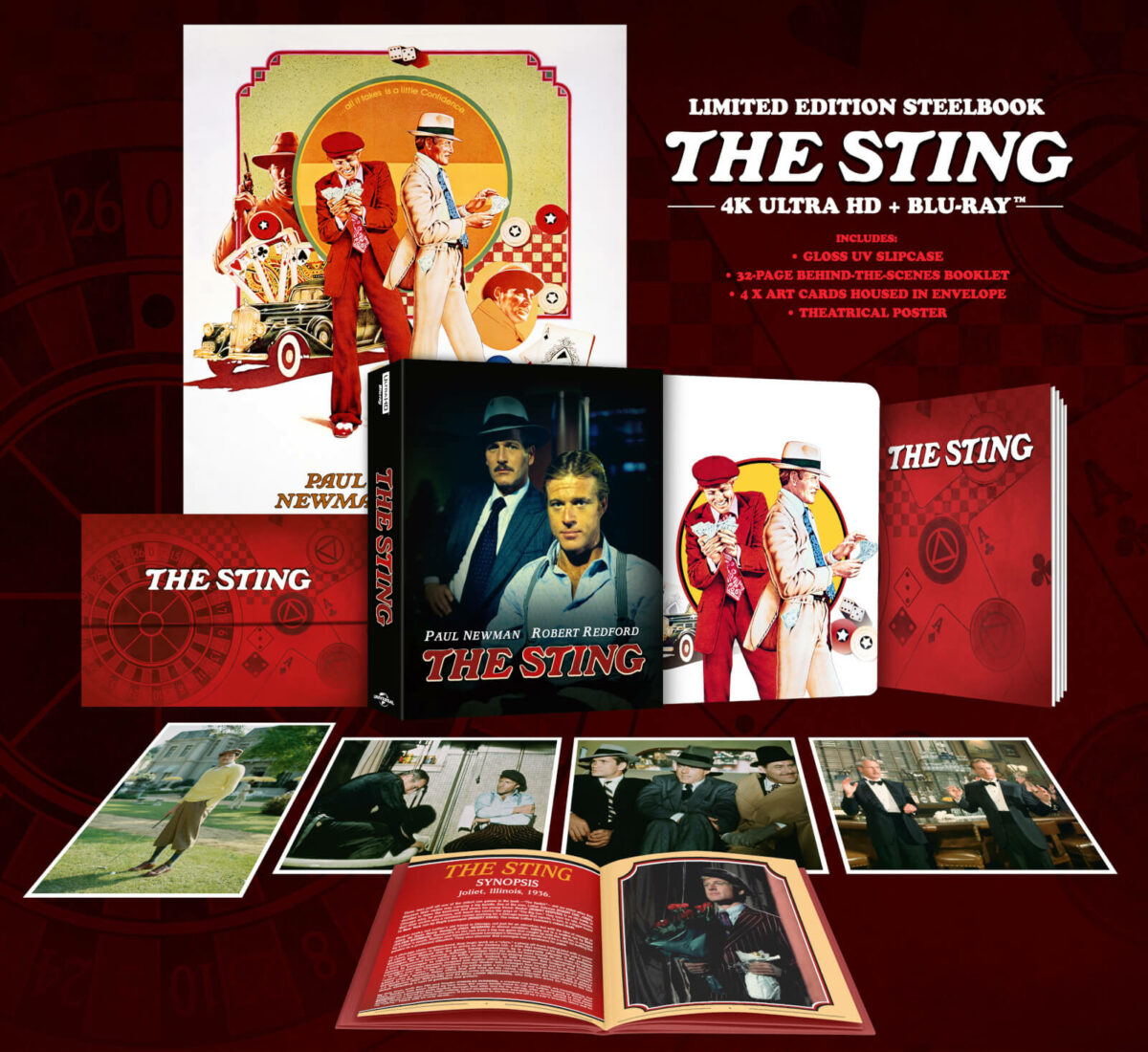