On December 5th you’ll be able to pick up this 2-movie Top Gun ‘Superfan’ collectors edition, featuring both Top Gun movies in individual steelbooks, along with a load in-box goodies.

The #1 film of 2022, with over $1.4 billion at the global box office, and the original pop culture touchstone that helped define a generation come together in one must-own set, the TOP GUN 2-MOVIE 4K BLU-RYA STEELBOOK SUPERFAN COLLECTION.

This highly collectible release makes an ideal gift and boasts nearly six hours of bonus content exploring the enduing popularity of the 1986 sensation TOP GUN, as well as this year’s record-breaking global phenomenon TOP GUN: MAVERICK. Celebrate the films that have captured the imaginations of fans around the world through behind-the-scenes footage, interviews with Tom Cruise and producer Jerry Bruckheimer, and much more. 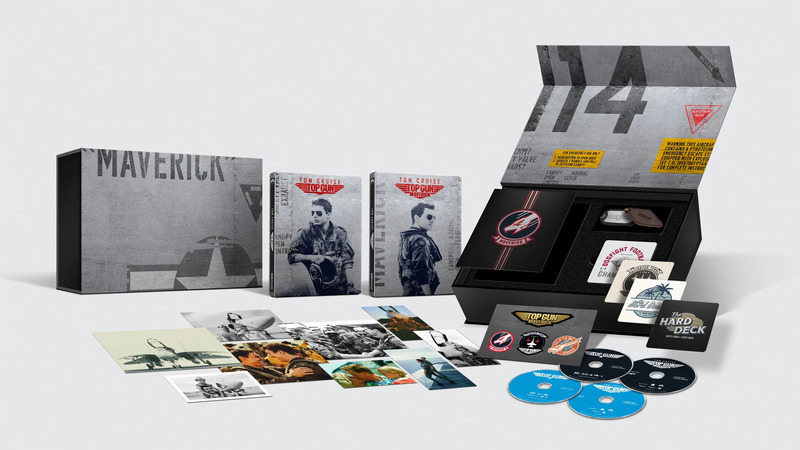