On October 7th you’ll be able to pick up this new 4K Collectors Edition steelbook of Casablanca, which a great selection of on-disc and in-box goodies.

Humphrey Bogart and Ingrid Bergman light up the screen in one of the most enduring romances in movie history. At his Moroccan nightclub, cynic Rick Blaine (Bogart) turns a blind eye to the misery of WWII until his former lover, Ilsa Lund (Bergman), walks through the door, forcing Rick to choose between a life with the woman he loves or becoming the hero she needs. 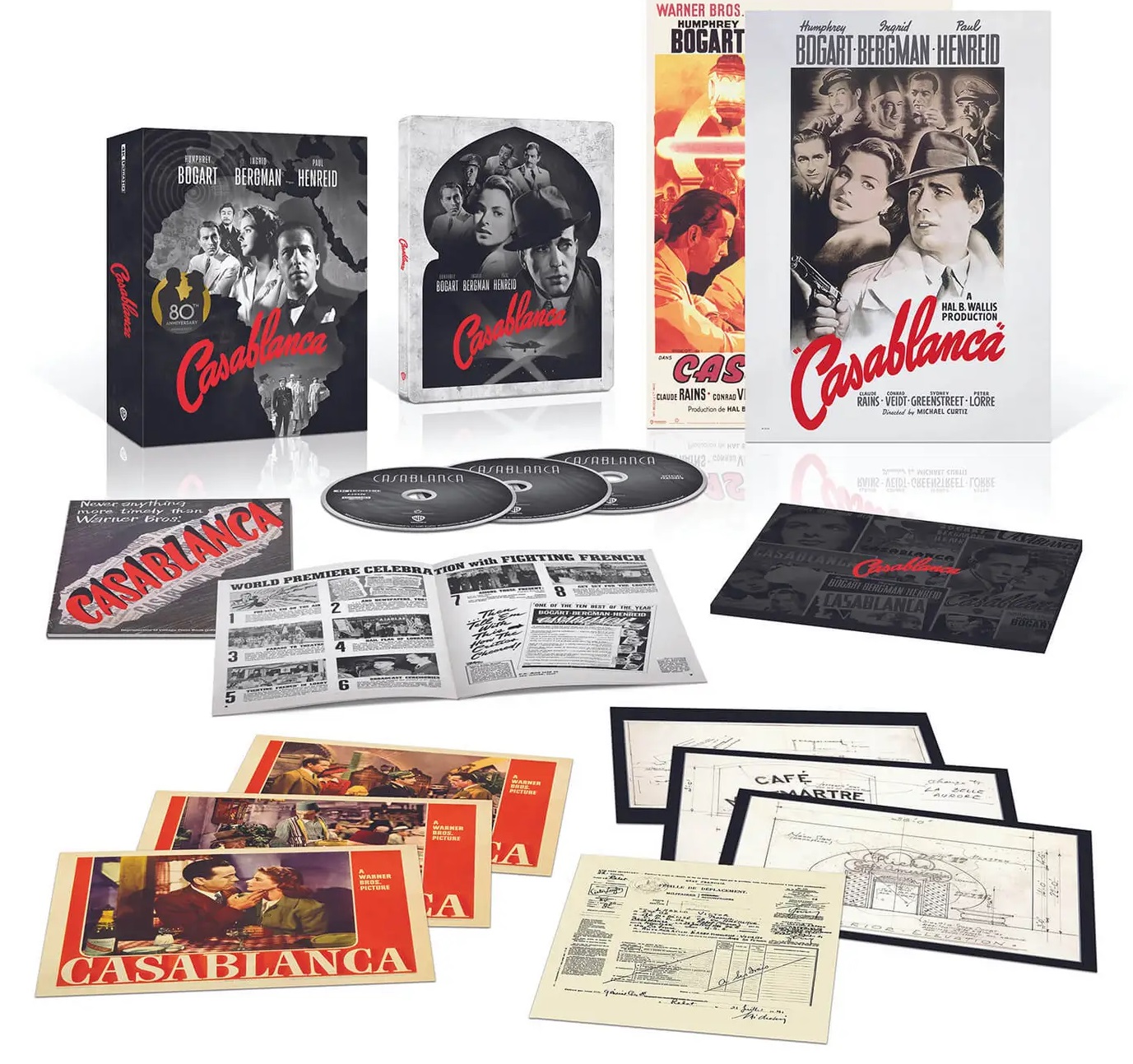 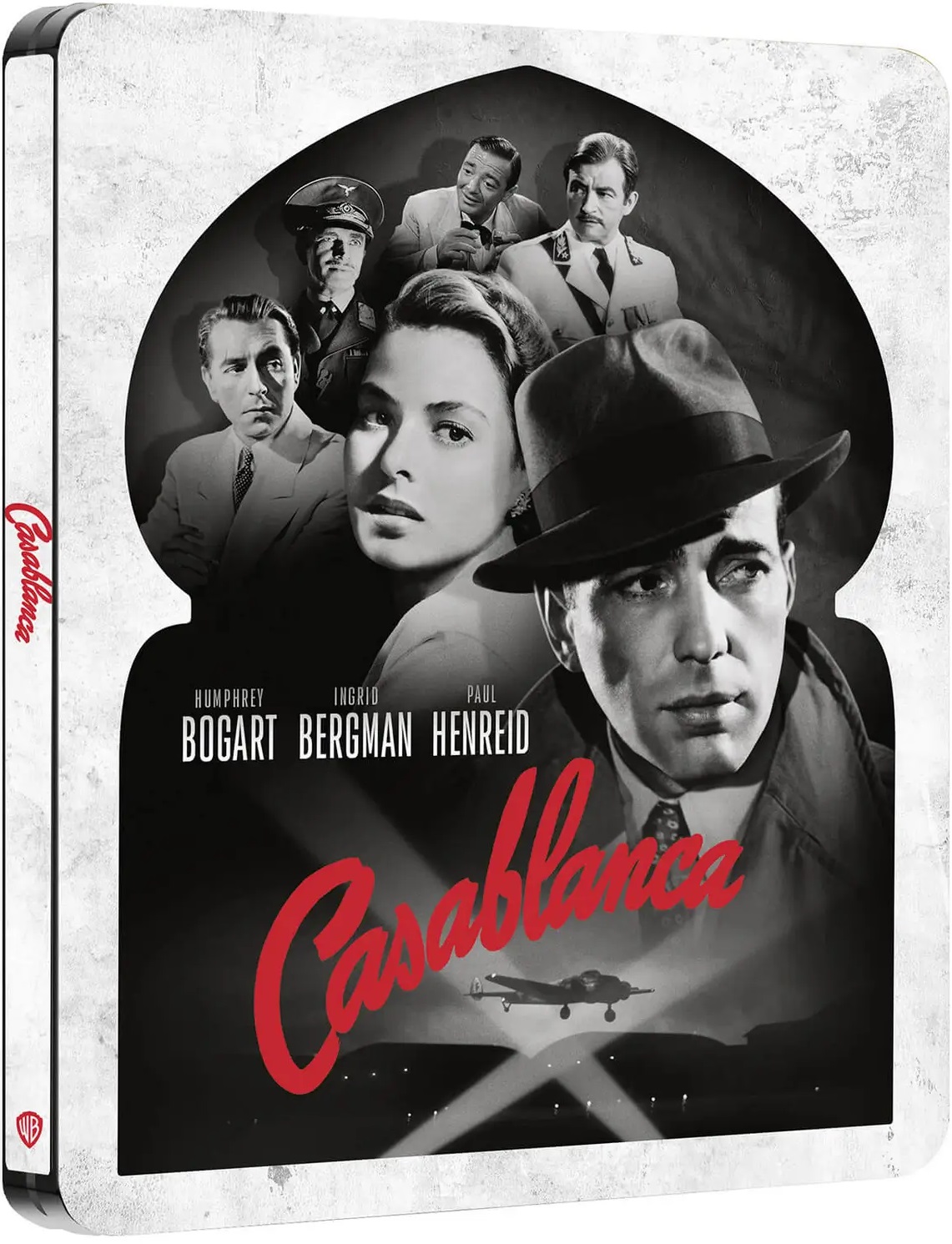