Jurassic World: Dominion is finally with us, and as well as the standalone 4K steelbook release, Zavvi are also bringing us this 4K steelbook box set of all 6 movies.

Pre-orders are live now for Red Carpet subscribers, and around 9am UK time for everyone else. Our Red Carpet links don’t work properly for some reason, so you may need to log in first, then click the link again. Once the Red Carpet period is up, the link will work fine.

Jurassic Park takes you to a remote island where an amazing theme park with living dinosaurs is about to turn deadly, as five people must battle to survive among the prehistoric predators.

Four years since the disaster at Jurassic Park, two groups are in a race against time that will determine the fate of the remote island’s prehistoric inhabitants.

Adventure runs wild when renowned palaeontologist Dr. Alan Grant (Sam Neill) agrees to accompany a wealthy couple (William H. Macy and Téa Leoni) on an aerial tour of Isla Sorna, Dr. Grant soon discovers that his hosts are not what they seem, and the island’s native inhabitants are smarter and more brutal than he ever imagined.

22 years ago, John Hammond envisioned a theme park where guests could experience the thrill of witnessing actual dinosaurs. Today, Jurassic World welcomes tens of thousands of visitors, but something sinister lurks behind the park’s attractions: a genetically modified dinosaur with savage capabilities.

It’s been three years since Jurassic World was destroyed by dinosaurs out of containment, but when the island’s dormant volcano begins roaring to life, Owen (Chris Pratt) and Claire (Bryce Dallas Howard) mount a campaign to rescue the remaining dinosaurs from this extinction-level event.

Four years after Isla Nublar has been destroyed, dinosaurs now live – and hunt – alongside humans. This fragile balance will determine, once and for all, whether human beings are to remain the apex predators on a planet they now share with history’s most fearsome creatures. 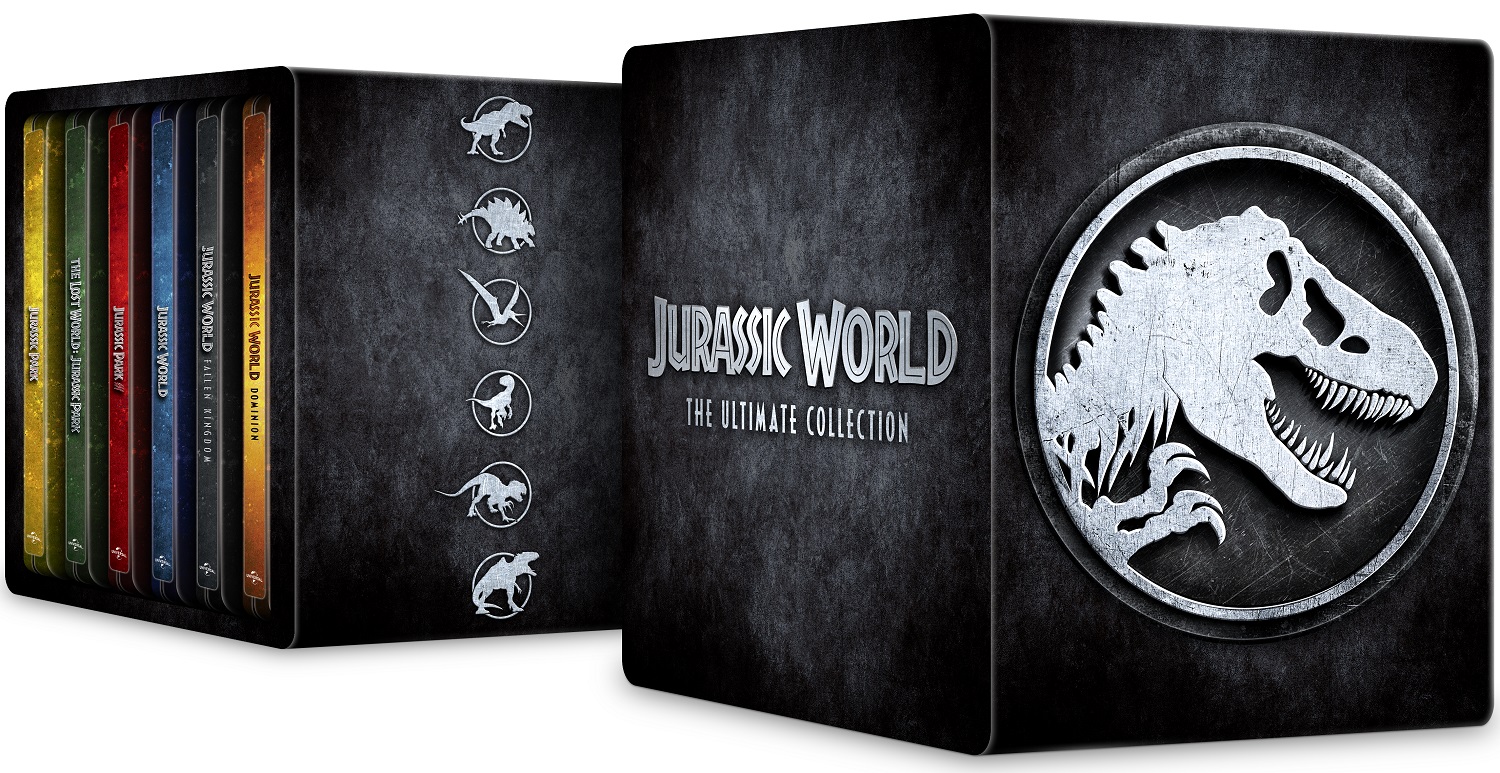