While the last season wasn’t to everyone’s liking, there’s no doubt that Game of Thrones re-wrote the rule book when it comes to big budget, epic television. We’re losing count of new shows being compared – often inaccurately – to GoT.

Warner Bros are now bringing us this new steelbook boxset release, featuring all 8 seasons of the show in 4K (so far only seasons 1 & 8 have had 4K releases), and with all new artwork for the steelbooks.

Based on the series of books “A Song Of Ice And Fire” by George R.R. Martin, Game Of Thrones follows kings and queens, knights and renegades, liars and noblemen as they vie for power. In a land where summers span decades and winters can last a lifetime, trouble is brewing. Two powerful families are engaged in a deadly cat-and-mouse game for control of the Seven Kingdoms of Westeros. As betrayal, lust, intrigue and supernatural forces shake the four corners of the Kingdoms, their bloody struggle for the Iron Throne will have unforeseen and far-reaching consequences. 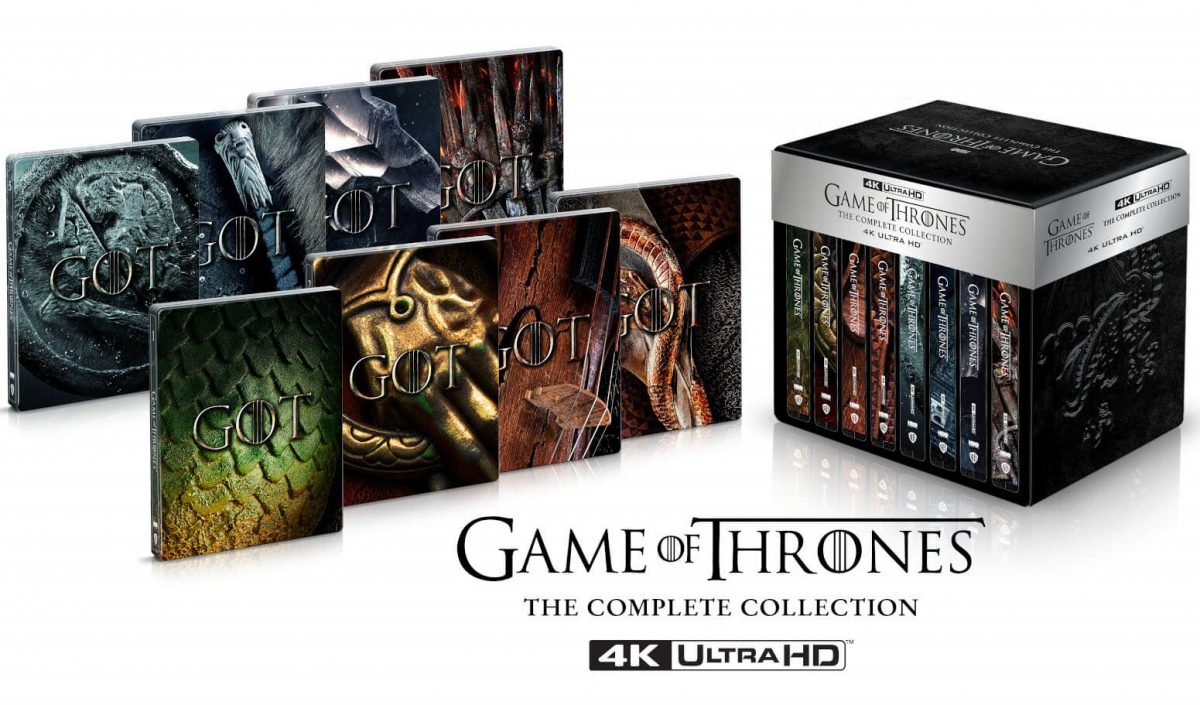