Despite never being a hit with critics, the Transformers series has proven itself to be box office gold, with a fifth installment now with us.

HMV have grabbed the UK exclusive steelbook release, which will include 2D & 3D versions of the movie.

Directed by Michael Bay and starring Mark Wahlberg, Anthony Hopkins and Josh Duhamel, this sci-fi action adventure is the fifth instalment in the film series based on the 1980s cartoons. With the battle between the human race and the Transformers raging on, mechanic and single parent Cade Yeager (Wahlberg) forms an alliance with English Lord Sir Edmund Burton (Hopkins) in an attempt to figure out why the Transformers keep returning to Earth. Meanwhile, Autobots leader Optimus Prime (voice of Peter Cullen) learns he was responsible for the death of his home world Cybertron. Desperate to make amends, he returns to Earth in search of a mysterious artefact which could bring Cybertron back to life and will seemingly do anything to achieve his goal. The cast also includes Laura Haddock, Stanley Tucci, Isabela Moner and Tyrese Gibson. 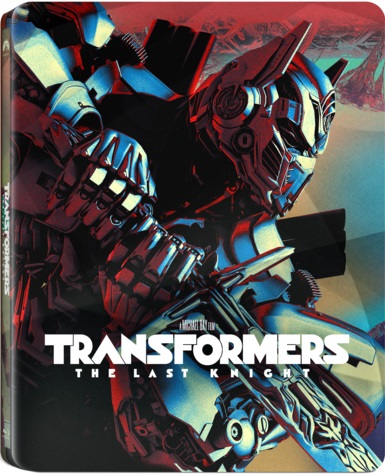