ARTWORK CONFIRMED – Trilogy closer “War For The Planet of The Apes” is getting a 4K, 2D & 3D Steelbook from HMV

When it was first announced, the first rebooted Planet of The Apes movie, Rise, was met with a lot of scepticism, but it managed to defy expectations, turning out to be a solid sci-fi drama. The second movie, Dawn, was even better, and now the third in the series, War For The Planet of The Apes, is picking up some VERY positive reviews.

As usual with Fox releases, HMV have bagged to the UK exclusive, which will include the movie on 4K, 2D and 3D Blu-ray, so all your bases are covered.

The artwork WILL feature the title on the spine, contrary to the image below.

Matt Reeves directs this second sequel in the ‘Planet of the Apes’ franchise starring Woody Harrelson and Andy Serkis. Following on from the events of ‘Dawn of the Planet of the Apes’ (2014), ape Caesar (Serkis) finds himself and his kind trapped in a war with the humans led by Colonel McCullogh (Harrelson). Although adamant that apes are not savages, when a large number lose their lives at the hands of the humans, Caesar channels his dark side and vows to get revenge for every ape life lost. The cast includes Steve Zahn as Bad Ape, Judy Greer as Caesar’s wife Cornelia and Gabriel Chavarria as top human soldier Preacher. 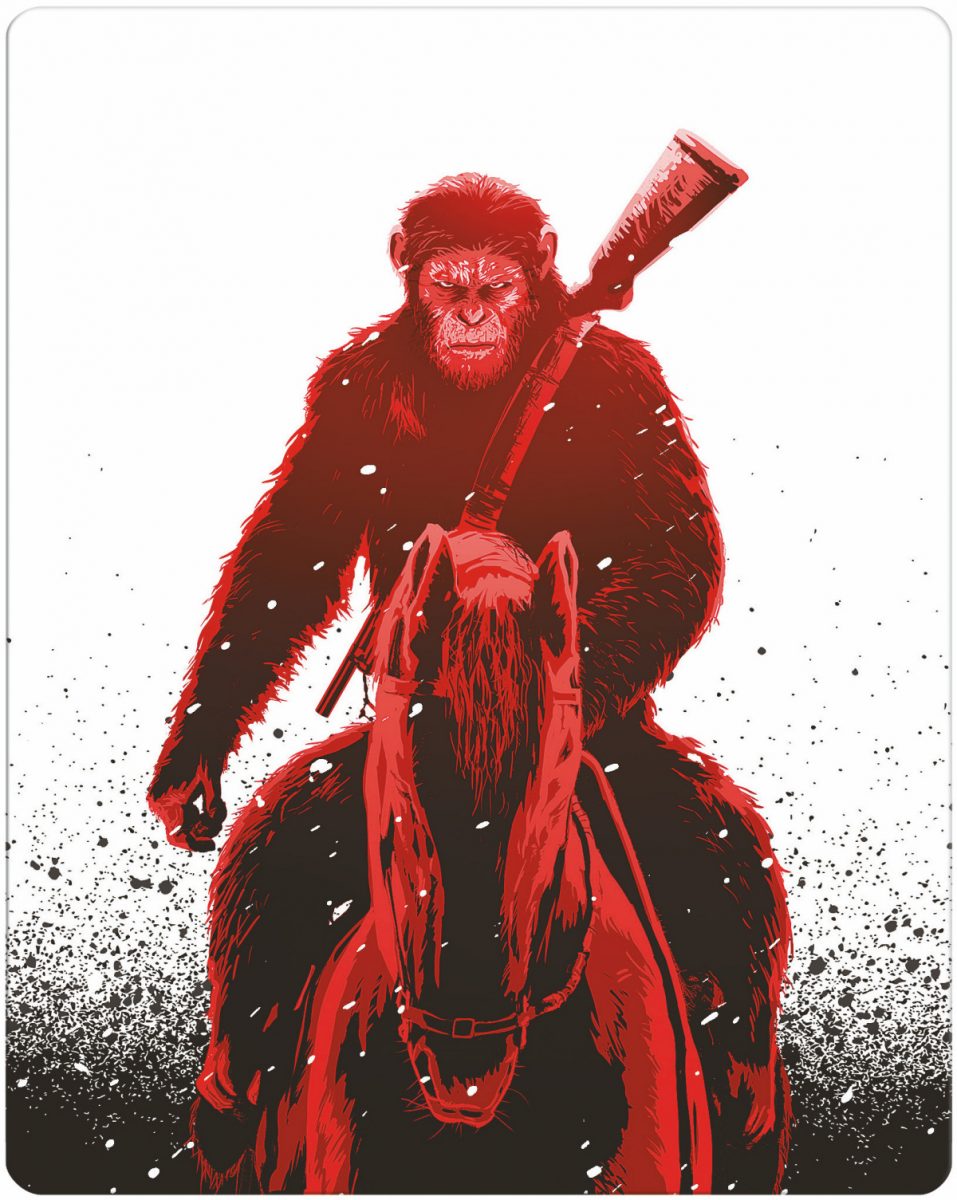 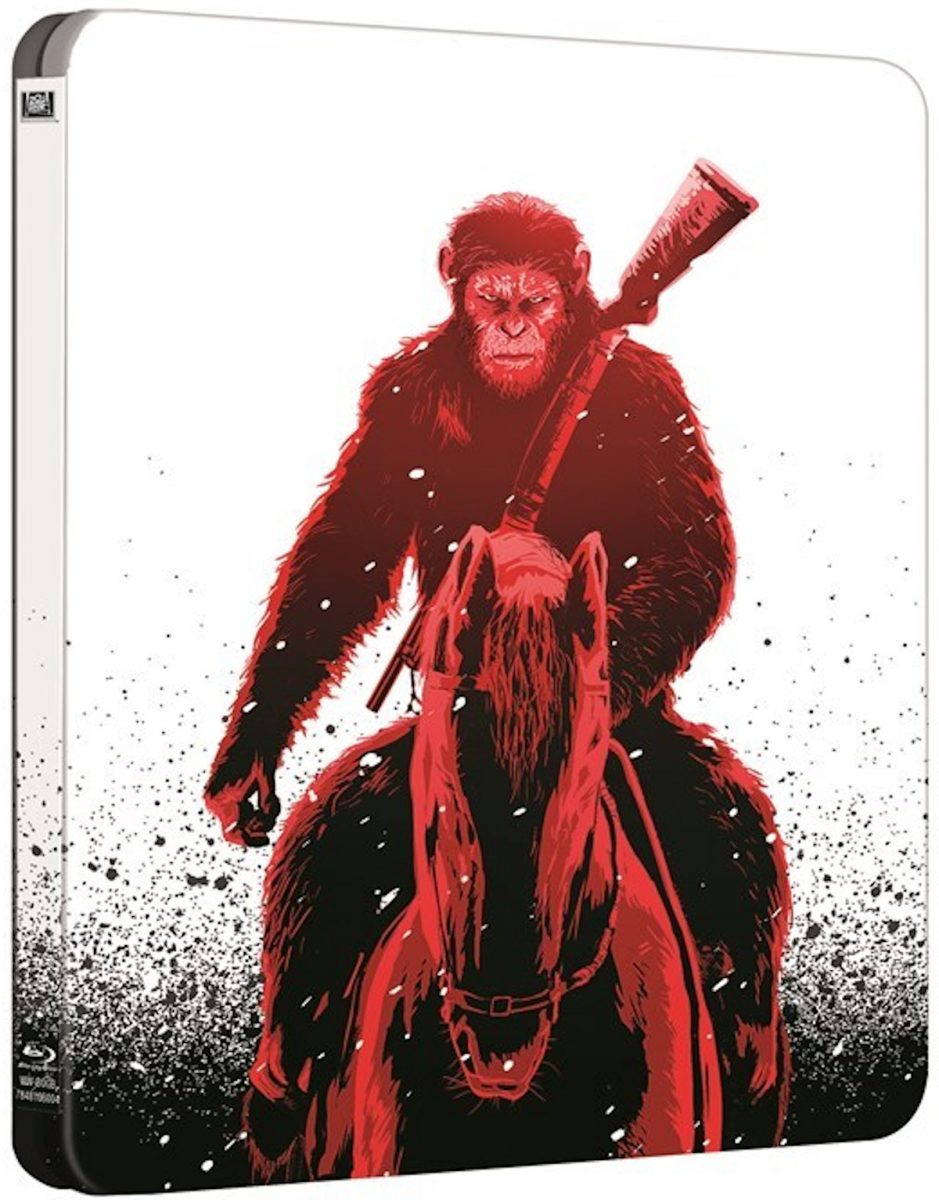 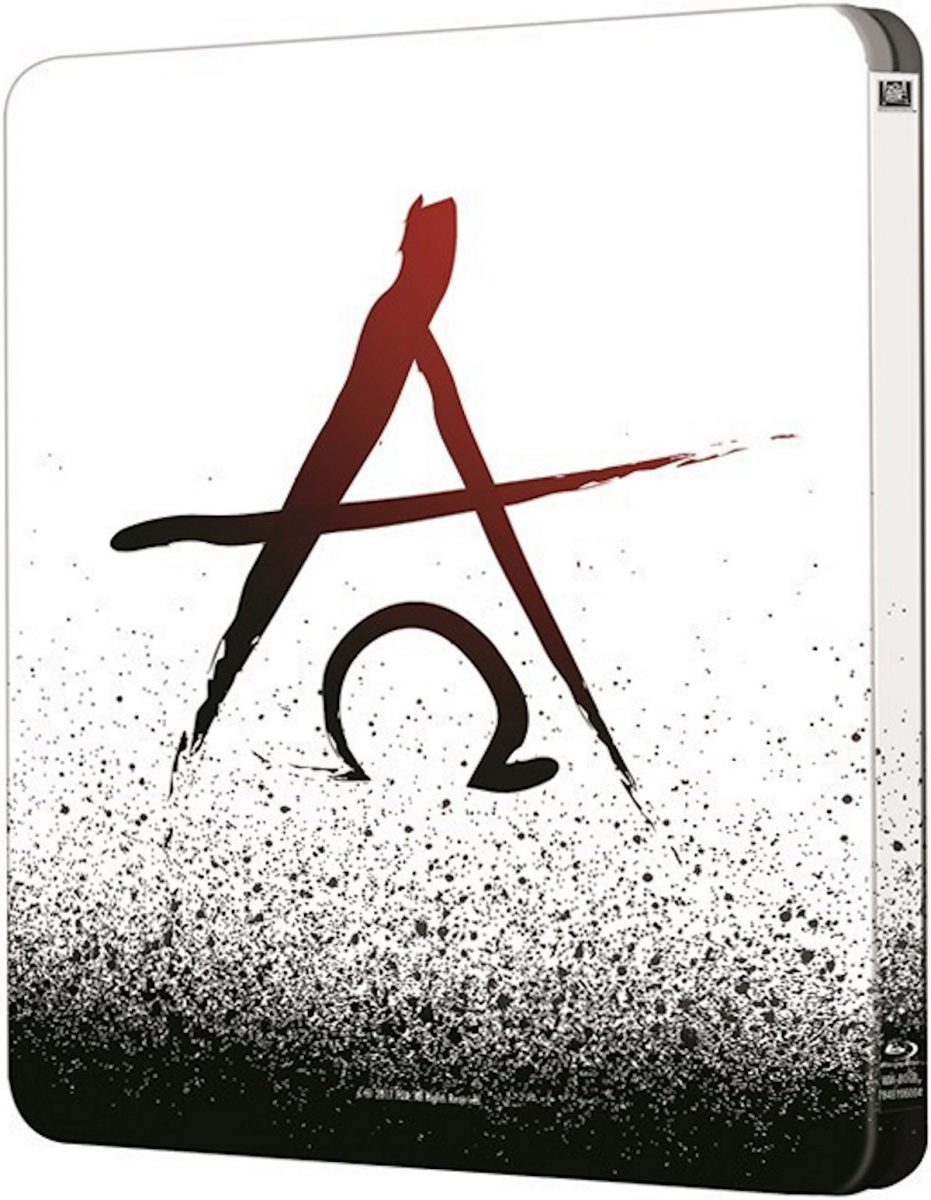 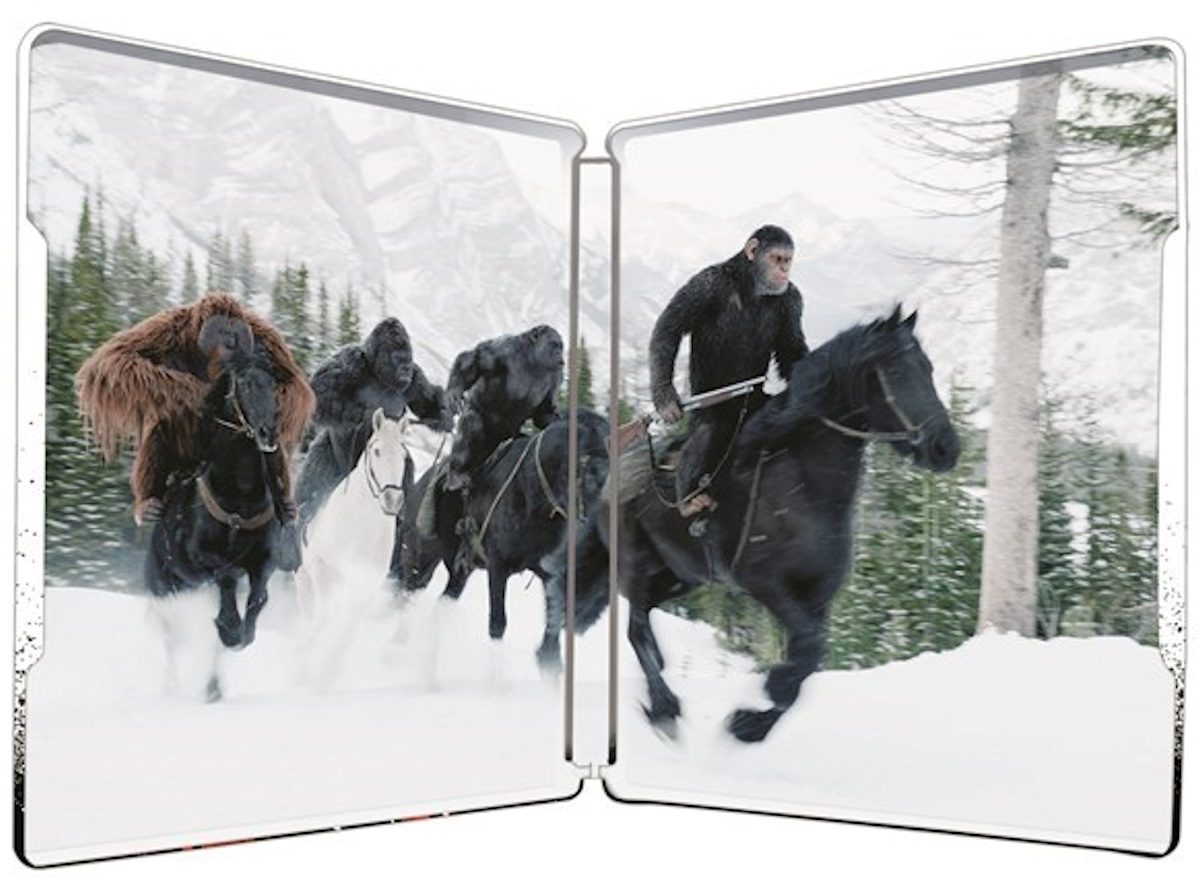