Terminator 2: Judgement Day is 30 years old. Just let that one sink in for a bit… Anyway, Studio Canal will be bringing us a couple of new 4K releases to celebrate, including a steelbook edition, a vinyl edition featuring the score on double LP, and a Zavvi exclusive Collectors Edition.

Both will include the movie on 4K & Blu-ray, as well as a 3D version, and a nice looking selection of bonus features. Studio Canal have confirmed that this will use the same disappointingly over-DNRd 4K transfer as the previous release.

James Cameron’s epic action, sci-fi masterpiece starring Arnold Schwarzenegger in his most iconic role, first hit cinema screens in 1991, 30 years later Terminator 2 is still considered one of the greatest action blockbusters of all time. It has been 10 years since the events of Terminator. Sarah Connor’s ordeal is only just beginning as she struggles to protect her son John, the future leader of the human resistance against the machines, from a new Terminator, T1000 sent back in time to eliminate John Connor while he’s still a child. Sarah and John don’t have to face this terrifying threat alone however. The human resistance have managed to send them an ally, a warrior from the future ordered to protect John Connor at any cost. The battle for tomorrow has begun… 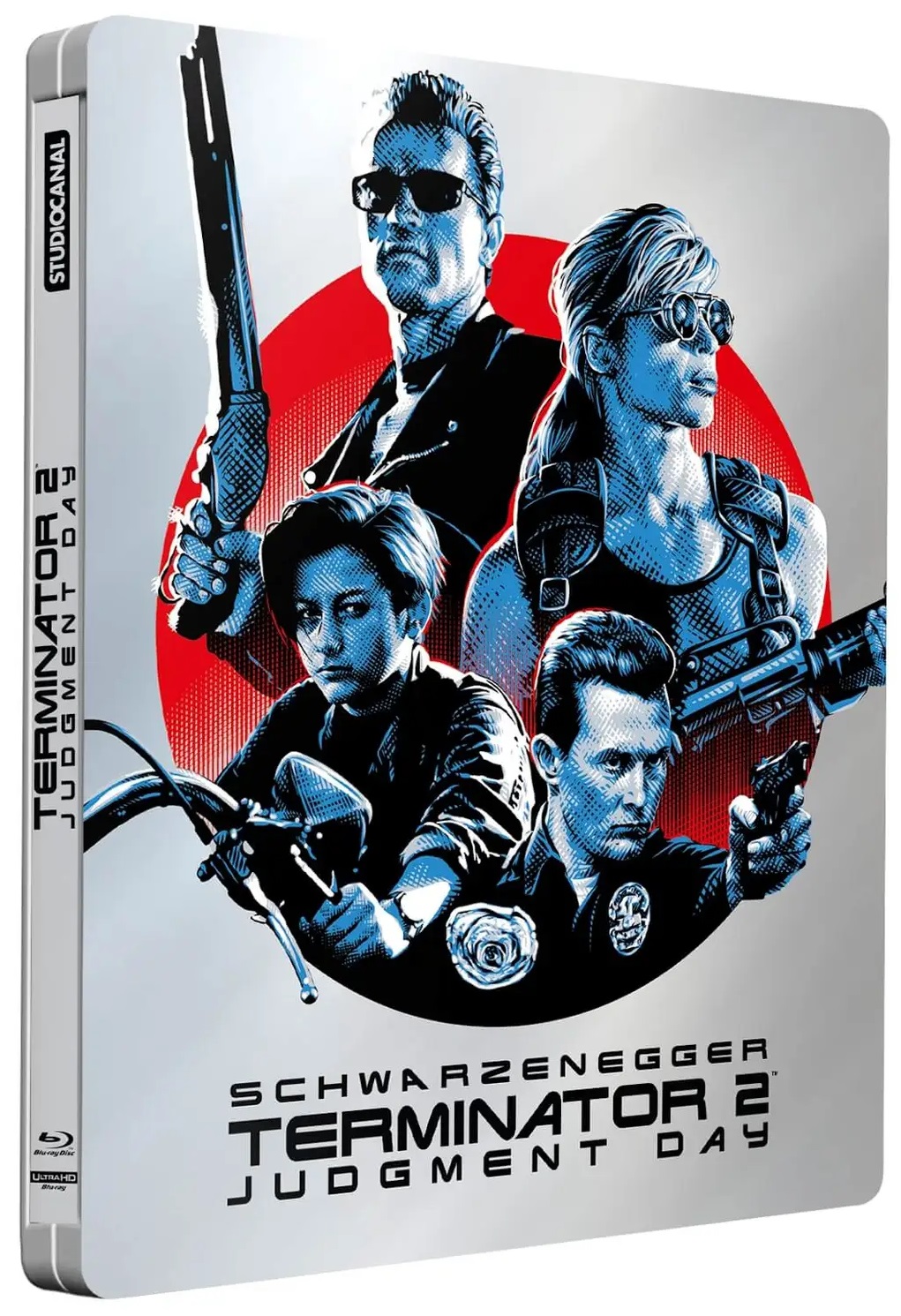 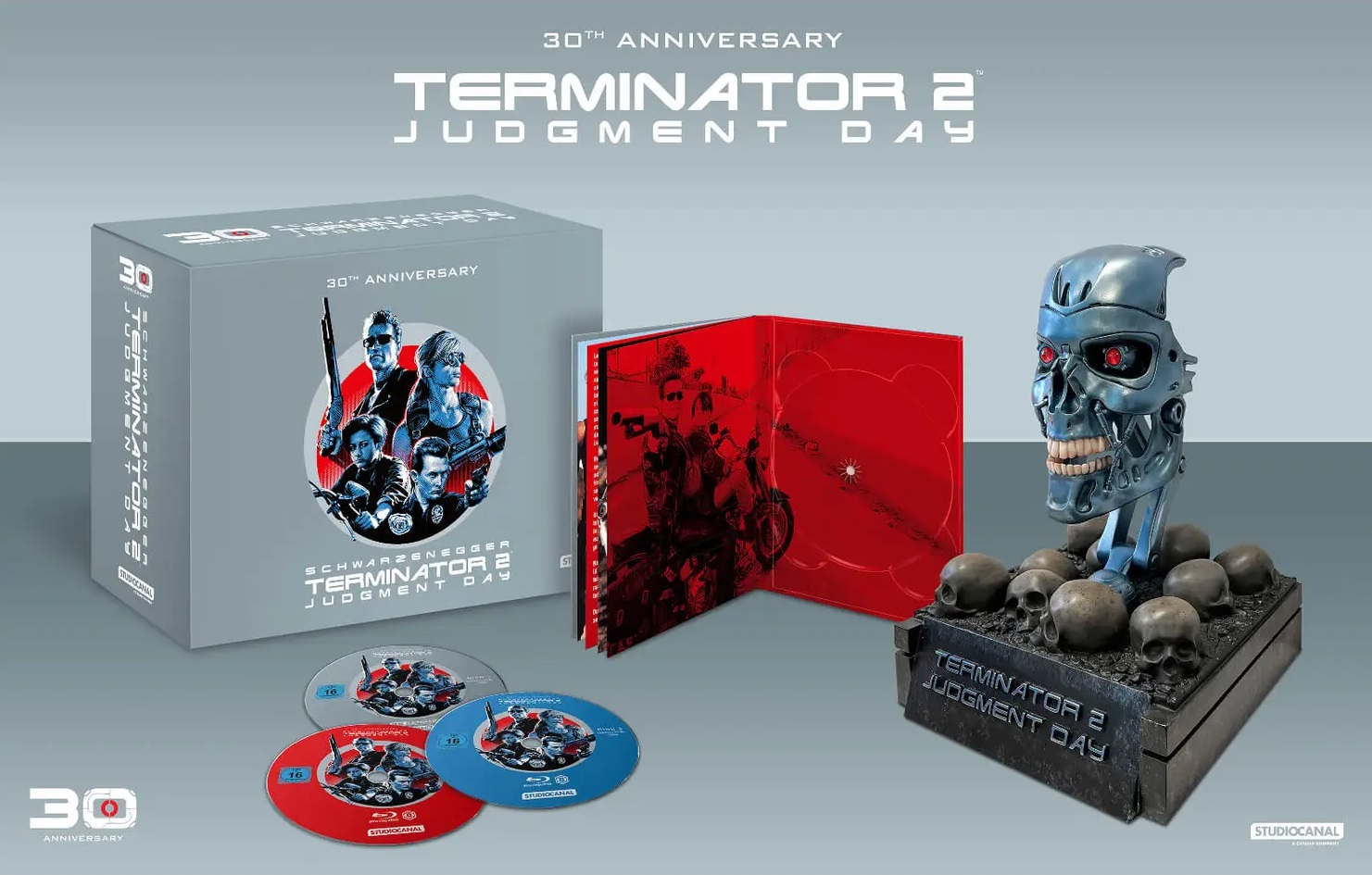 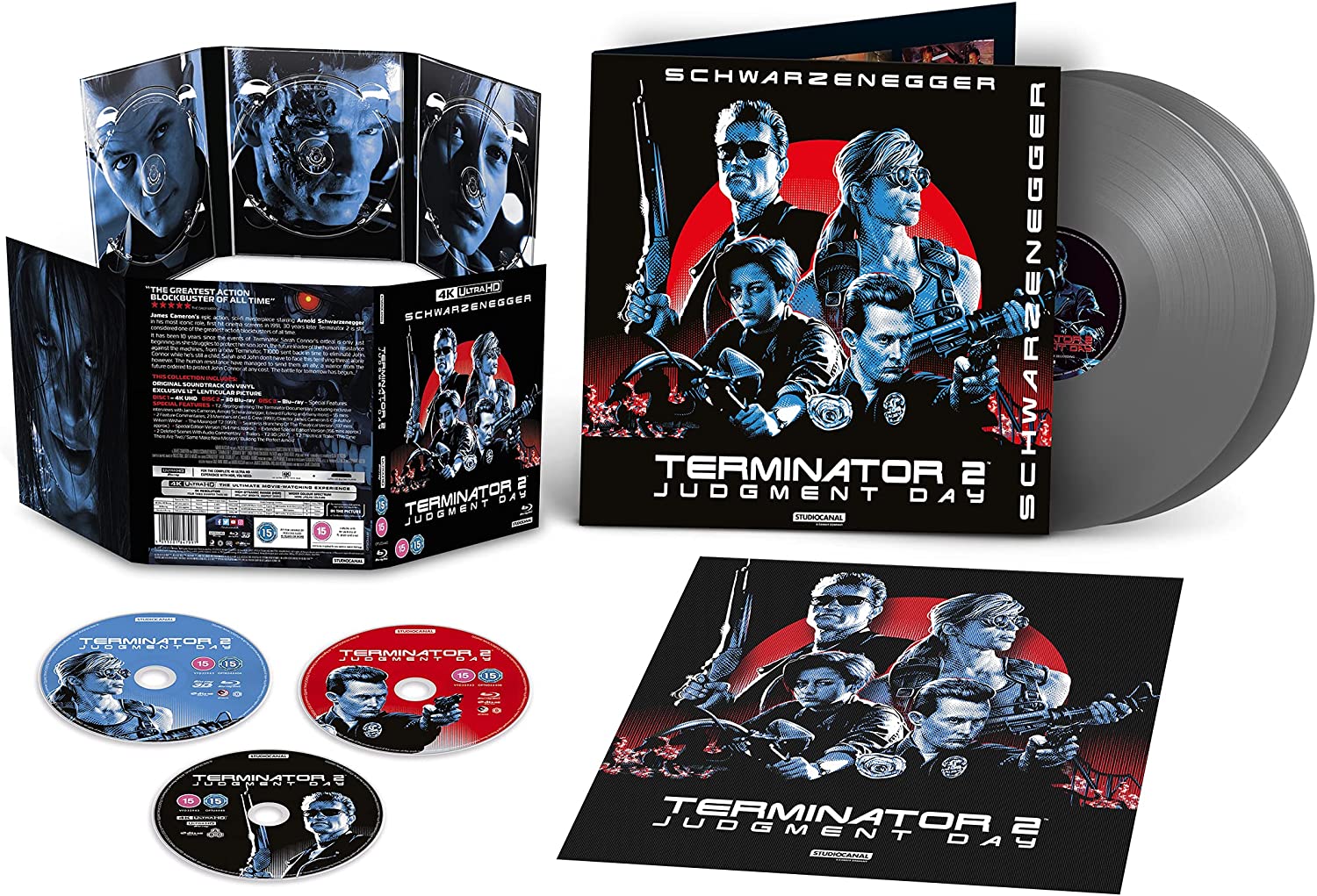