While you can pick up a new 2D & 3D steelbook release, the newly remastered Terminator 2: Judgment Day is also getting an Endo Arm Limited Edition, which will include the movie in 4K, as well as 2D & 3D Blu-ray and soundtrack CD.

Pre-orders for this are live right now. It’s not currently listed as an exclusive, so we’ll add more links as we get them.

You can also get the stand-alone 4K & 2D release here. 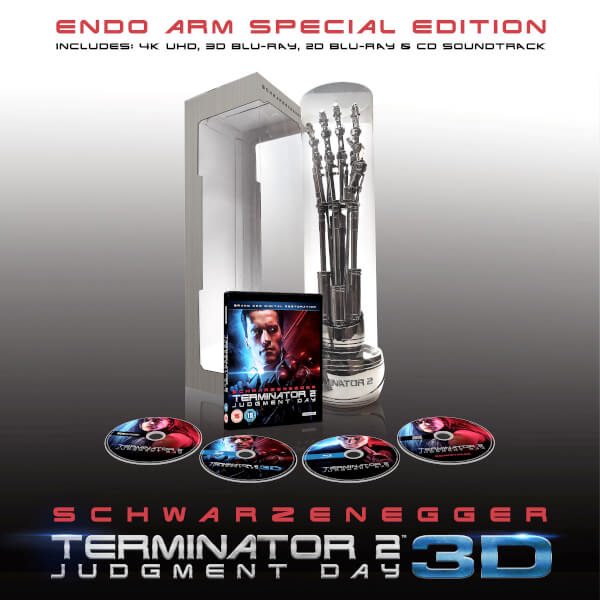