Originally available only from HMV, Sony have decided that what this country needs is a re-release of The Green Hornet steelbook, and this time Zavvi are the lucky ones to grab the exclusive.

I do really like Seth Rogen, honestly, but this film…

Final art is TBC, but we’d imagine it’ll be the same as last time.

Pre-orders will be live around 6pm UK time on Saturday July 8th, so ignore the ‘sold out’ button until then.

Britt Reid (Seth Rogen) is a fun-loving slacker who spends his time partying and living off his wealthy father; James Reid (Tom Wilkinson). But when James is found dead Britt becomes the heir to his empire and all of a sudden his attitude to life changes. He fires all of his father’s staff apart from the maid and his assistant Kato (Jay Chou). After getting drunk together and discussing how much they hated James, Britt and Kato go to visit his gravesite to vandalise the grave as payback. After doing this they see a couple being mugged and come to their rescue. After succeeding Britt now has a new desire in life and feels it’s time to serve his purpose.

Britt convinces Kato to form a crime-fighting team with him who pose as criminals to infiltrate real criminals. After getting a taste of vigilante the two decide it’s time to go after the big fish. So they set out to take down Russian mobster Benjamin Chudnofsky (Cristoph Waltz) and bring his corrupt economy to its knees. 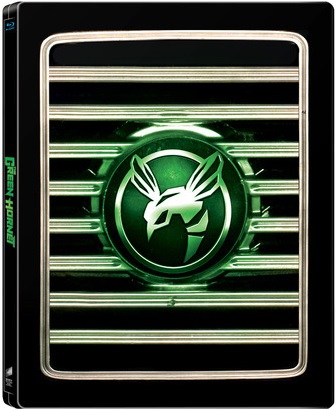