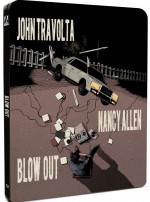 Arrow have announced a number of releases heading our way in Q2 this year, including a steelbook edition of Brian De Palma’s classic thriller, Blow Out, which is available for pre-order now.

The release date is May 27th, and the specs and artwork can be found below.

One of Brian De Palma’s most acclaimed films, this brilliant fusion of the obsessive sleuthing of Blow-up and The Conversation with themes drawn from real-life political scandals (the JFK assassination, Chappaquiddick, Watergate) starts with sound technician Jack Terry (John Travolta) accidentally recording what might be explosive evidence of a deadly conspiracy.

Brilliantly shot by the then recent Oscar-winner Vilmos Zsigmond, this terrifically stylish thriller co-stars Nancy Allen as the eyewitness who becomes the unwitting target of John Lithgow’s serial killer as he ruthlessly attempts to bury all the evidence.

It’s also a film about the filmmaking process: Terry is originally hired to work on the low-budget slasher film Coed Frenzy, and later turns his technical skills to much more serious use as he tries to reconstruct a political assassination on film in a way that will stand up in court. 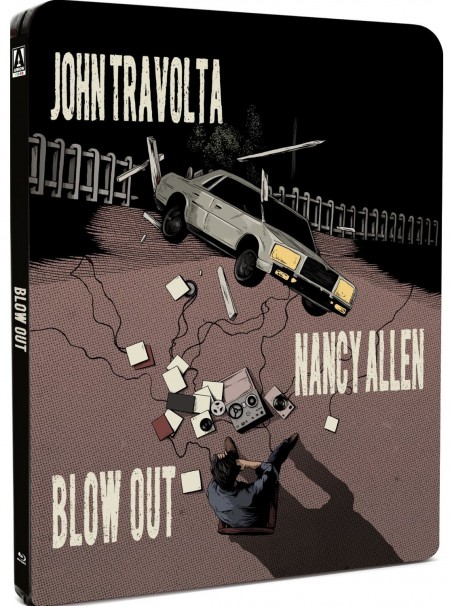