Briliant sci-fi comedy sequel “Back To The Future: Part II” is getting a new 4K Steelbook release from Zavvi in February

On February 23rd, You’ll be able to pick up this new 4K steelbook release of Back To The Future: Part II, featuring the movie’s original poster art.

Brace yourself – as the most spectacular history-altering adventure of all time continues in the hit sequel that proves lightning can strike twice!

Marty and Doc Michael J. Fox and Christopher Lloyd) have barely recovered from their first time-travelling adventure when they launch themselves once more into the space-time continuum. But this time around, their attempt to fine-tune the future in the year 2015 creates an outlandish, alternate 1985 Hill Valley where Biff Tannen is rich, powerful and… Marty’s dad! Now, their only chance to fix the present is by going back to 1955 all over again. But can Doc and Marty patch up the past without igniting a universe-shredding time paradox?

Executive Producer Steven Spielberg and Director Robert Zemeckis rev up another round of wondrously inventive, comically super-charged action in Back to the Future Part II! 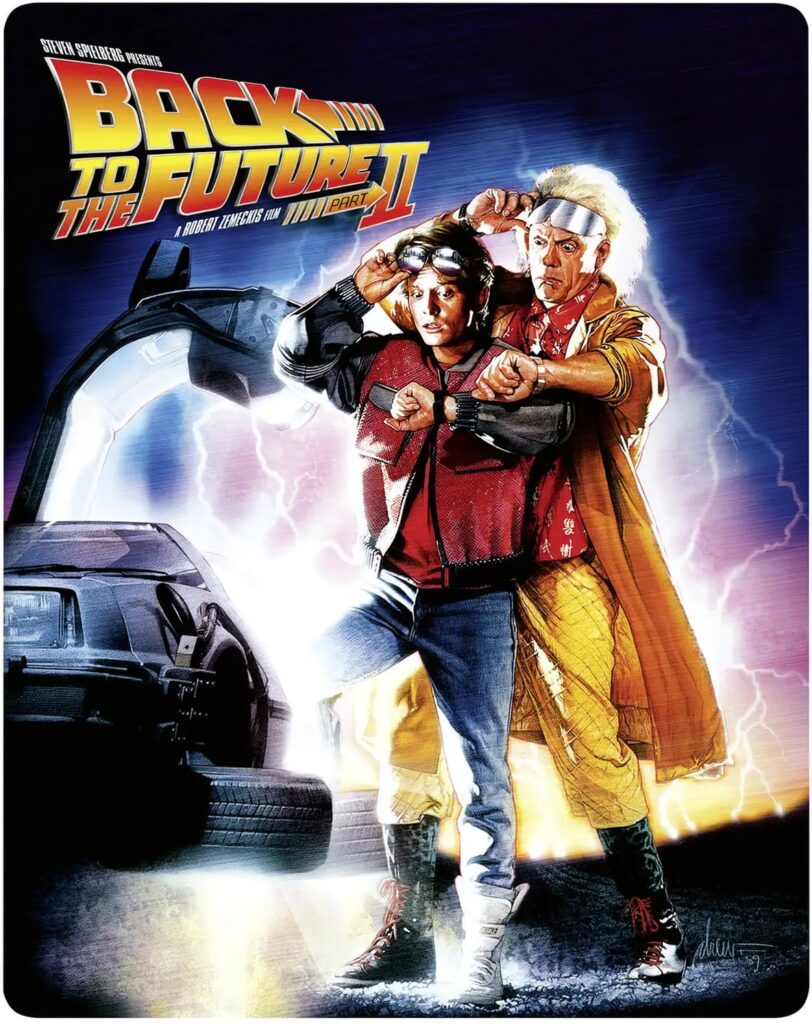 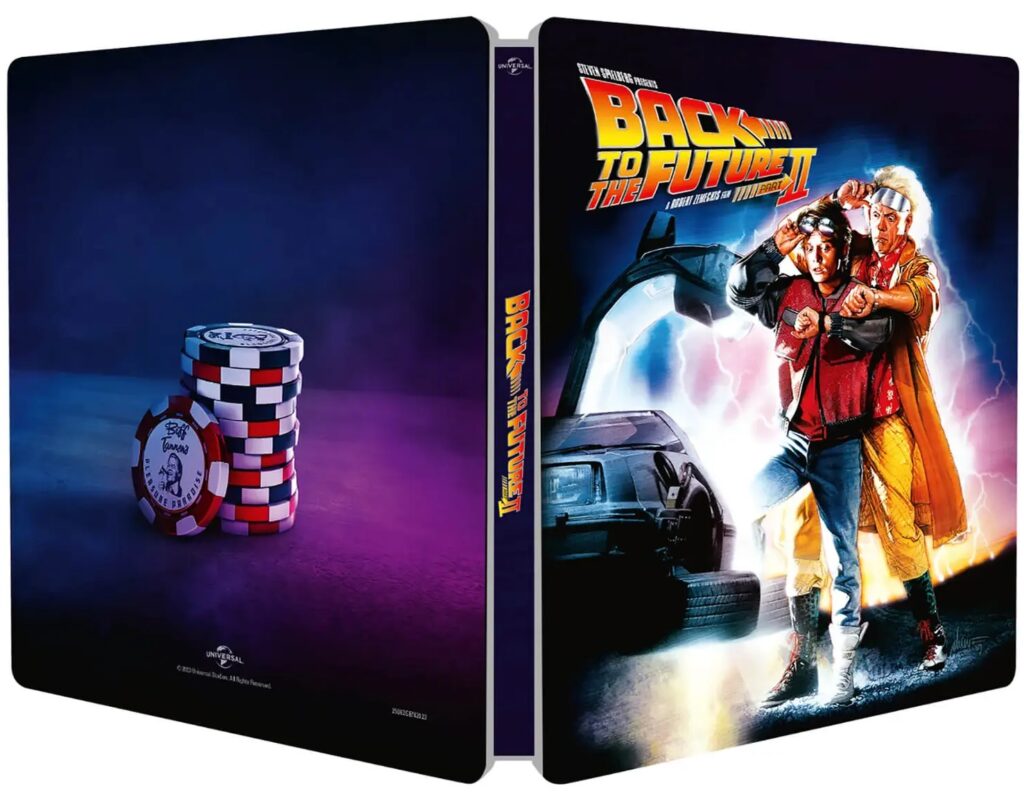