While the UK 2D/3D steelbook comes with a resin magnet and a simple, strong graphic design, it looks like the European release – assuming this is final – is a little more arty, featuring the work of Ryan Meinerding, Marvel Studios’ Head of Visual Development.

If this IS the final art then wow, we’re in for a treat.

It’s POSSIBLE that it will also be the final art for the UK HMV 4K/2D/3D release as well, but that’s still TBC. We’re trying to confirm.

Pre-orders are live now on Amazon France and Germany. The French listing specifies a 2D & 3D release, while the German release is unclear whether or not 3D is included.

The French listing also indicates a late November release, which sounds about right.

Thanks to reader Edgar for the heads up!

A young Peter Parker/Spider-Man (Tom Holland), who made his sensational debut in Captain America: Civil War, begins to navigate his newfound identity as the web-slinging super hero in Spider-Man: Homecoming. Thrilled by his experience with the Avengers, Peter returns home, where he lives with his Aunt May (Marisa Tomei), under the watchful eye of his new mentor Tony Stark (Robert Downey, Jr.). Peter tries to fall back into his normal daily routine – distracted by thoughts of proving himself to be more than just your friendly neighborhood Spider-Man – but when the Vulture (Michael Keaton) emerges as a new villain, everything that Peter holds most important will be threatened. 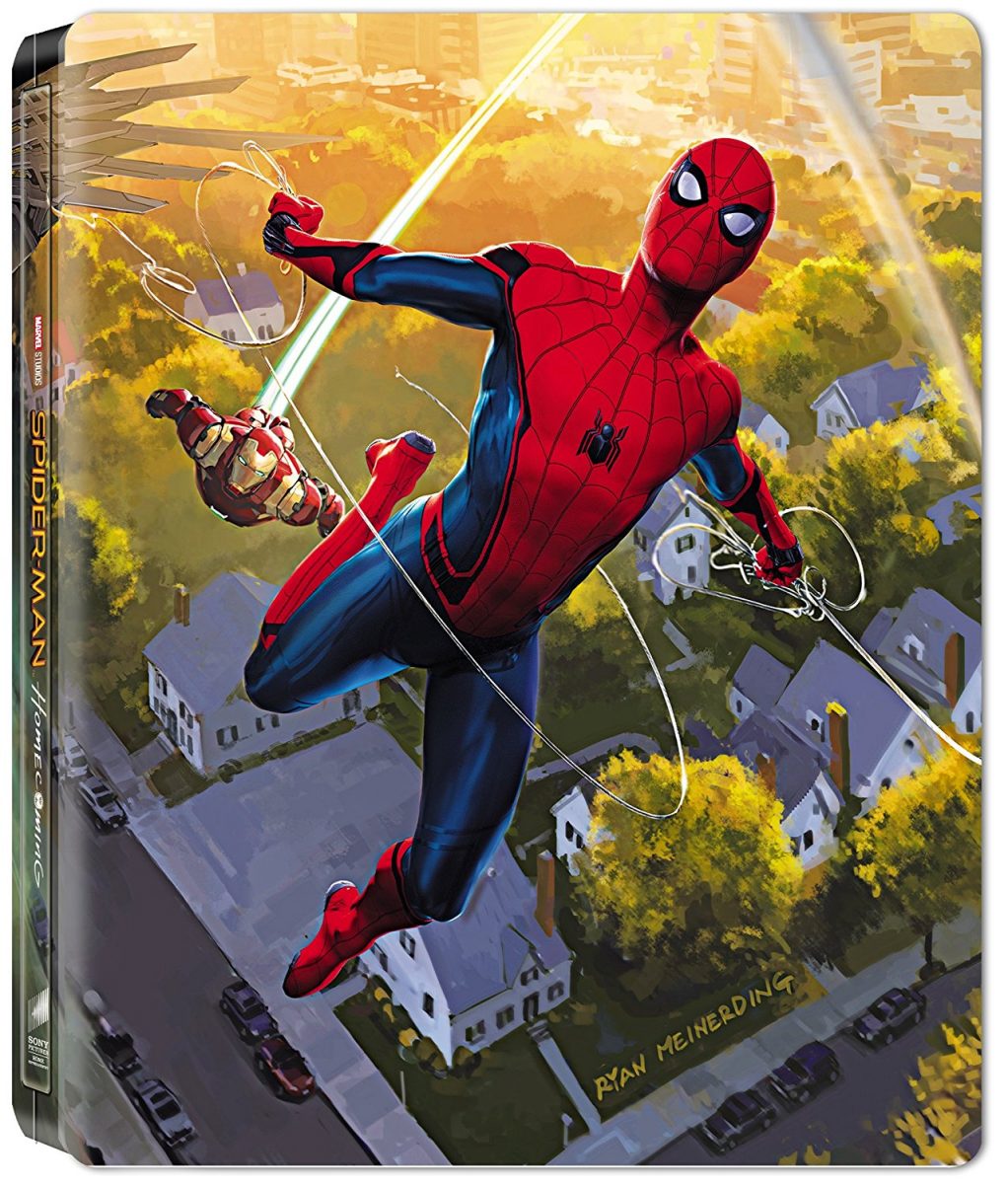