Check out this complete “Doctor Who” 50th Anniversary box set, coming in September

Last year, British Sci-Fi series Doctor Who celebrated its 50th anniversary in fine style, with a series of special episodes and one-offs.

Now, to coincide with the start of season 8, starring new Doctor Peter Capaldi, they have all been gathered together in this packed 4 disc Blu-ray set, which is released on September 8th. 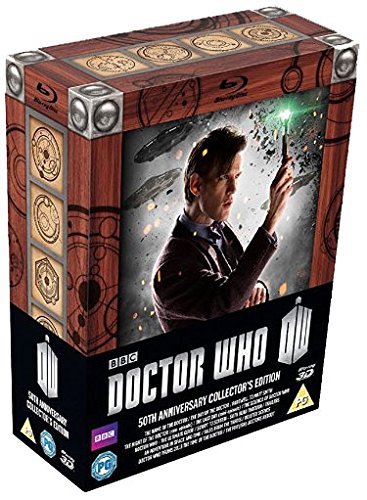