Controversial crime drama “Henry: Portrait of a Serial Killer” is getting a new Collectors Edition release from Arrow in April

On April 18th, Zavvi are releasing a new Collectors Edition release of the incredible – and controversial – Henry: Portrait of a Serial Killer. Loaded with extra features, the set will be available in both 4K and Blu-ray editions.

Pre-orders are live now, and we’ll add more as we get them.

Widely heralded as one of the greatest serial killer movies of all time, Henry: Portrait of a Serial Killer presents a bleak and unflinching dive into the mind of a mass murderer.

Recently released from prison, the nomadic Henry (Michael Rooker, Guardians of the Galaxy, The Walking Dead) finds temporary abode in the rundown Chicago lodgings of a former jail acquaintance and small-time drug dealer, Otis (Tom Towles). Hiding behind his unremarkable employment as a pest exterminator, Henry leads a double life, prowling the streets by night on a brutal and apparently motiveless killing spree. As the bodies mount up, Otis finds himself inducted into Henry’s dark secret world, but when Otis’ sister Becky (Tracy Arnold) moves in, herself fleeing from an uncomfortable domestic situation, it quickly becomes apparent that two’s company, but three’s a crowd.

Based on the horrific true-life crimes of Henry Lee Lucas, the harrowing controversial debut feature from John McNaughton (Mad Dog and Glory, Wild Things) returns to the UK in its best-looking release ever, in a new 4K restoration supervised by the director himself. 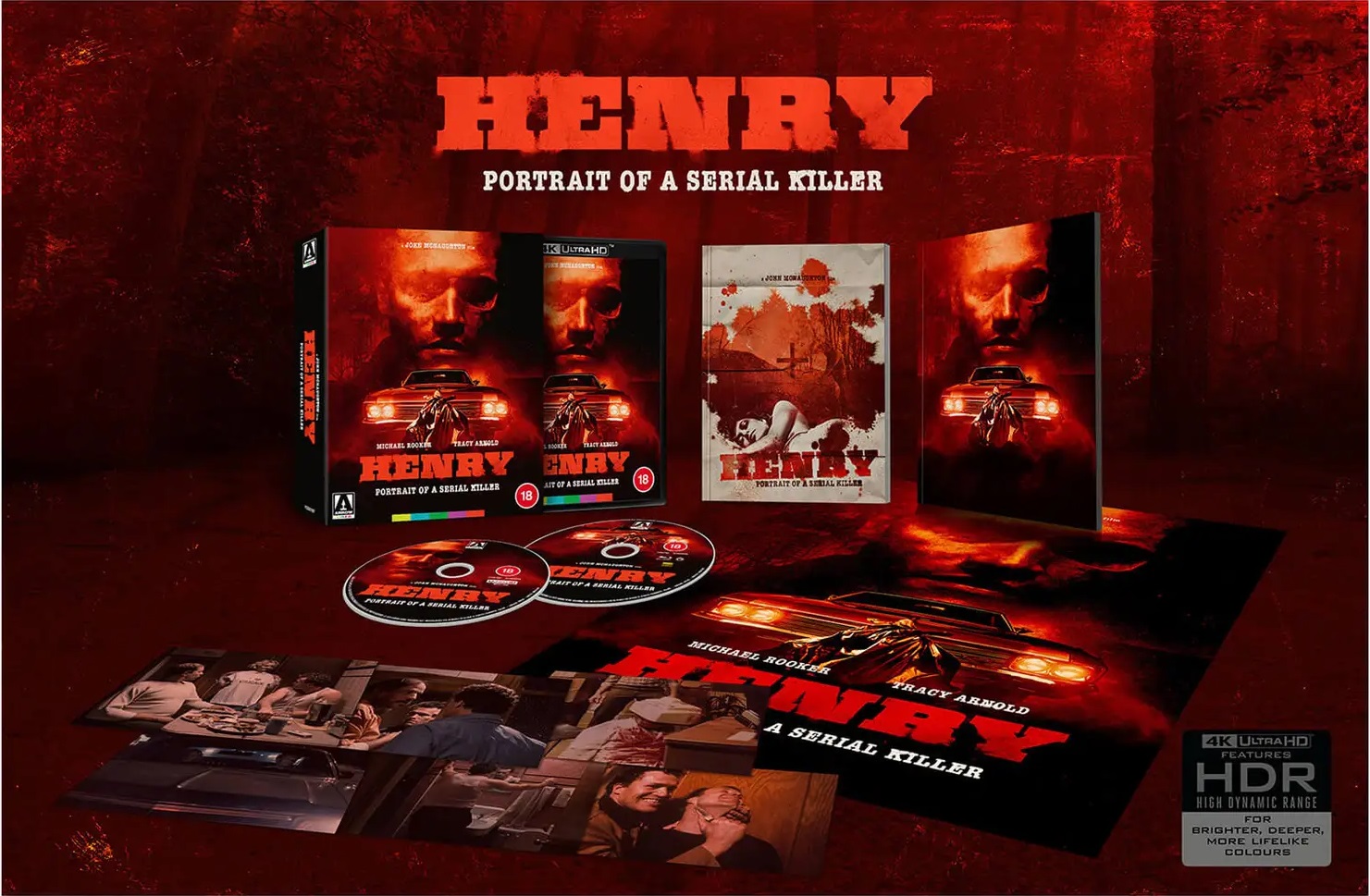