UPDATE – Contrary to information we received from Zavvi earlier, this release is the standard steelbook, NOT the Collectors Edition

The summer of 1993 was all about the box office smackdown between Last Action Hero, the high concept, mega budget action comedy starring Arnold Schwarzenegger, and Jurassic Park, the cutting edge VFX dinosaur extravaganza from blockbuster meastro Steven Spielberg. We all know how that turned out…

Though the final execution may have been botched, the concept of Last Action Hero is a solid one, and there’s still plenty to like – it’s certainly better than the reviews and box office returns suggest.

Zavvi have managed to secure a limited number of extra copies of their 4k steelbook release, so if you missed out first time now’s a great chance to grab a copy.

The final release date is still TBC, but orders will be live from around 8pm UK on Friday 27th August, so ignore any ‘sold out’ messages before then.

oung Danny Madigan (Austin O’Brien) is a lonely 11-year-old boy who escapes from his bleak reality by watching the action-adventure movies of his favourite film character, Jack Slater (Arnold Schwarzenegger). When his best friend, Nick the projectionist, gives him a special ticket to the new Slater film, Danny is magically transported into Jack’s world, where the good guys always win.

Danny becomes his helper as Jack battles a trio of nefarious bad guys, Benedict (Charles Dance), Vivaldi (Anthony Quinn) and The Ripper (Tom Noonan). But things get out of hand when Benedict steals Danny’s magic ticket stub and transports himself into the real world, where crime can, and often does, pay. Jack and Danny must leave fictional Los Angeles for real-life New York and battle the villains without the aid of movie magic or stuntmen.

SPECIAL FEATURES ARE PRESENTED IN SD OR HD RESOLUTION: 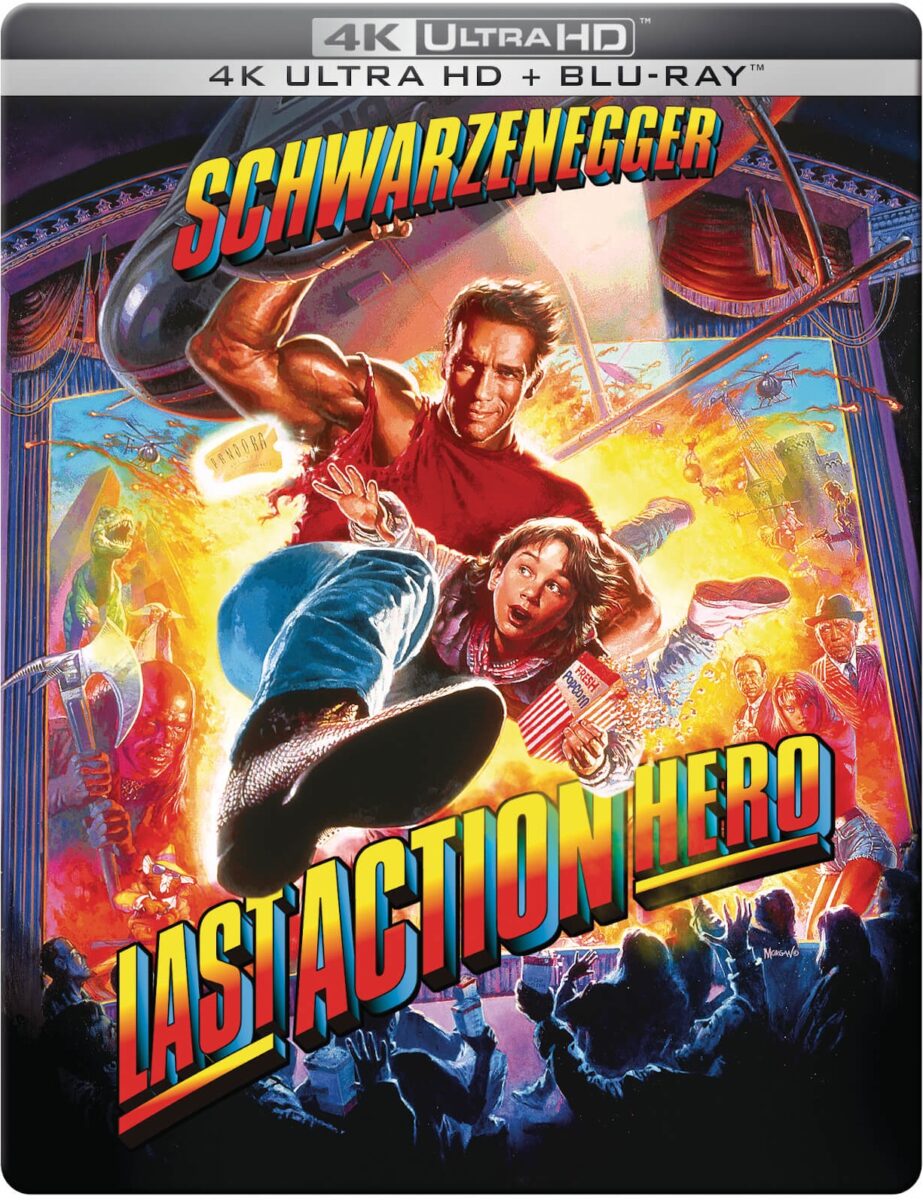 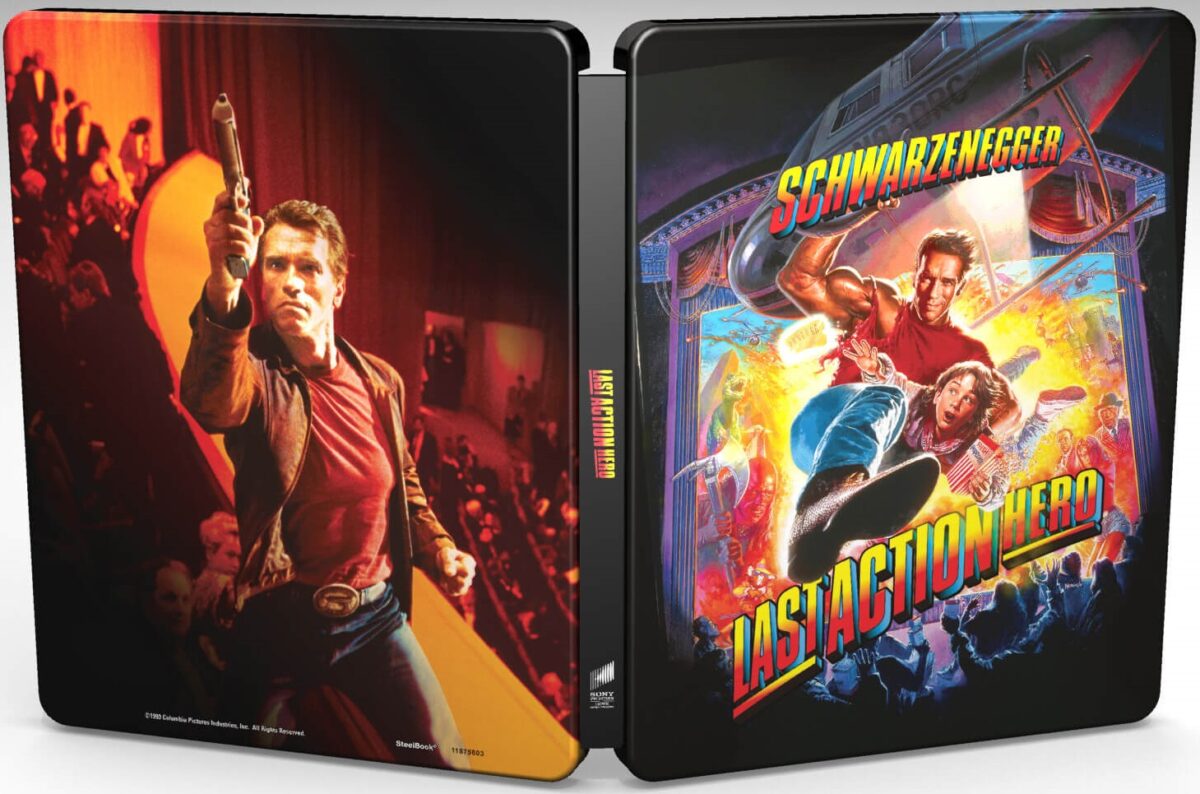 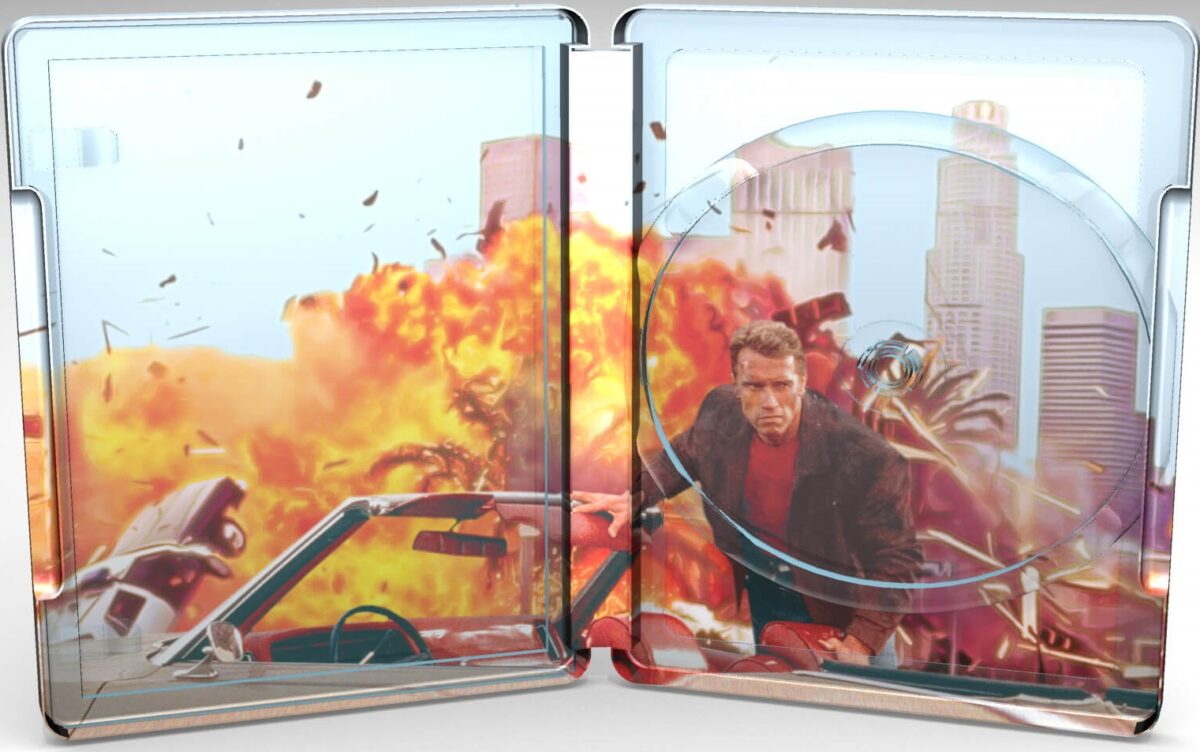