On June 6th you’ll be able to pick up a new 35th anniversary 4K steelbook release of Brian De Palma’s classic The Untouchables.

There are two to choose from – a regular release, and a Collectors Edition, which includes a double sided poster, 6 art cards and 2 business cards.

Under the visionary direction of Brian De Palma and with an adapted screenplay by David Mamet, THE UNTOUCHABLES is a must-see masterpiece – a glorious, fierce, larger-than-life depiction of good versus evil on the streets of Prohibition-era Chicago, with unforgettable performances by Robert De Niro as mob warlord Al Capone and Kevin Costner as law enforcer Eliot Ness. The big-screen blockbuster hit earned Sean Connery an Oscar®* for his portrayal of veteran officer Jimmy Malone, and the excellent supporting cast includes Patricia Clarkson, Andy Garcia and Charles Martin Smith. 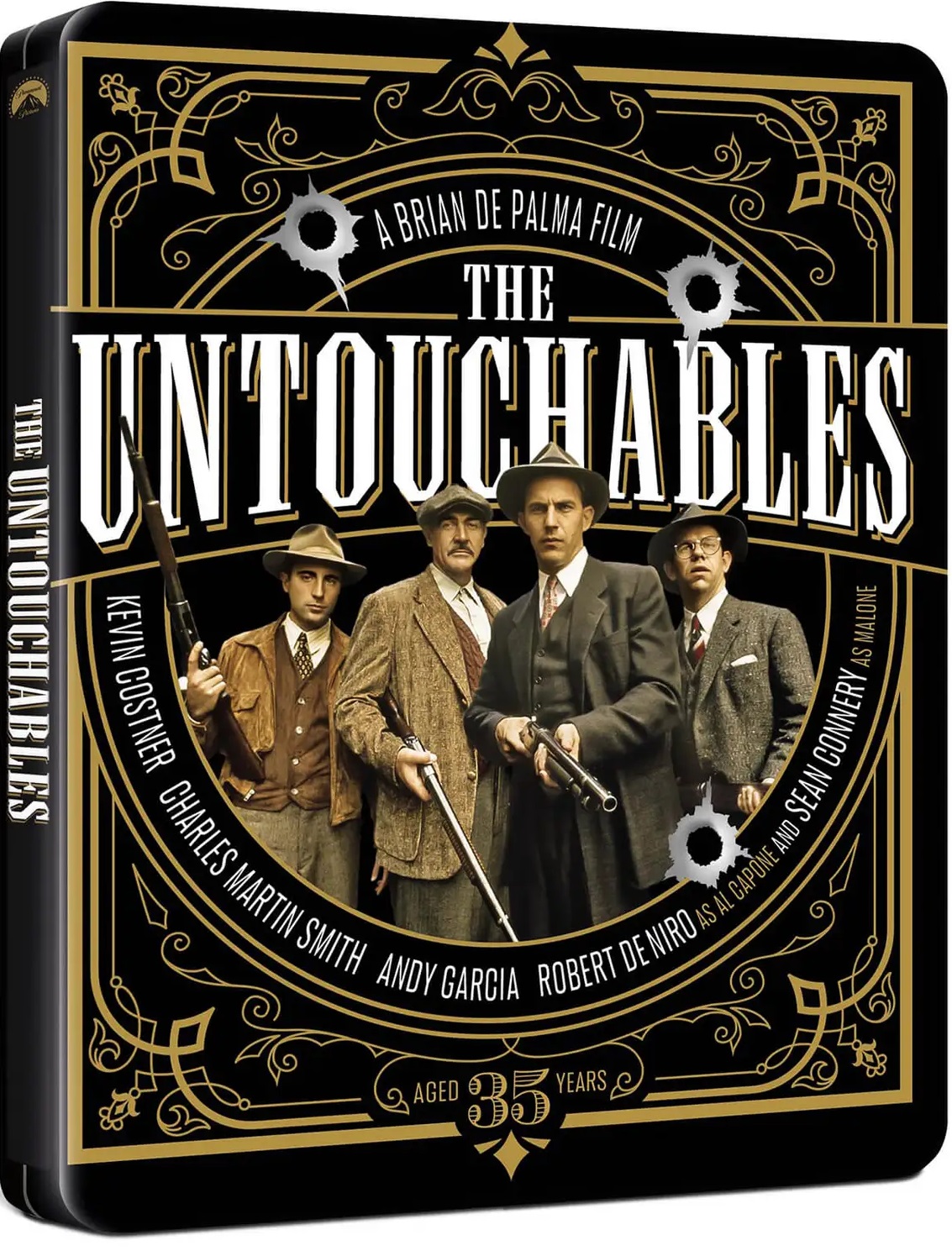 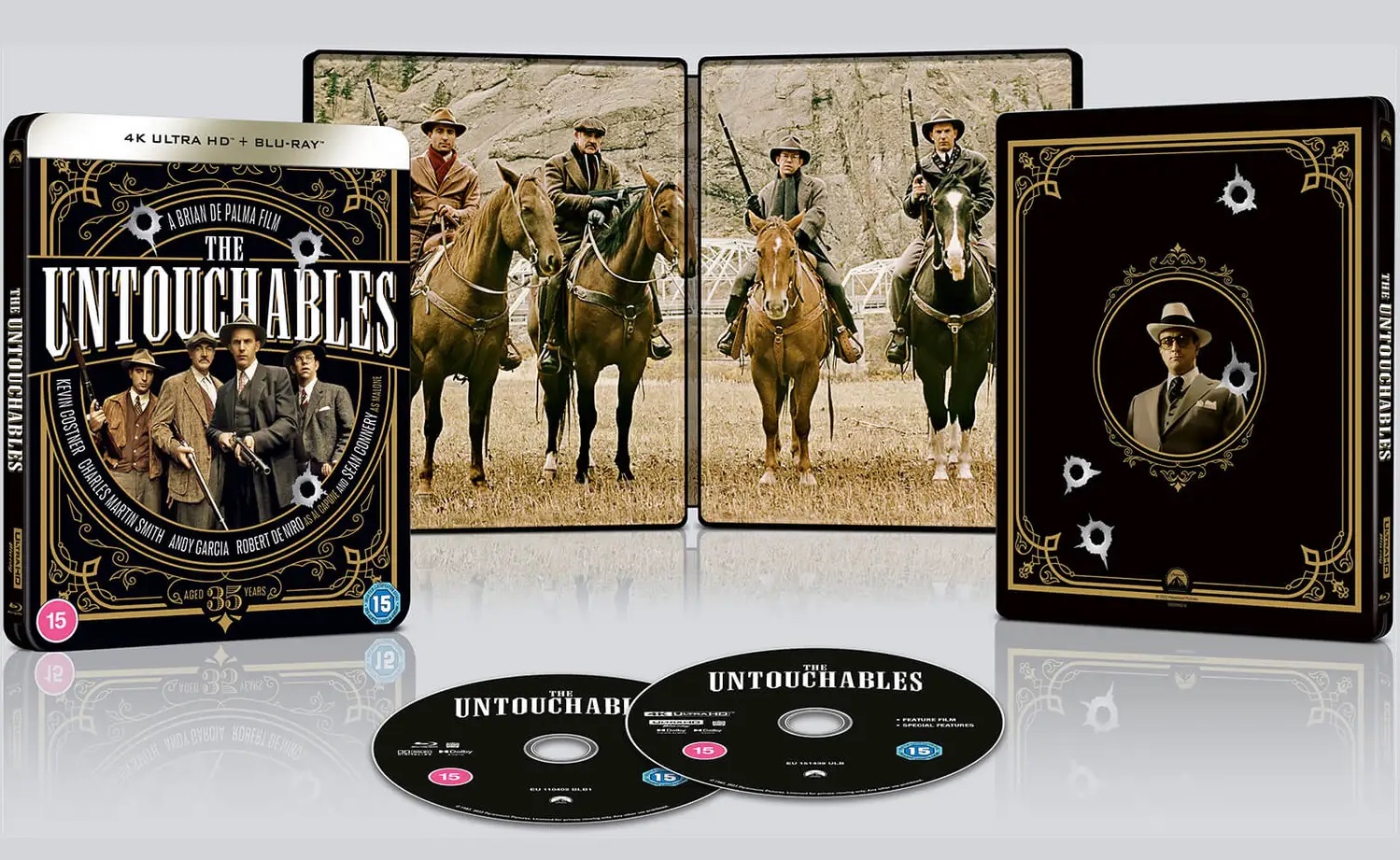 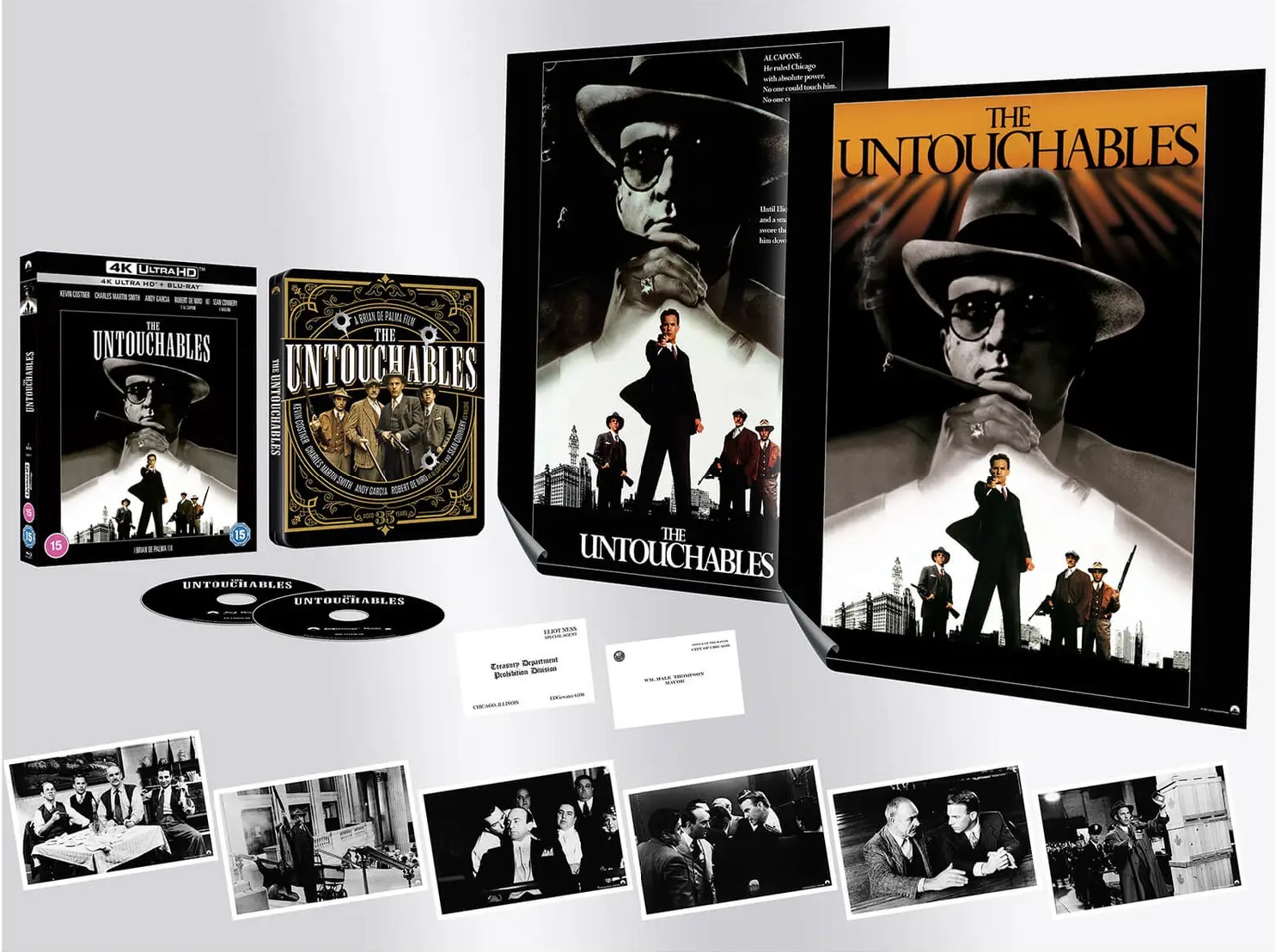