Not a steelbook release, but latest entry in the Puppet Master series is getting a Zavvi exclusive Blu-ray release, complete with a set of collectible art cards.

Pre-orders will be live from around 6pm UK time on Sunday May 19th, so ignore the ‘sold out’ notice before then.

When recently divorced Edgar (Thomas Lennon) returns to his childhood home he finds a nefarious looking puppet and decides to sell the doll for a quick buck. Bringing along his new girlfriend Ashley (Jenny Pellicer) and nerdy pal Markowitz (Nelson Franklin), Edgar heads on a doomed road trip to a puppet auction celebrating the 30th anniversary of the infamous Toulon Murders. But all hell breaks loose when a strange force animates the puppets at the convention, setting them on a bloody killing spree motivated by an evil as old as time.

With twenty-one scenes of graphic puppet violence and a score from composing legend Fabio Frizzi (The Beyond, City of the Living Dead), FANGORIA presents Puppet Master: The Littlest Reich – the wildest, craziest and goriest movie of the year. Fasten your seat belts, it’s going to be a bloody ride! 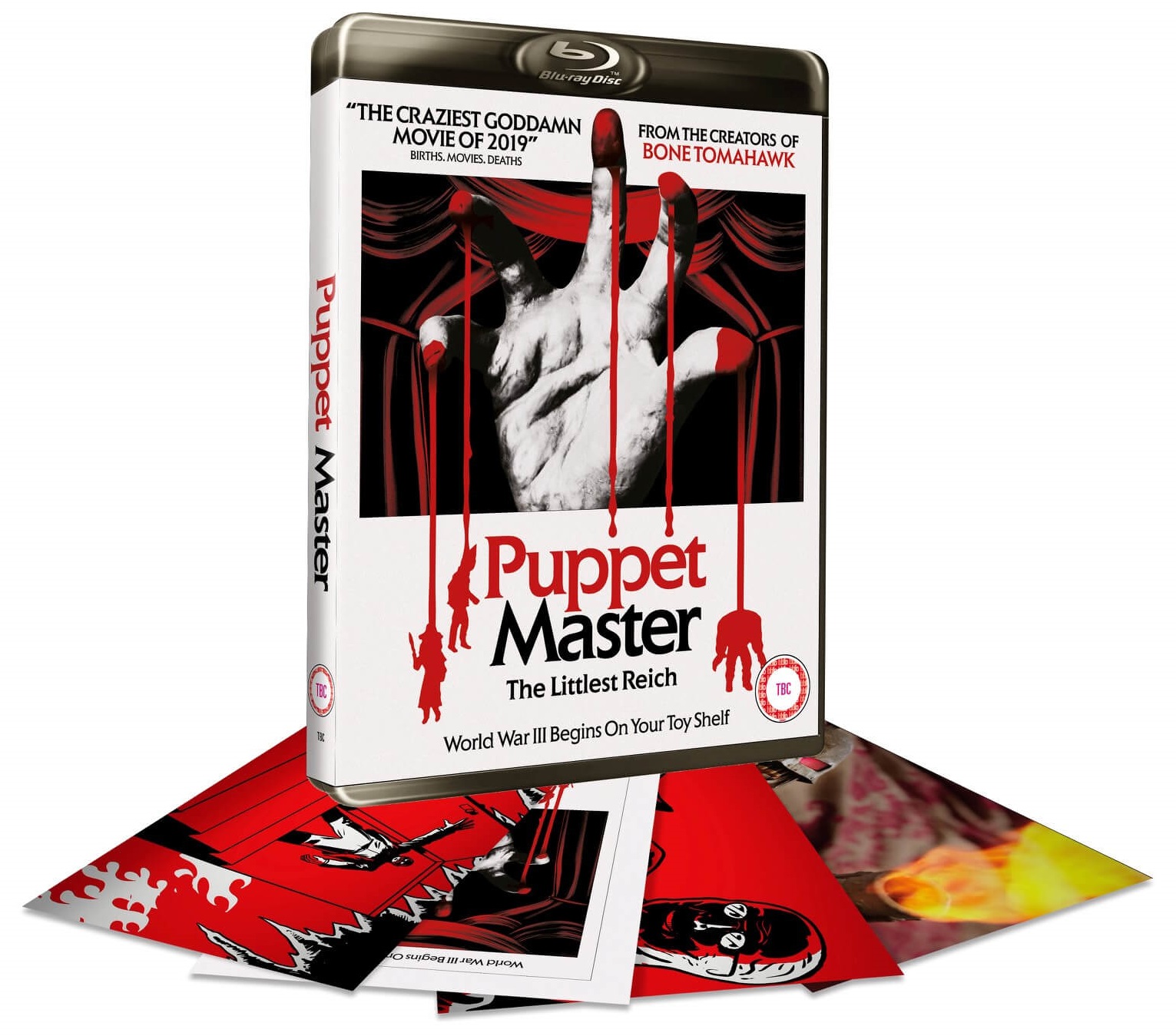