CULTURE TRUMPET – Titanic and Me

When I was 7 years old my parents bought me a book; the subject of which would affect me for the rest of my life. It was about a ship that, on it’s maiden voyage, struck an iceberg and sank; fifteen hundred hundred people losing their lives in the process. The ship was of course the Titanic. I remember opening the book for the first time and staring in awe at Ken Marschall’s evocative painting of the ship’s stern lifting out of the water. I was captivated.

The tale of the Titanic is a story that I’m confident most in the western world know and could probably repeat the bare bones of quite easily. In a way the Titanic never left us at all and has outlasted all it’s brethren; it’s story kept alive and well for almost 110 years. But why the Titanic? It’s certainly not the only devastating peacetime tragedy to have shocked the world before or after. In my lifetime alone I can think of others, Chernobyl, Challenger, the Herald of Free Enterprise, Piper Alpha to name but a few. But the Titanic is the one we all know and it happened long before all but a select few people alive today were born. So many aspects make it a compelling true life tale. The press reports of it being unsinkable, the band, the maiden voyage and the loss of life. 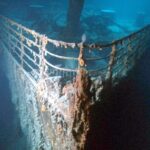 Culturally the Titanic and it’s fate can be argued to have had a colossal effect upon the 20th century onwards. Countless books, films, documentaries, exhibitions and memorabilia have always been around to keep the story alive. Not even a month had passed before the tragedy had been adapted for the big screen in ‘Saved from the Titanic’, co-written by a survivor. In fact 1912 saw not one but three films about disaster. Other later films of note include ‘A Night to Remember’ (1958) and James Cameron’s relatively recent account, ‘Titanic’ (1997). The latter film breaking all existing box office records to be the highest grossing film in history and holding on to that mantle for over a decade. The Titanic was even brought back from the depths in the infamous box office bomb, ‘Raise the Titanic’ (1980). Beyond the retelling of the disaster it could be further argued that the sinking has influenced a plethora of cinematic tales, such as the Poseidon Adventure and The Towering Inferno. A common theme being our utter faith in our technology being tested to destruction by the overwhelming power of nature. 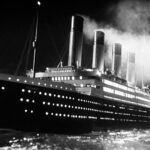 I’m drawn back to the disaster in a very personal way roughly once a year at least. Firstly, it’s due to the grandeur and beauty of the liner itself. For me the Titanic itself wasn’t just any ship; looking at the many photos of her and her sister, Olympic, they were truly beautiful ships, almost works of art. Many words are often devoted to her interior luxury but I am always drawn to her exterior. I can’t think of another liner that matches their beautiful lines. When viewed from a rear angle her profile is far from straight, instead subtly curving upwards along her sides before reaching the bow. Britannic, the fated third sister, never met the standards of her older siblings due to hospital ship paint and ugly lifeboat gantries, hurriedly added after the loss of the Titanic.

Elegance and aloofness are the words that are conjured up by the Edwardian first class amongst. How people and times have changed in the short 110 years since. It was truly inconceivable that the Titanic could possibly sink. One can only imagine when they realised they were so wrong how they could have felt. I’m reminded of the reaction to Michael Goodcliffe’s turn as Thomas Andrews, Titanic’s designer, in ‘A Night to Remember’ when he responds to a question over Titanic’s unsinkable nature “She is made of iron, sir. I assure you she can. And she will.”.

But what really cuts through it all is the utter sense of tragedy and loss. As much as it fascinates me, the Titanic haunts me almost as if I were one of the souls on the ship itself. Words can never convey the sheer terror of the ordeal, the separation from and loss of loved ones and the feelings of safety, luxury and comfort that within minutes were turned upside down. The experience must have been, well again, there are no words. 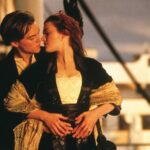 Today, 110 years later we live in a world so different from those days in 1912 but Titanic is still with us. I look at photos of the wreck and I’m saddened, sometimes angry, sometimes disgusted. However much I or anyone else is interested or devoted to the Titanic, the ship, the people or the story, we can’t forget what the man who found the wreck in 1985, Dr. Robert Ballard, has repeatedly stated – that the Titanic is first and foremost a grave. Since its discovery in 1985 the wreck has been visited countless times for countless reasons, causing additional damage to the wreck and the removal of all kinds of objects. Surely it’s well beyond time to leave the Titanic in peace for good.