The Purge movies have really gone from strength to strength, expanding on the first movie’s low budget exploitation origins into a series of darkly pointed and relevant commentaries on the modern world, and the USA in particular.

The ‘world’ is set to be expanded further with an upcoming TV mini series, but in the meantime the latest movie, The First Purge, takes a look at the origins of the twisted annual tradition.

HMV are bringing us a 4K/Blu-ray steelbook in October, and while final art is TBC, pre-orders are live right now.

Behind every tradition lies a revolution. Next Independence Day, witness the rise of our country’s 12 hours of annual lawlessness. Welcome to the movement that began as a simple experiment: The First Purge. To push the crime rate below one percent for the rest of the year, the New Founding Fathers of America (NFFA) test a sociological theory that vents aggression for one night in one isolated community. But when the violence of oppressors meets the rage of the marginalized, the contagion will explode from the trial-city borders and spread across the nation. 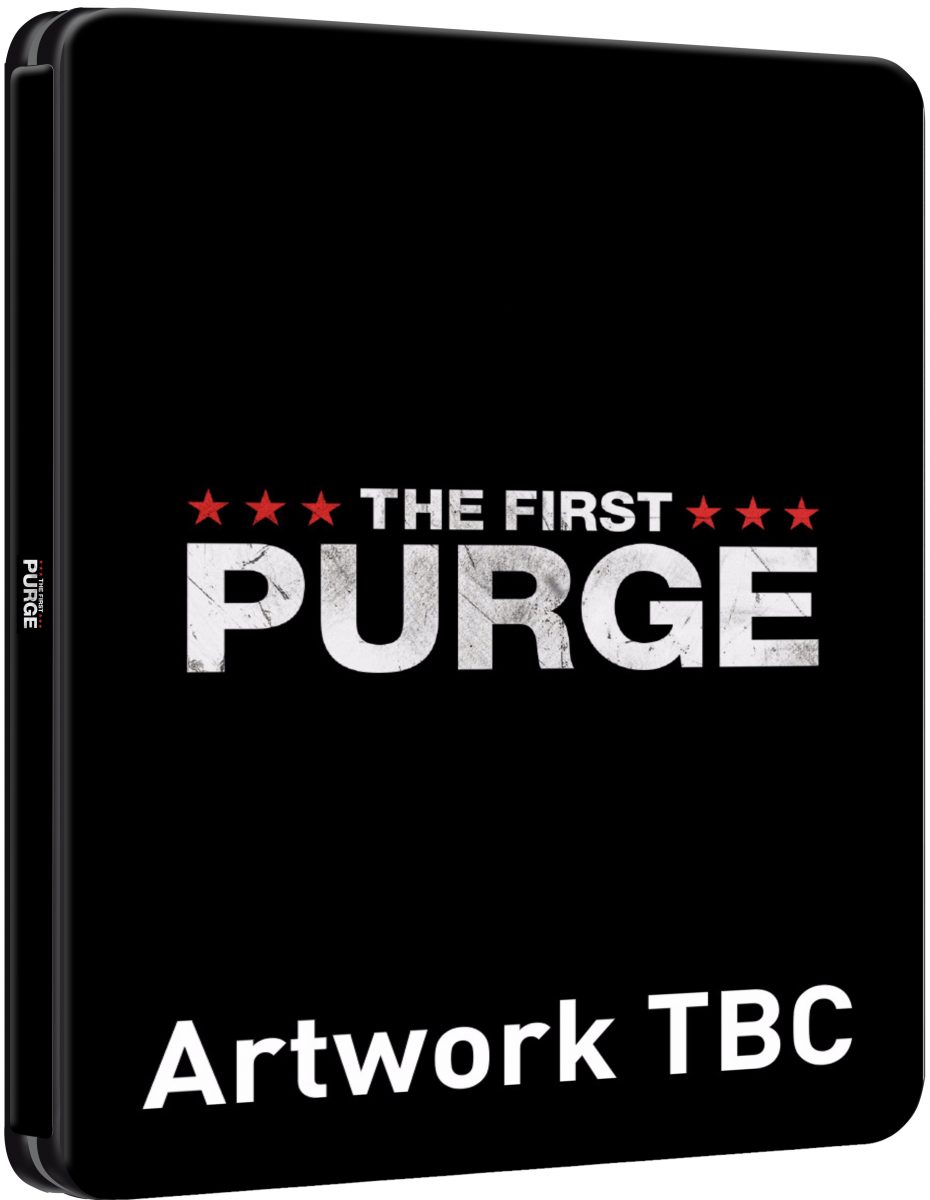