While sci-fi fans wait for Denis Villeneuve’s upcoming adaptation of Dune later this year, Arrow are bringing us a new 4K restoration of David Lynch’s bonkers 1984 version, which will available in a choice of editions, complete with lobby cards, poster, books, and hours of extras.

Zavvi will be releasing a pair of 4K/Blu-ray Steelbook exclusives, while you’ll also be able to choose from non-exclusive 4K and Blu-ray Collectors Editions.

If the steelbook, featuring the original theatrical poster art, isn’t your thing, then the Collectors Edition features different artwork and in-box extras, with a choice of 4K or Blu-ray editions. All versions will also include a packed Blu-ray bonus disc.

Pre-orders are live right now, and we’ll add links for the non-exclusive editions as we get them.

Following a notorious aborted attempt by Alejandro Jodorowsky in the 1970s, Frank Herbert’s bestselling sci-fi epic Dune finally made it to the big screen as the third film by emerging surrealist wunderkind David Lynch, featuring an all-star cast that includes several of Lynch’s regular collaborators.

The year is 10,191, and four planets are embroiled in a secret plot to wrest control of the Spice Melange, the most precious substance in the universe and found only on the planet Arrakis. A feud between two powerful dynasties, House Atreides and House Harkonnen, is manipulated from afar by ruling powers that conspire to keep their grip on the spice. As the two families clash on Arrakis, Duke Atreides’ son Paul (Kyle MacLachlan, in his screen debut) finds himself at the center of an intergalactic war and an ancient prophecy that could change the galaxy forever.

Though its initial reception ensured that Lynch largely eschewed mainstream filmmaking for the rest of his career, Dune has since been rightly re-evaluated as one of the most startlingly original and visionary science fiction films of the 1980s. Its astonishing production design and visual effects can now be appreciated anew in this spellbinding 4K restoration, accompanied by hours of comprehensive bonus features.

*** EXTRAS STILL IN PRODUCTION AND SUBJECT TO CHANGE *** 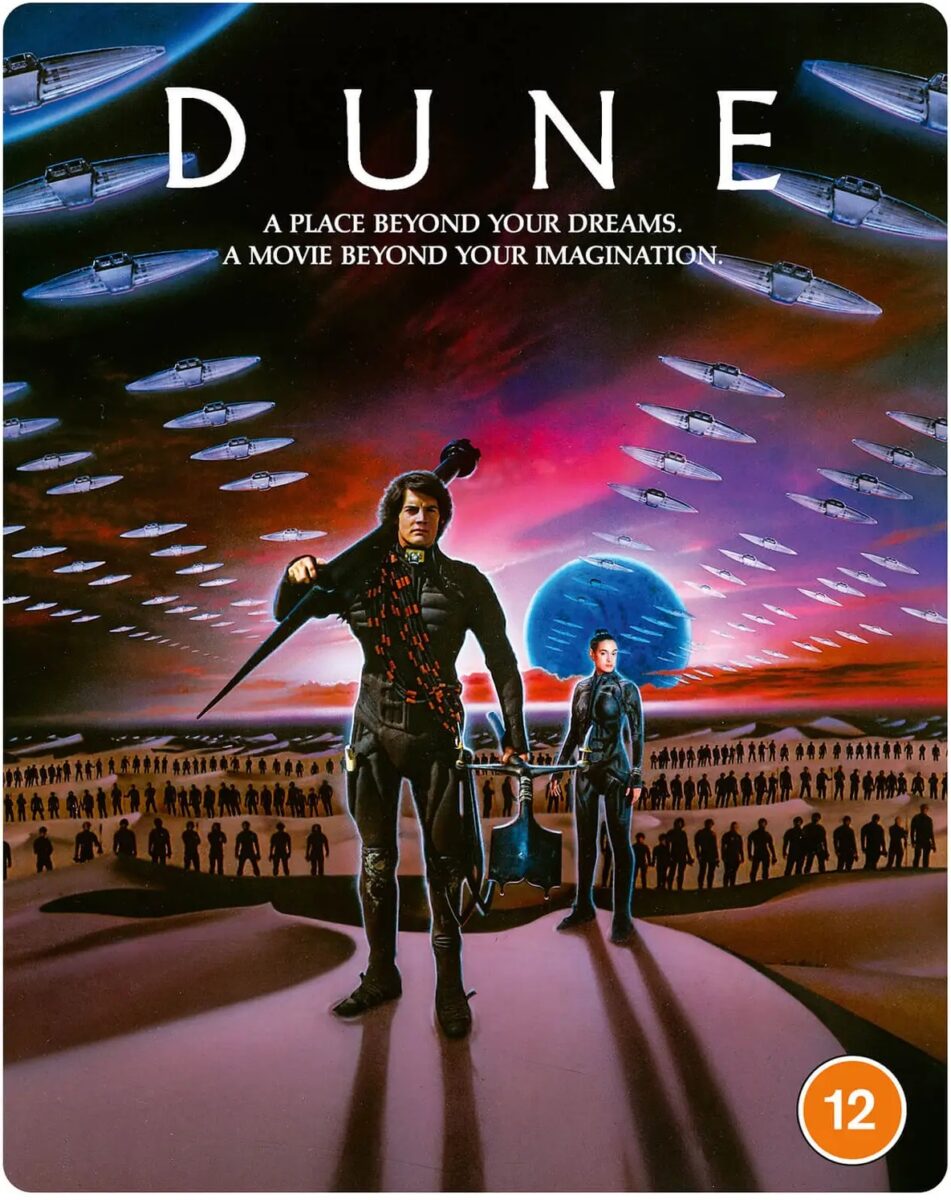 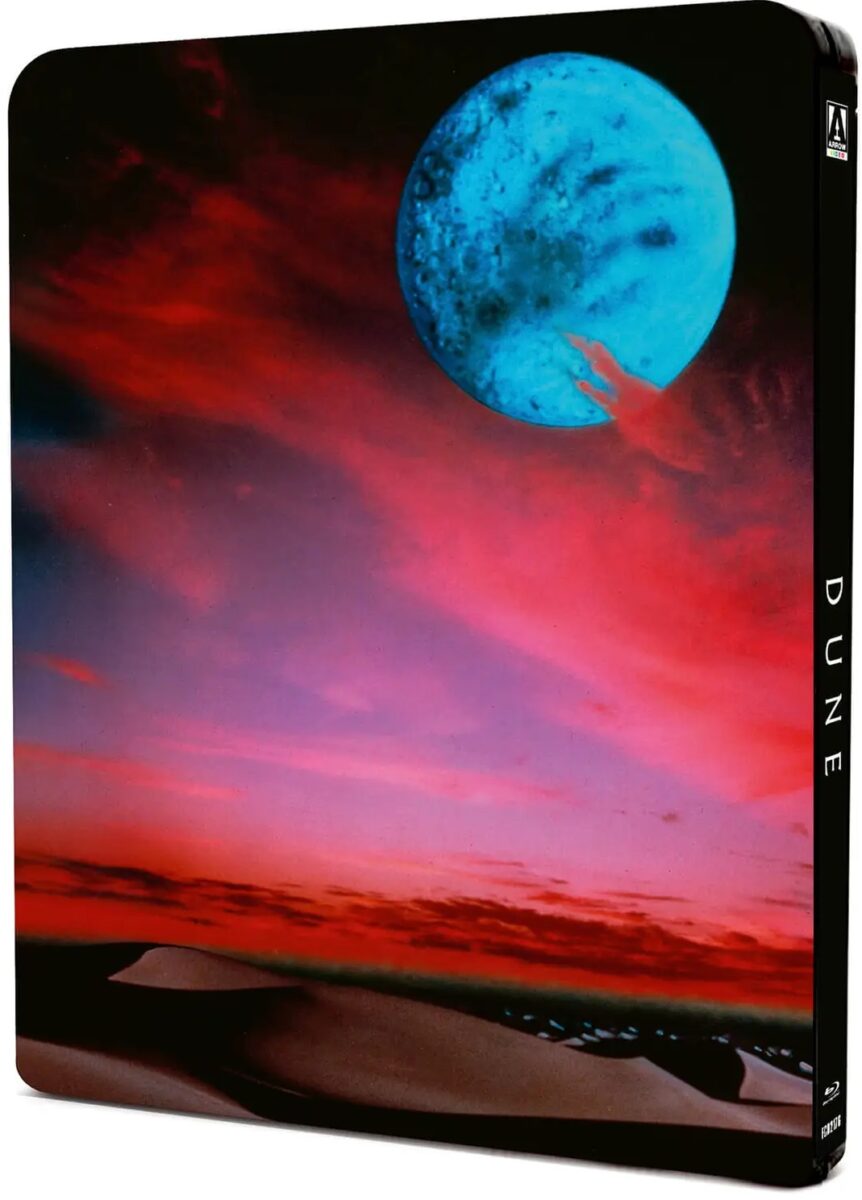 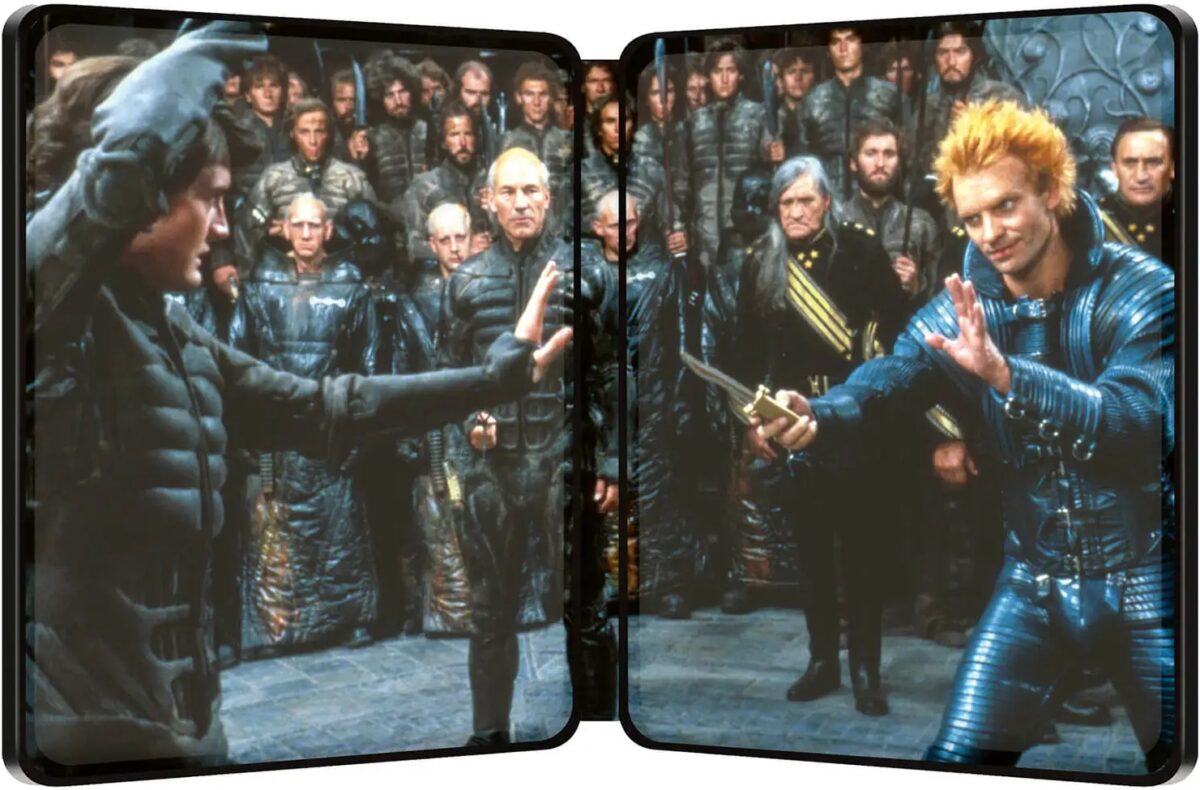 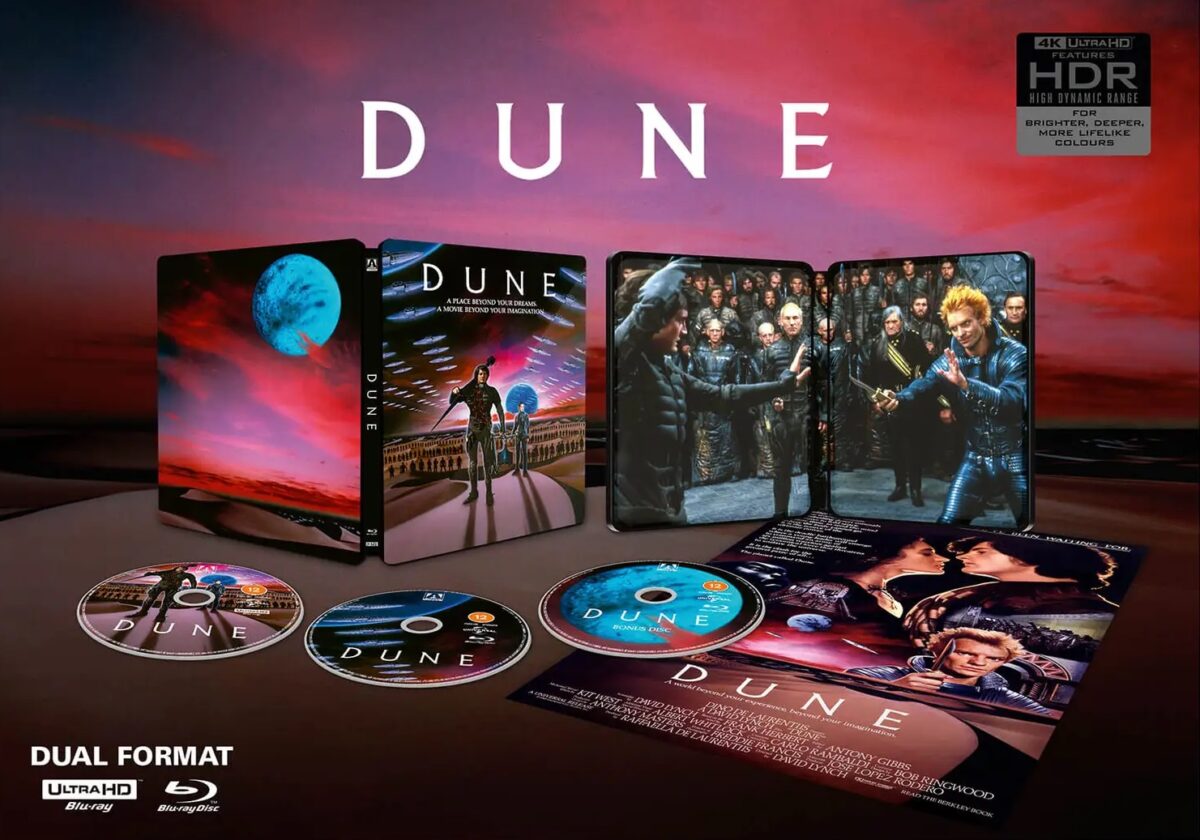 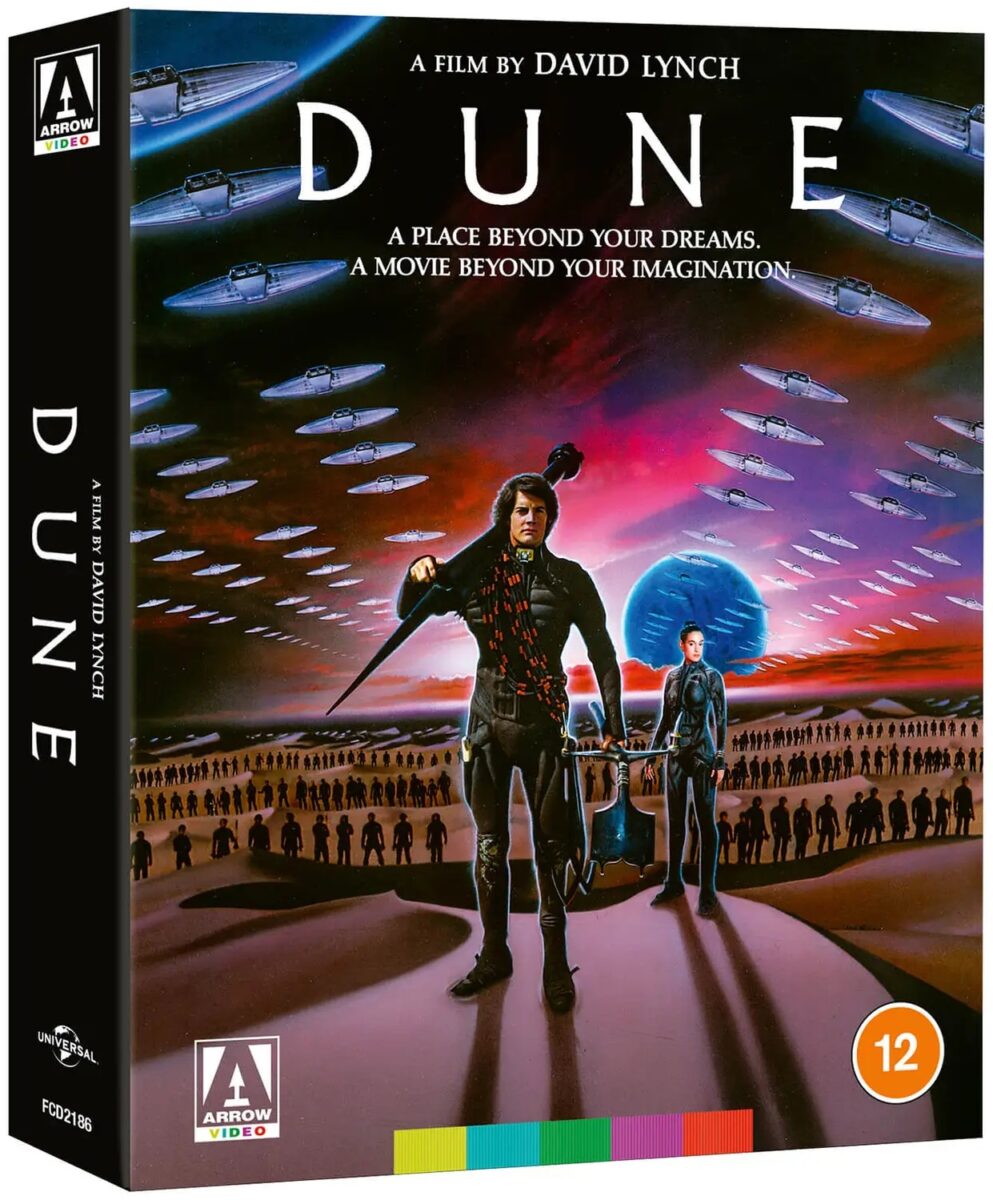 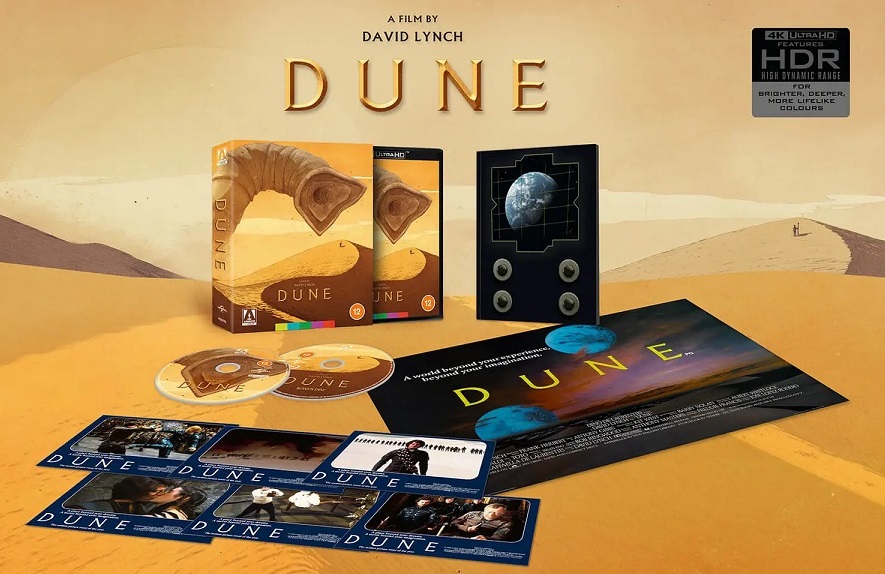 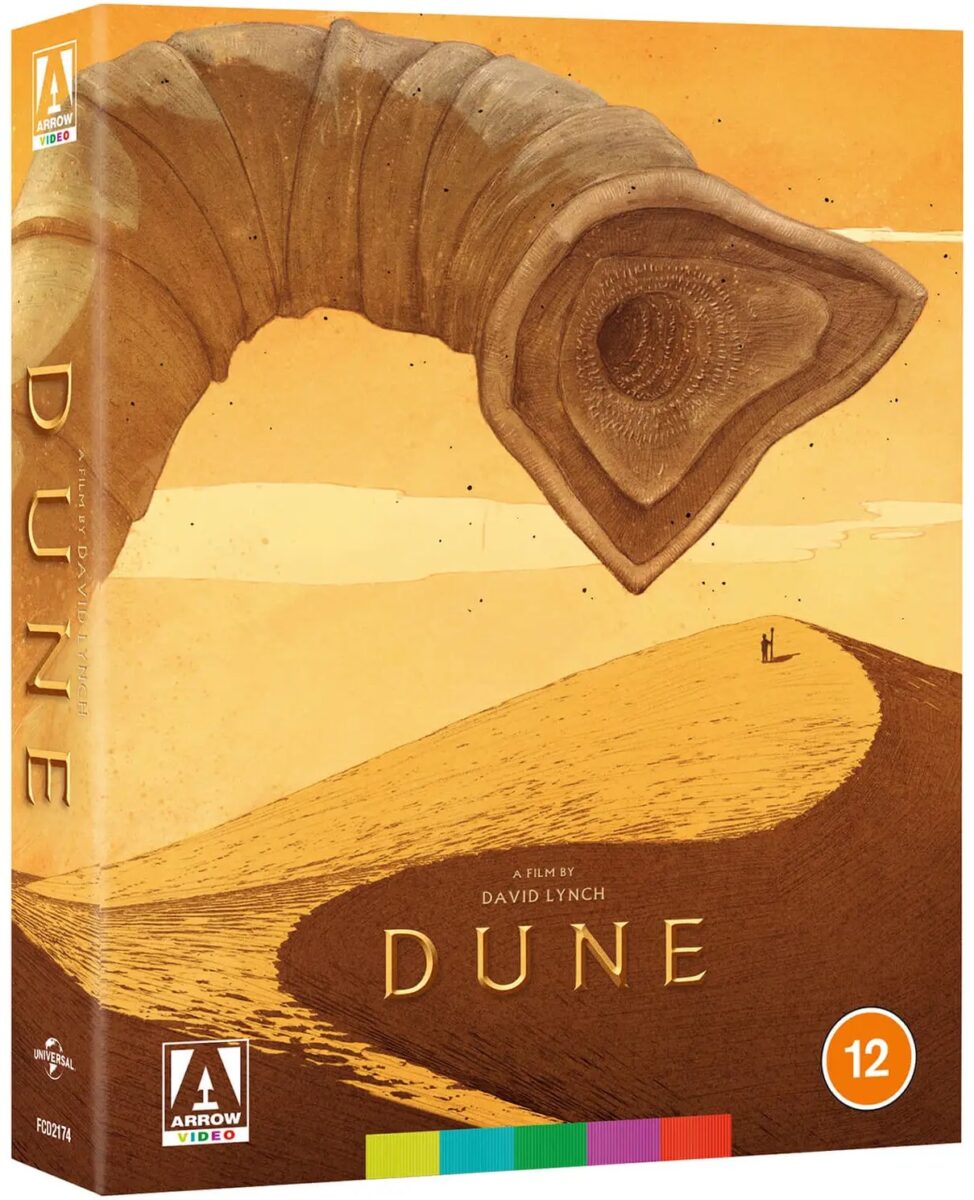