DC’s critically acclaimed “Joker” is getting a 4K Steelbook release

Following the … mixed … reactions to their movies so far, DC took a bold step with Joker, which brings their iconic villain back to the big screen in a period-set, standalone drama.

The gamble seems to have paid off, with the film getting almost universally positive reviews, and star Joaquin Phoenix (perhaps not everyone’s first choice to headline such a film) being praised for his performance.

The movie is getting a 4K steelbook release in the UK, while the final art and release date are still TBC, pre-orders are live now. This isn’t listed an exclusive, so we’ll add more links as we get them.

UPDATE 1– Amazon are listing their pre-order as an exclusive edition. We’re not sure yet if that’s just an error, or if it IS exclusive, what the difference will be. So bear that in mind when ordering.

UPDATE 2 – Zavvi have sold out of their allocation. If they get more, we’ll keep you updated!

Forever alone in a crowd, failed comedian Arthur Fleck seeks connection as he walks the streets of Gotham City. Arthur wears two masks — the one he paints for his day job as a clown, and the guise he projects in a futile attempt to feel like he’s part of the world around him. Isolated, bullied and disregarded by society, Fleck begins a slow descent into madness as he transforms into the criminal mastermind known as the Joker. 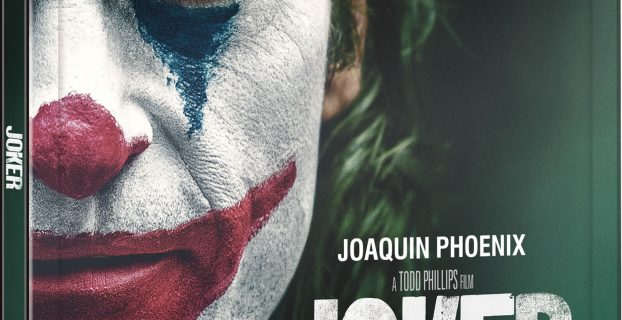