Zavvi and Mondo have once again teamed up to bring us a stunning new steelbook release of the Disney’s mega-hit Frozen, which features artwork from the very talented Tom Whalen (who produced the stunning artwork used on the Mondo release of The Incredibles).

Featuring the voices of Kristen Bell and Idina Menzel, “Frozen” is the coolest comedy-adventure ever to hit the big screen. When a prophecy traps a kingdom in eternal winter, Anna, a fearless optimist, teams up with extreme mountain man Kristoff and his sidekick reindeer Sven on an epic journey to find Anna’s sister Elsa, the Snow Queen, and put an end to her icy spell. Encountering mystical trolls, a funny snowman named Olaf, everest-like extremes and magic at every turn, Anna and Kristoff battle the elements in a race to save the kingdom from destruction. 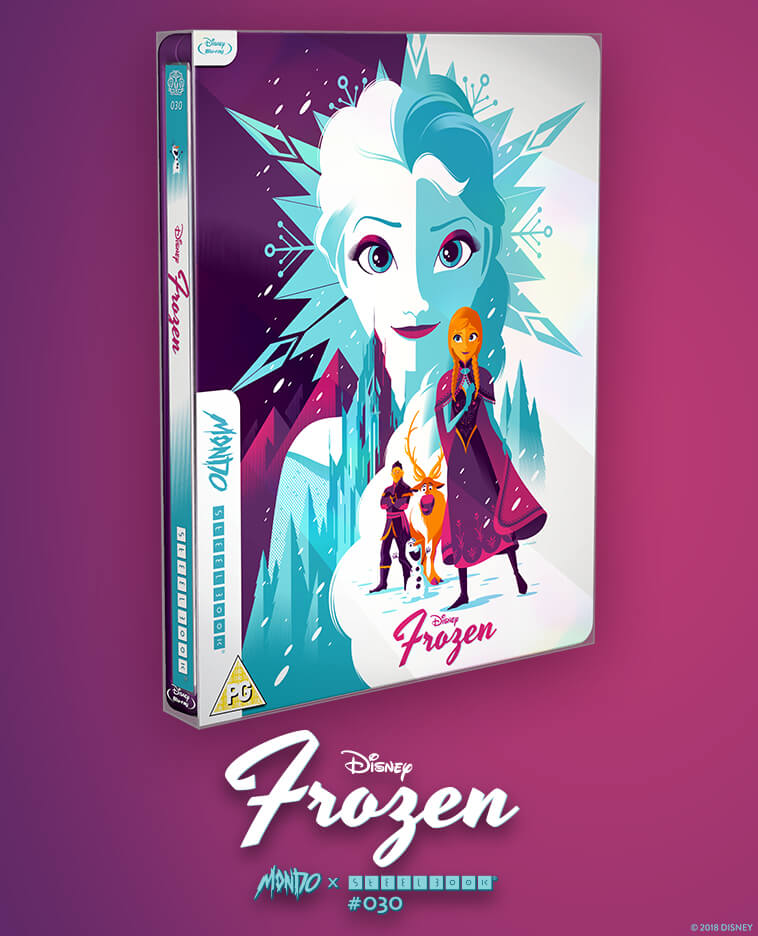 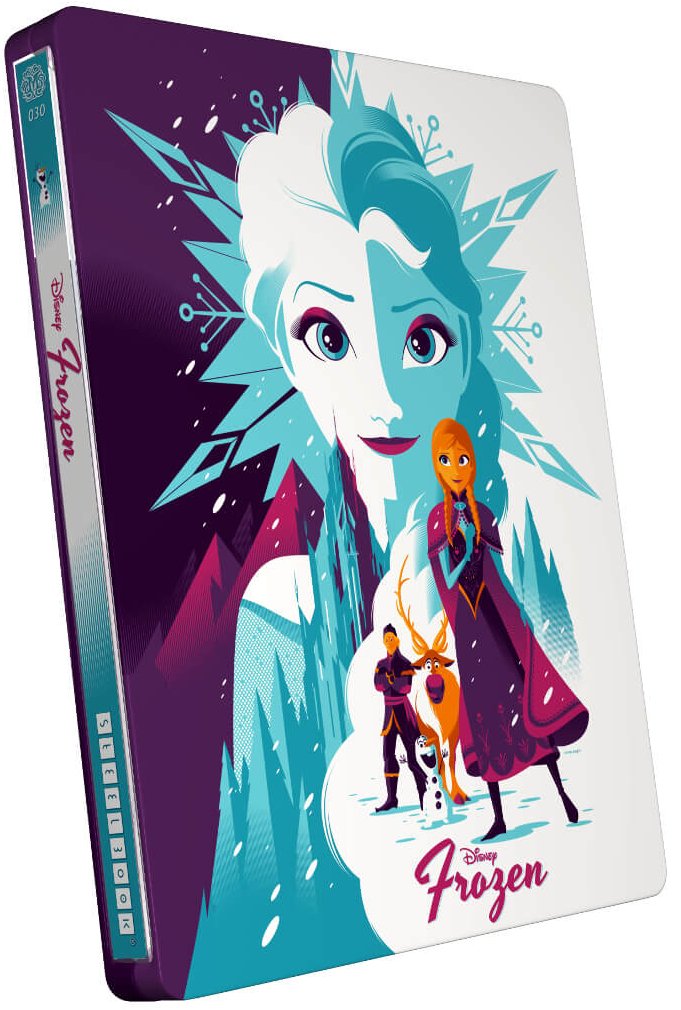 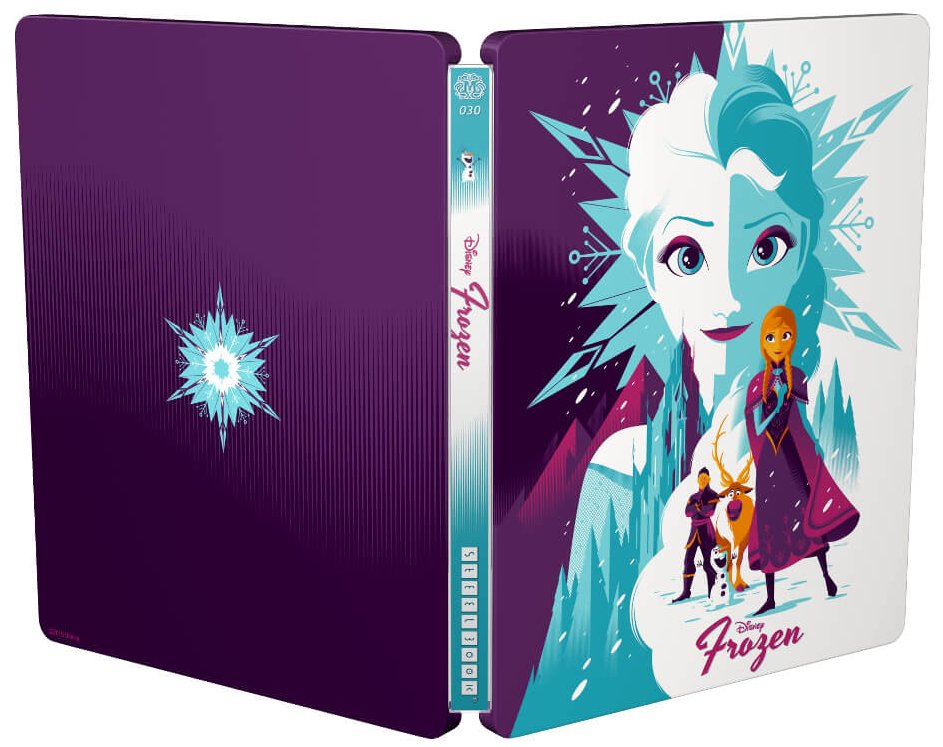 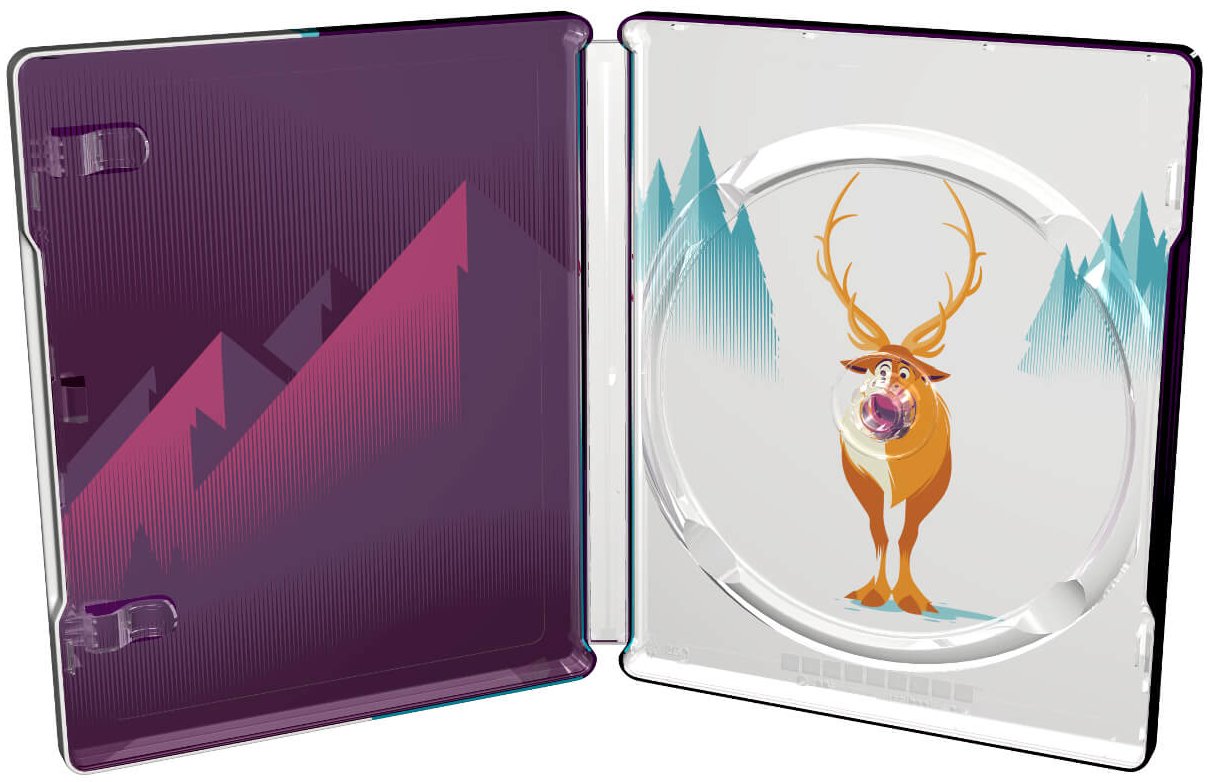