UPDATE – It has been reported that HMV have entered into administration. At the time of writing it’s not known what will happen with this release, or any pre-orders already placed, so for now we’re removing the pre-order link.

After the mess that was Justice League, the latest Warner Bros/DC movie, Aquaman, looks like lots of fun, and is picking much more positive reviews from early screenings.

As usual for Warner releases, HMV are bringing us the UK steelbook release, which will include the movie on 4K and Blu-ray discs.

From Warner Bros. Pictures and director James Wan comes an action-packed adventure that spans the vast, visually breathtaking underwater world of the seven seas, Aquaman, starring Jason Momoa in the title role. The film reveals the origin story of half-human, half-Atlantean Arthur Curry and takes him on the journey of his lifetime — one that will not only force him to face who he really is, but to discover if he is worthy of who he was born to be … a king” 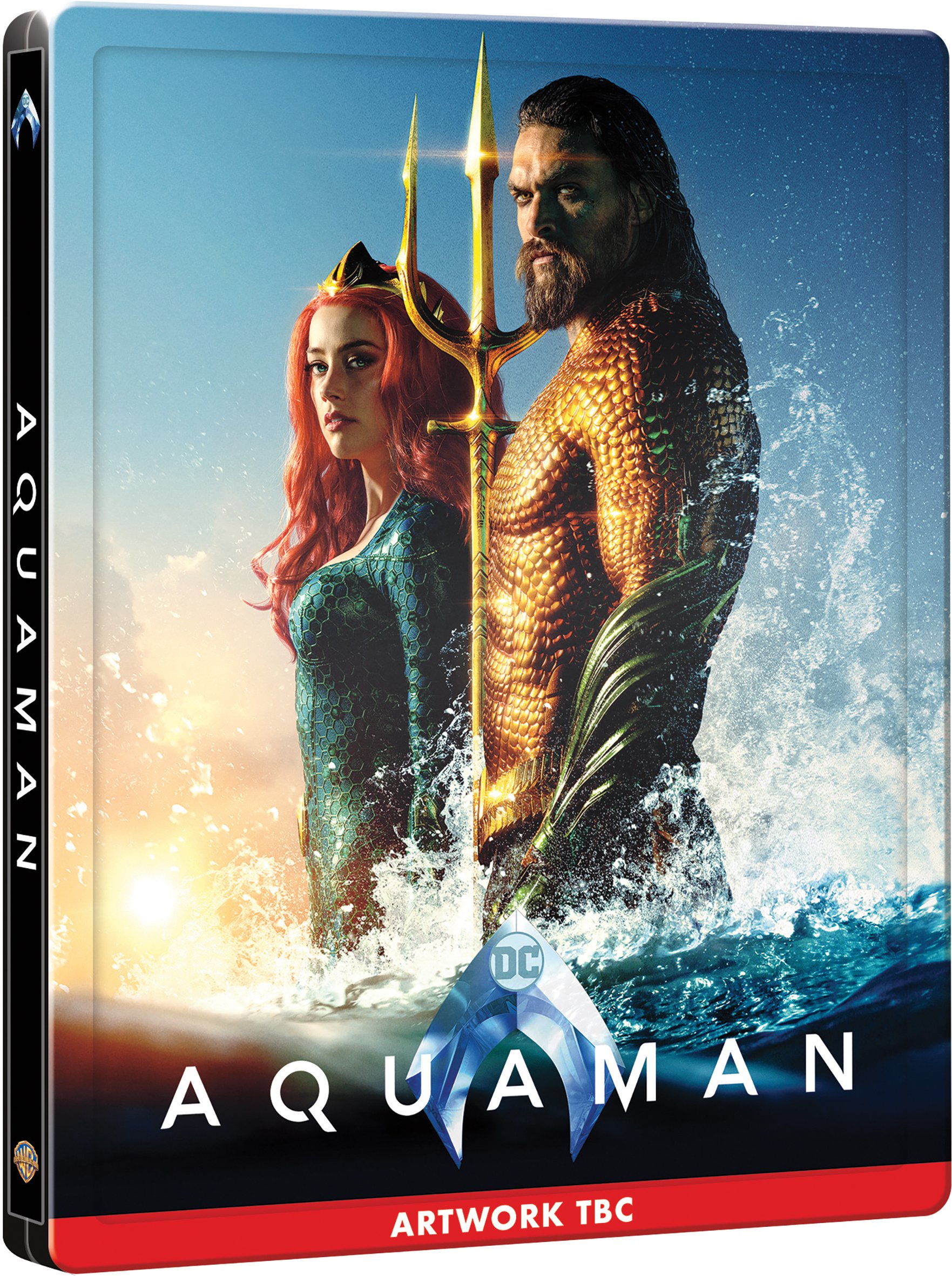