The year’s best TV show, “Chernobyl”, is getting a UK Steelbook release in November

Better late than never, the superb Chernobyl is finally getting a UK steelbook release on November 4th.

While we expect the discs to be the same as before – disappointingly light on extras – the release will include a new, exclusive booklet. Either way, if you haven’t seen this show already, you really, really should.

Final art is TBC, but pre-orders are live now. We’ll add more links if we get them.

This is the Blu-ray Steelbook edition which features an exclusive booklet! Jared Harris (The Crown, Mad Men), Stellan Skarsgård (Breaking the Waves, Good Will Hunting) and Emily Watson (Breaking the Waves, Apple Tree Yard) star in Chernobyl, the critically acclaimed five-part mini-series. On April 26, 1986, the Chernobyl Nuclear Power Plant in Ukrainian SSR suffered a massive explosion that released radioactive material across Belarus, Russia and Ukraine and as far as Scandinavia and Western Europe. Dramatising the true story of the 1986 nuclear accident, one of the worst man-made catastrophes in history, Chernobyl shines a light on the brave men and women who fought an unprecedented war against an invisible enemy, and who suffered and sacrificed, saving millions of lives, often at the cost of their own. 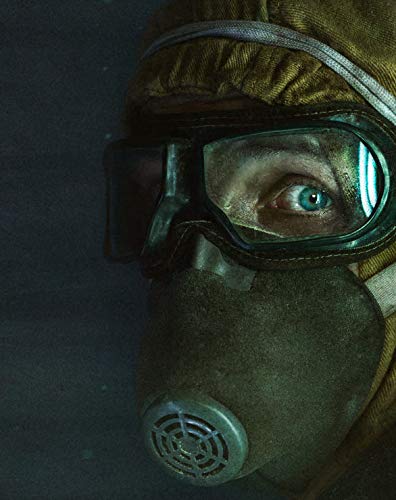