Disney’s “Brother Bear” is getting the Zavvi exclusive Steelbook treatment

The release date is listed as June 22nd, but this is only a few weeks away, and pre-orders aren’t live yet, so it may well change.

Zavvi Exclusive Steelbook – Limited to 300 copies. This is Number 34 in the Disney Collection

Disney proudly presents, Brother Bear, an epic animated adventure full of comedy and heart. When an impulsive boy named Kenai is magically transformed into a bear, he must literally walk in another’s footsteps until he learns some valuable life lessons. His courageous and often zany journey introduces him to a forest full of wildlife, including the lovable bear cub Koda, hilarious moose Rutt and Tuke, wooly mammoths, rambunctious rams and more! 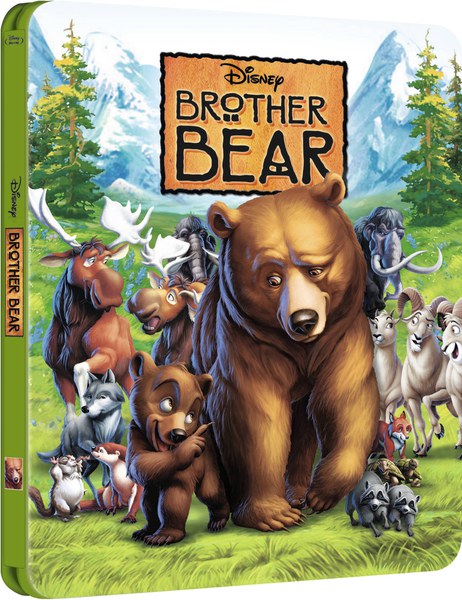