Crimson Peak, from writer/director Guillermo del Toro is a wonderfully atmospheric, creepy haunted house movie that deserved to be a far bigger hit.

Arrow are bringing us a new Limited Edition release in November, featuring a load of new on-disc and in-box extras.

Pre-orders are live now at Zavvi, and we’ll add more links as we get them.

“From the imagination of Oscar-winning director Guillermo del Toro (Pan’s Labyrinth, The Shape of Water) comes Crimson Peak, a lavish, stunningly realised journey into the dark heart of Gothic romance…

Beginning in Buffalo, New York, during the 1880s, Crimson Peak stars Mia Wasikowska (Alice in Wonderland, Stoker) as Edith Cushing, an aspiring writer who is haunted by the death of her mother. Edith’s falls in love with seductive stranger Thomas Sharpe (Tom Hiddleston, Avengers Assemble), who whisks her off to Allerdale Hall, his baronial, yet dilapidated English mansion built upon a mountain of blood-red clay. Here Edith meets Lucille (Jessica Chastain, Zero Dark Thirty), Thomas’s sister who at times seems hostile and jealous. As Edith struggles to feel at home in the imposing residence, she gradually uncovers a horrendous family secret and encounters supernatural forces that will help her discover the terrible truth behind Crimson Peak.

Boasting incredibly intricate and ornate production design and a rich visual style, del Toro’s film is a grandiose, boldly baroque triumph of Gothic decadence, which expertly combines and contrasts the sublimely beautiful with the shockingly grotesque. Crimson Peak is presented here in sumptuous special packaging, with a wealth of extra features, affording unprecedented insight in to the making of this modern Gothic classic. 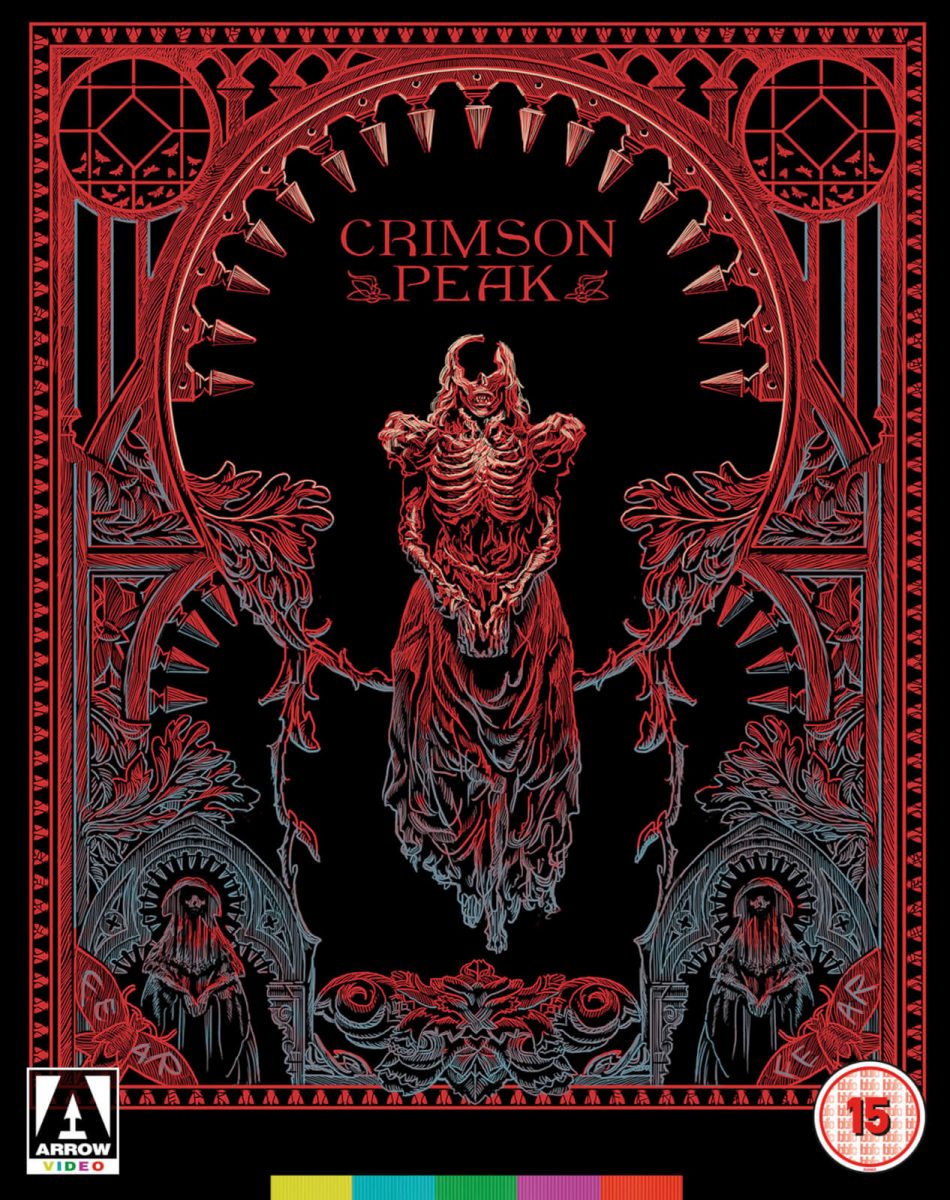 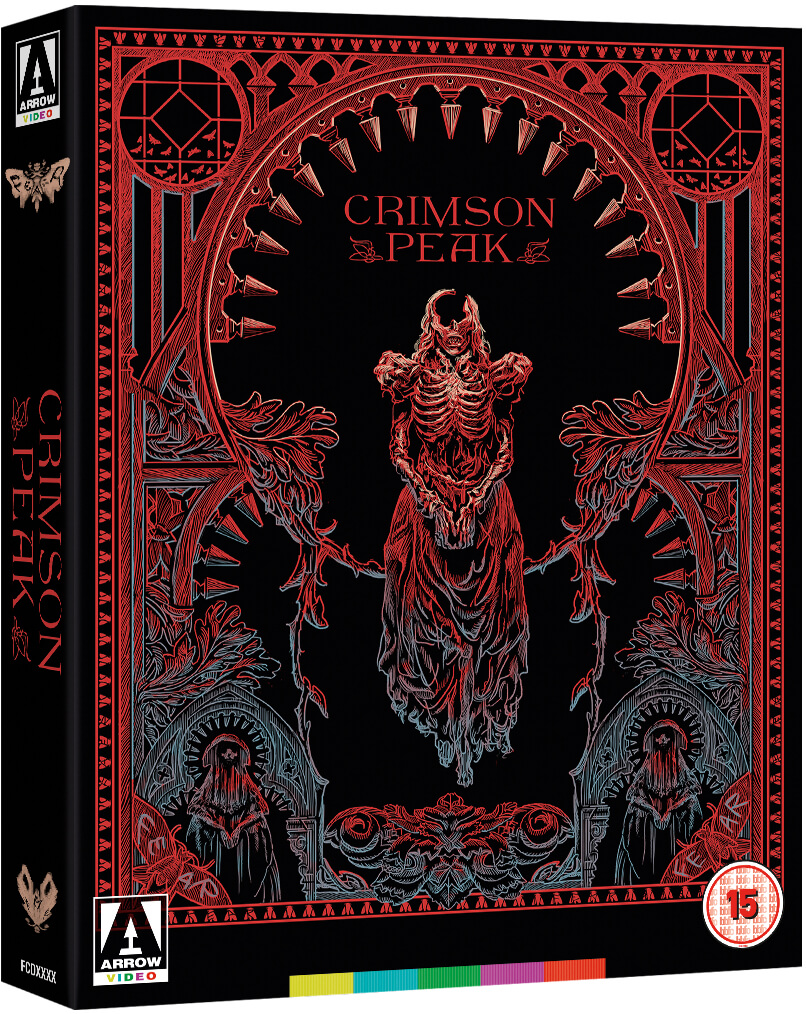 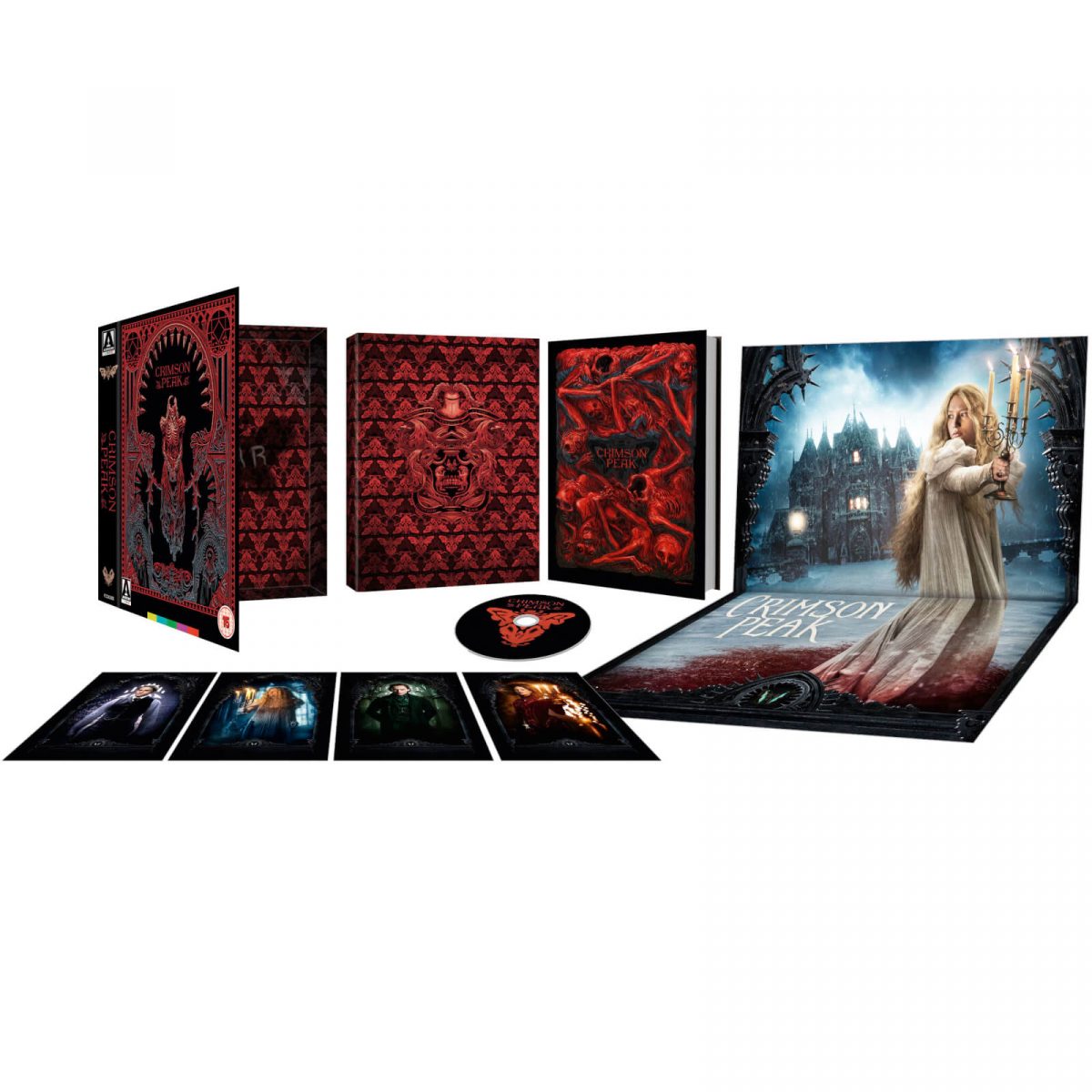