This one isn’t a steelbook, but needs bringing to your attention. The classic The Hitchhiker’s Guide To The Galaxy TV series is getting a newly remastered Blu-ray release.

The series was filmed on a mix of video and 16mm film, so there will be limits to how good the image can be made, but there’s no doubt that this is going to be the best looking release we’re ever going to get.

There will also be a new 5.1 audio mix – which, given the subject matter, has the potential to sound superb – as well as over 5 1/2 hours of extras.

There will be two releases – the standard 3-disc set, and a limited edition with the same 3 discs in retro VHS-style packaging, art cards and 24 page book.

At the time of writing Zoom are cheapest, but that may change so check all the links before you buy!

For the first time in the history of the universe, the complete Hitcher’s Guide to the Galaxy is available in high definition! The cult classic British series from the mind of Douglas Adams is back in this very special edition. Featuring all episodes in full HD and 5.1 audio plus over 5 ½ hours of new and existing bonus material.

Unbeknownst to its inhabitants, Earth is to be demolished to make way for an intergalactic highway. Arthur Dent (Simon Jones), an unassuming Englishman, is whisked off the planet to safety by his alien friend Ford Prefect (David Dixon), and launched on a dizzying journey through space and time (with only a towel, and a fish to help them) to discover the meaning of life itself. 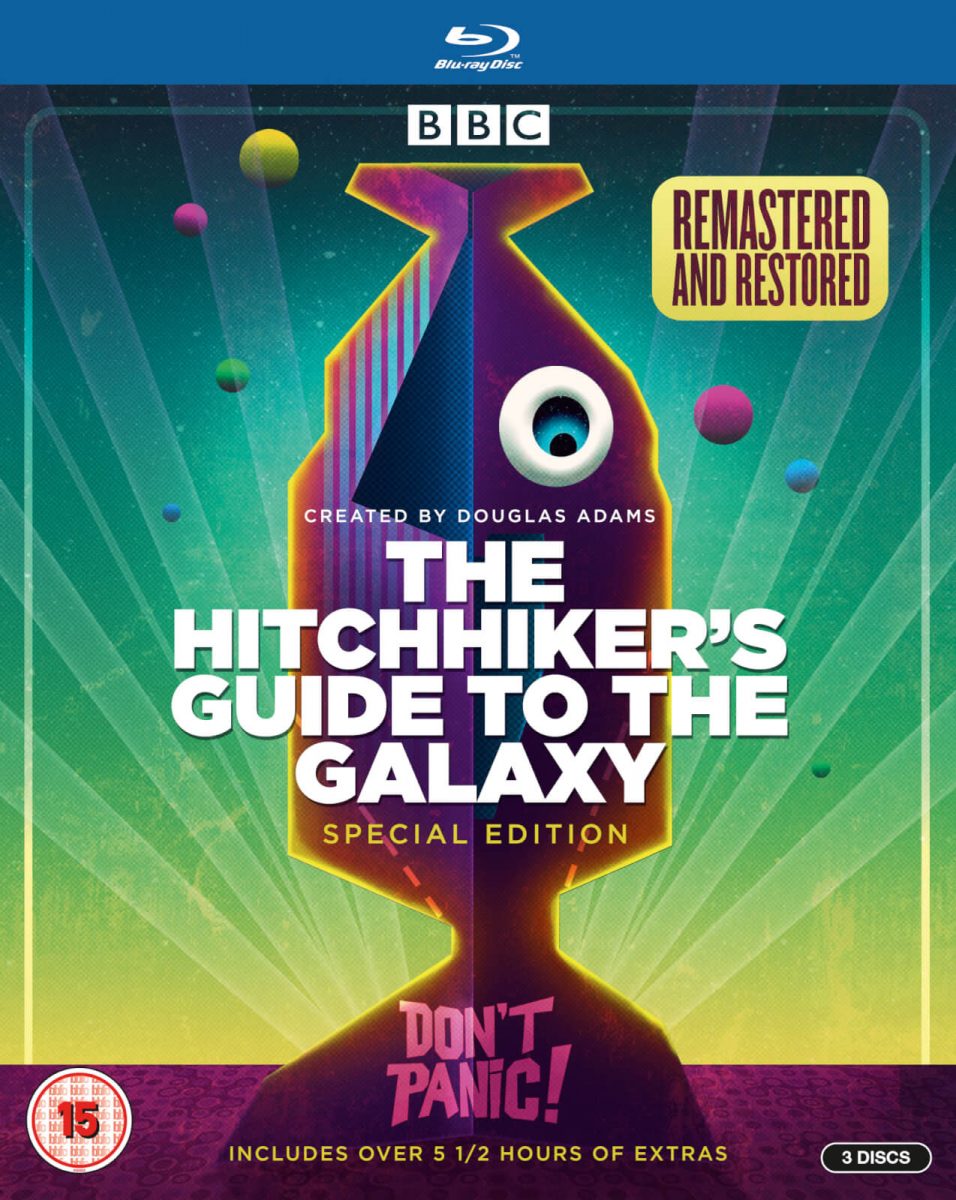 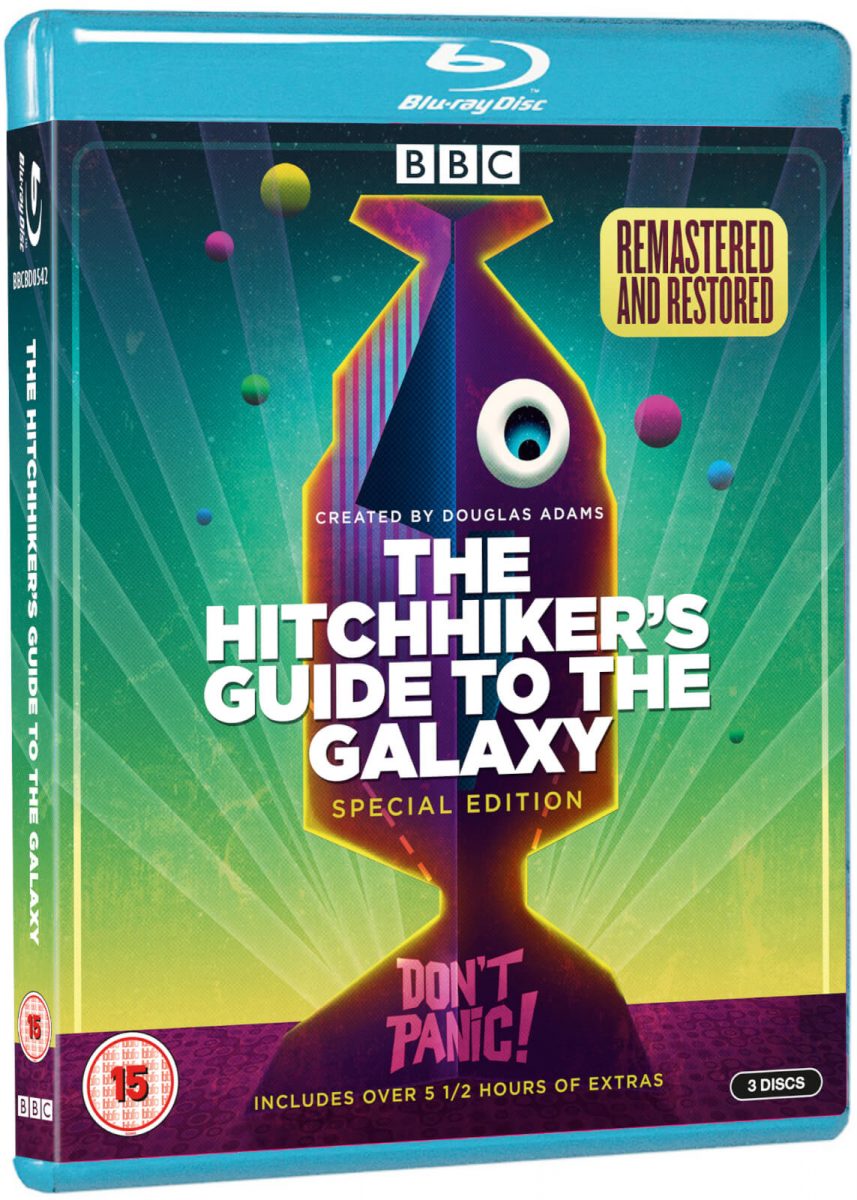 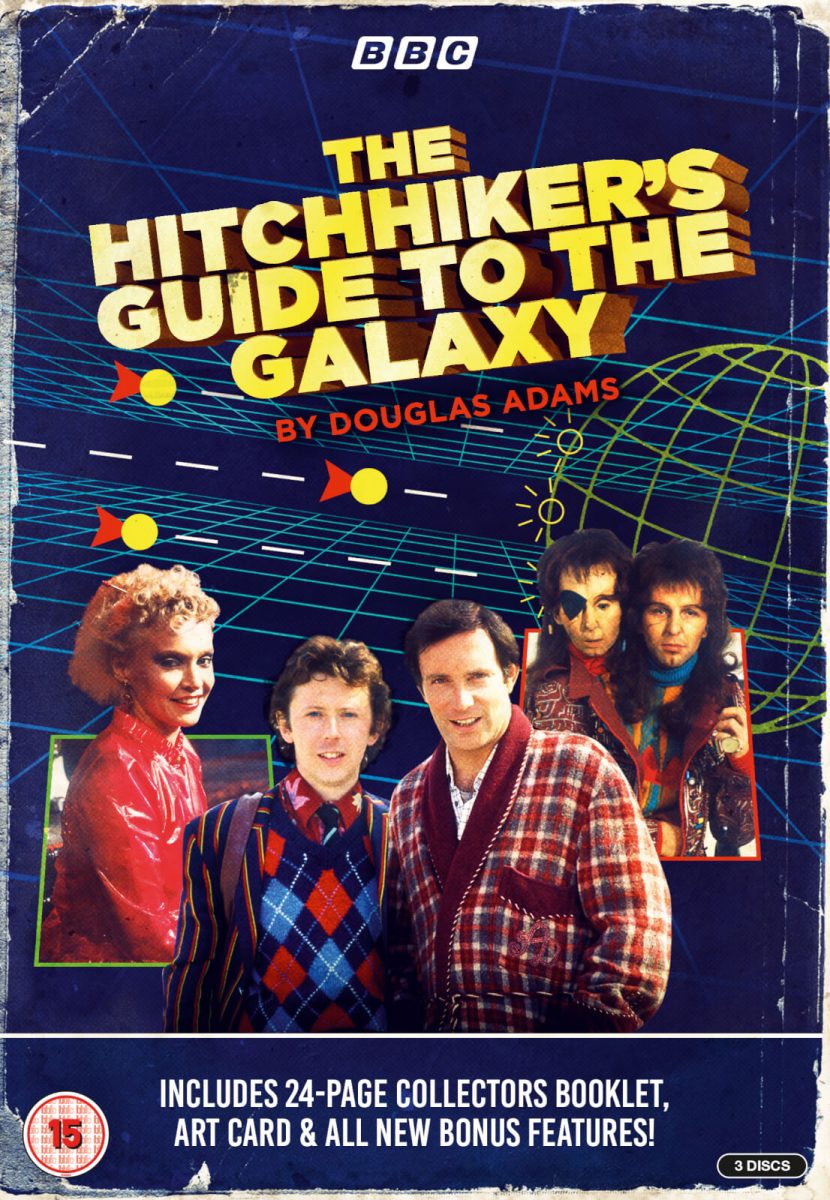